Greek Australian fencer Giorgia Salmas may only be 16 years of age, yet she already has more medals under her belt than some adults twice her age.

Rising prominently in the ranks, the young athlete is heading to the 2018 Youth Olympics that will take place in Buenos Aires, Argentina in October when the Australian Olympic Committee will send around 95 athletes aged 15-18 to have their first taste of the Olympic experience.

Giorgia’s interest in fencing began as a youngster watching the New Adventures of Zorro and The Three Musketeers on TV with her little sister. Fascinated by the swordfights, the two girls would ask their mother Sophia how one becomes a ‘musketeer’, to which she was naturally unable to reply.

Giorgia found her answer seven years ago, at the Melbourne Fencing Club in Kew. Since then it has been one success after another – so far 19 national awards and 13 international awards. 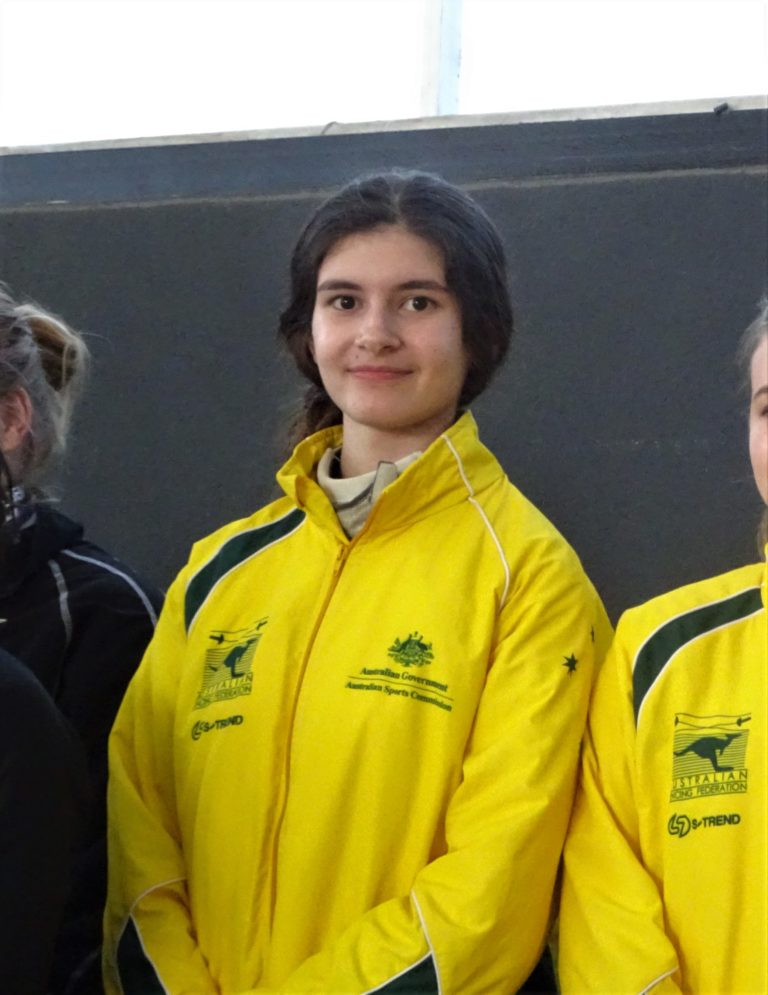 2017 brought even greater achievements for Giorgia, as she went on to win silver in the national U23 category and gold in the national cadets, but she did not stop there. Her natioanl ranking rising by the minute, she also won seven international awards, claiming bronze at the Oceania senior’s championships and gold at the Oceania cadet’s championships in New Caledonia.

Currently she sits at number 42 in the international youth fencing division (Championnats du monde juniors-cadets), awarded at the recent junior-cadet world championships in Verona, Italy. It was this achievement that qualifed her for the Australian Youth Olympic Fencing team.

Other than fencing and sports in general, Giorgia’s interests extend toward her heritage: “She’s very interested in learning ancient and modern Greek,” Sophia tells Neos Kosmos.

“She also loves to travel. She’s always travelling, she’s always in the air because she has many obligations. Right now she’s getting ready to go to Canberra to train with the Australian national team. After that, she’ll go to Sydney, where she will participate in the Cadets’ Championship, and then she’s going to England to compete in the Commonwealth Games. Giorgia will participate in both the single and team divisions, so she’ll have four events at the Commonwealth Games for fencing .”

Her mother says Giorgia’s interest in the sport is just as alive and vibrant today as it was on the day she first grabbed a sword in her hand. And judging by her efforts so far, she has the talent and all the necessary qualities to make an impact on the sport in the years to come.