The opinion offered by Minister Tudge ‘could be viewed as simplistic and unrealistic,’ says ECCV chair Kris Pavlidis 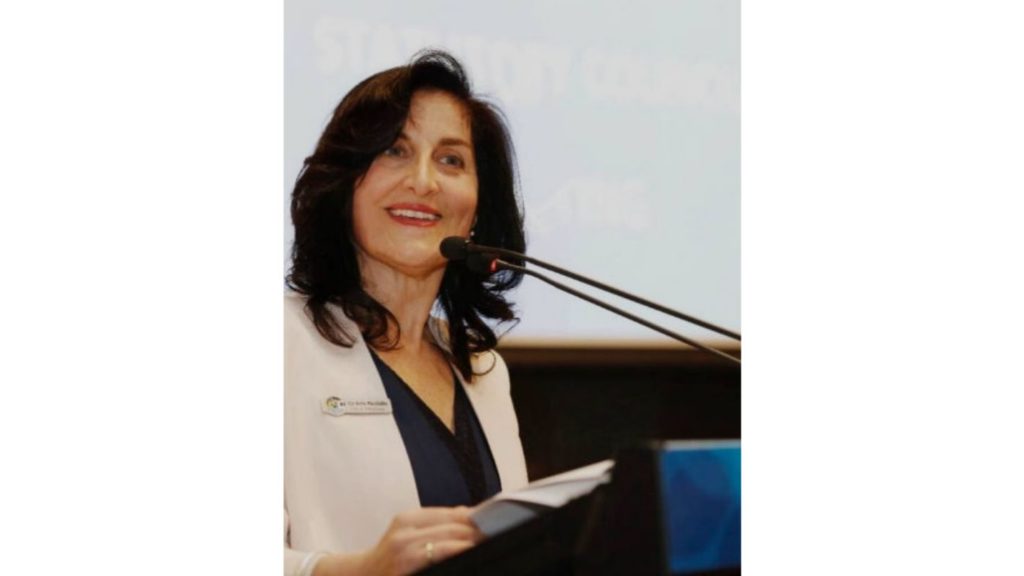 Last week, Neos Kosmos published an article by the Hon Alan Tudge MP, in which the federal Minister for Citizenship and Multicultural Affairs argued on the contribution of the English language to Australia’s migrant success story.

“Learning English […] delivers enormous benefits to newly arrived migrants because it helps with settlement, integration and with finding a job,” the minister wrote.

“A shared common language is the glue to a cohesive society. Without a common language, how do we speak to our neighbour? How do we understand each other? How can we successfully work together? If we cannot communicate, it is difficult to integrate. This is important, because being part of the broader community helps newly arrived migrants to integrate well and settle into life in Australia.”

The article also made reference to the policies undertaken by the federal government to assist migrants improve their English skills, but also of the will “to create more incentives for residents to boost their English capacity, particularly before becoming a citizen. We are currently examining different options with a focus on basic conversational, primary school-level English.”

The article came as a response to months of speculation about the introduction of an English language test in the citizenship application process. In the past, organisations representing migrant communities have criticised the government’s plan, particularly since it was believed to place on emphasis on academic-level English, as opposed to conversational.

Neos Kosmos reached out to the chair of the Ethnic Communities Council of Victoria, Kris Pavlidis, seeking a response to the minister’s conversation-starting article.

“The successful integration into a society of any new people can be a complex process compounded by many factors,” said Cr Pavlidis.

“This includes the understanding and acceptance of the reciprocal benefits, i.e. for the migrant and the ‘host’ nation, the systemic opportunities that are made available to respond to the diversity of people’s needs and capacity, and to facilitate a sense of belonging. The opinion offered by Minister Tudge could fit well with a ‘standardised model migrant’ who will integrate into our standardised mainstream system because they have acquired a [International English Language Testing System (IELTS)] Level 5 of English language. This approach could be viewed as simplistic and unrealistic,” she added.

Presenting the ECCV’s position on migration and English language skills, Cr Pavlidis, who is also the mayor of Whittlesea, acknowledged Australia’s “long, successful migration program”, which accounts for the country’s economic success.

“It has been demonstrated with any wave of migration going back to the 1950s, with migrants from Greece and Italy, including my parents, that the successful settlement and integration of any migrant is closely associated with their ability to be gainfully employed. My parents, who were typical of those migrants, arrived with an intense motivation to work, and understood employment opportunities as pivotal to their successful and integrated settlement. Their English language proficiency was minimal, yet job opportunities were available. These migrants laid the foundation for the development of this nation that is now sustained with the forthcoming generations,” she said.

“As mayor, I have the privilege to confer citizenship to hundreds of migrants and regularly witness the pledge that is undertaken to support the values and respect the laws of this nation,” she added, saying that “while ideally all Australians should have some reasonable ability to communicate in English, it is unreasonable to expect it at a high level for everyone.”

Echoing a comment often made by people engaging in this debate, Cr Pavlidis said that “should a random vox pop occur at any public place, many Australians would struggle with the Level 5 expected by the federal government.”

The ECCV chair went on presenting parts of the population which would be affected by the imposition of a mandatory English test in the citizenship process, particularly older non-English speaking parents sponsored by their families, who “provide important childcare and support for their family here, and often are working as well in family businesses. Some humanitarian entrants from non-English speaking countries had disrupted education and traumatic experiences therefore need longer to learn English. Some family carers need more flexible English language learning arrangements,” she stressed.