Currently showing at La Mama Theatre, ‘Nightfall’ is bound to captivate young and adult audiences alike, opening our minds to a world where magic and reason coexist 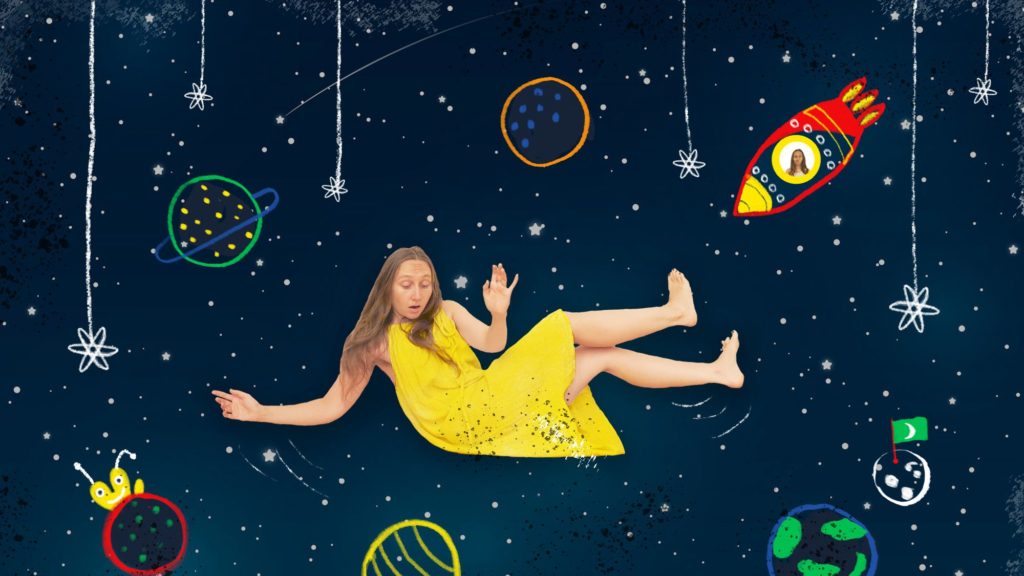 Before heading down to La Mama theatre this week with your little one to watch Nightfall, take a moment to recall all those stories your parents would narrate of you refusing to go to bed as a child.

This universal experience is pretty much the focus of this theatre piece, but the crucial difference is that this time the story is told through the eyes of the child.
As Caito (Caitlin) Zacharias, one of the members of the theatre group behind the show, puts it: “It’s about children exploring their imagination and adults coming into contact with that, kind of recognising that children are allowed to think what they like to think.”

Brought to the stage by performer Shannon Quinn, the play’s main character Emily is a precocious child consistently resisting sleep. She absolutely will not go to bed when mum says so, or dad, or even grandpa. At least not while there’s a dragon living in the ceiling of her room and dripping tears …

Through puppetry, projection, and sound, Nightfall presents a child with a fully-fledged imagination, navigating the unknown in a world where the order of things is dictated by adults. The only person who is truly willing to listen to her side of the story is the beloved grandpa figure.

“I guess the grandpa puppet is the only one who really supports her and goes on to that journey with Emily. Mum and dad tend to dismiss Emily and tell her to go back to bed, whereas grandpa is like ‘oh no, there’s a dragon in the ceiling’ and plays along with her.
“Now whether that dragon is real in this world or not is something up for interpretation,” says Zacharias.

An emerging artist, who is not more than 24 years of age, but has already worked in positions across the spectrum of the theatre making industry, Zacharias was approached by Nightfall‘s director, Tamara Searle, to participate in the play.

Apart from operating the ‘dragon’ puppet and performing on stage as kind of Emily’s imaginary friend, she is also responsible for the live projections bringing the story plot alive through images.

The way this low-fi theatrical magic works, she explains, is through placing different papers, shapes and objects directed from the manual projector onto a hanging drape on the stage, citing as an example the use of a plastic bag full of water to emulate an underwater scene.

Zacharias’ heritage is intimately connected to the Greek islands, with her paternal yiayia hailing from Kastellorizo and pappou from Kos.

She decided to follow her calling in theatre and performing arts after finishing school and spending some years travelling. She was trained in theatre and acting at Melbourne Polytechnic, and pursued further studies in acting at Federation University.

Since then, she has participated in several plays in Melbourne, most recently performing as Queen Margaret in the Victorian premiere of Margaret of Anjou, directed by Kim Durban, but she has also been engaged in different areas of the theatre making field, including stage-managing, lighting and sound.

“I like to see myself as a theatre maker, definitely not just an actor. I really do enjoy being versatile and I think it’s really important, because that’s what the industry is asking for – people who can do different kinds of jobs in all different areas,” she points out, adding that she enjoys collaborating with artists in different fields, as well as investing in creating her own work.

This is also one of the reasons she speaks highly of her experience performing in Nightfall.

“It’s been really fun to figure out along with the team what works or what doesn’t.

“It’s a very lovely show to be working on, and it’s also my first time working at La Mama as a performer, which I find exciting as I really want to make my own work and independent theatre is a great platform for that.”

When we contacted Zacharias, she had just left the show’s second performance. The response, she says, has been quite good, especially given that the crowd is eager to develop a sort of dialogue with the performers.

“We’ve had a really good audience and they were laughing a lot. Today we had a kid respond to the actor saying ‘I think we have to tell mum’. So the kid yelled out ‘Yeah, you’re gonna have to tell mum!’. I think that’s really sweet and it’s a kind of interaction we do want to see. We don’t want the kids to feel they have to sit there and be quiet. Instead, we want them to feel it’s an interactive experience and they have a chance to speak.”

But importantly, she explains that Nightfall is not just created for kids, but for anyone feeling young at heart, while revealing that the script includes jokes that could also appeal to an adult audience, with references to Freud and philosophy.

“I would encourage people to be open-minded and not to underestimate a kid’s show. A lot of the time, people can be quite analytical with a show, but I feel this one is a short play you should allow yourself to just get lost in and enjoy.”