The Orthodox Church in the social media era: selfie anyone?

Fr George Frangos talks about the role of social media in the Greek Orthodox Church as a means of bringing its work, and message to the people (R-L) Fr George snapping a selfie with the happy couple, James and Simone on their wedding day at The Dormition of our Lady in Altona North. Photo: Facebook (@greekorthodoxaltona)

I can still recall the day. Mindlessly scrolling through my Facebook feed, a photo appeared from what appeared to be a wedding ceremony at the local Greek Orthodox Church. It featured the wide, beaming smiles of the newlywed couple, and none other than the parish priest, bunched in together, to ensure the camera lens captured the trio in a joyous selfie. I couldn’t help but smile.

But as the weeks went on and more selfies, featuring similar scenes, appeared on my social channels, the sentiment turned to intrigue surrounding the church’s use of modern technology.

One such spiritual leader who has jumped on the social media train is Father George Frangos from The Dormition of our Lady in Altona North. He manages a rather active Facebook page, and is currently trying to guide himself through the ins and outs of Instagram.

Aside from being a great way to engage the youth, he says it is also an effective way of engaging with a wider audience as a whole, as opposed to only churchgoers on a Sunday.

“The mindset behind all of it was to not only let people know of what’s going on at the church, but also bring the church to their devices,” Fr Frangos told Neos Kosmos.

“At the moment, through our social media page we basically promote events that are going on at the church, whether they be church services, bible study groups, feast days, festivals, and from time to time we might promote a charity close to us, or promote what we’re doing as a church group to assist other charities, and promote our own.”

He’s also not opposed to a selfie or two, occasionally snapping a photo with people at their homes while carrying out a cleansing, or while taking part in social activities at the church hall, and especially is known for his happy snaps following a wedding ceremony. Naturally a people person, Fr Frangos says he doesn’t see it as church promotion, but rather about forming greater connections with people.

“The couples tend to like the whole idea. I think it’s just making people feel comfortable, and developing a bit of a closer relationship with the couple that are coming through and we’re marrying through the church. It’s just a little fun take on all of it,” he explains. 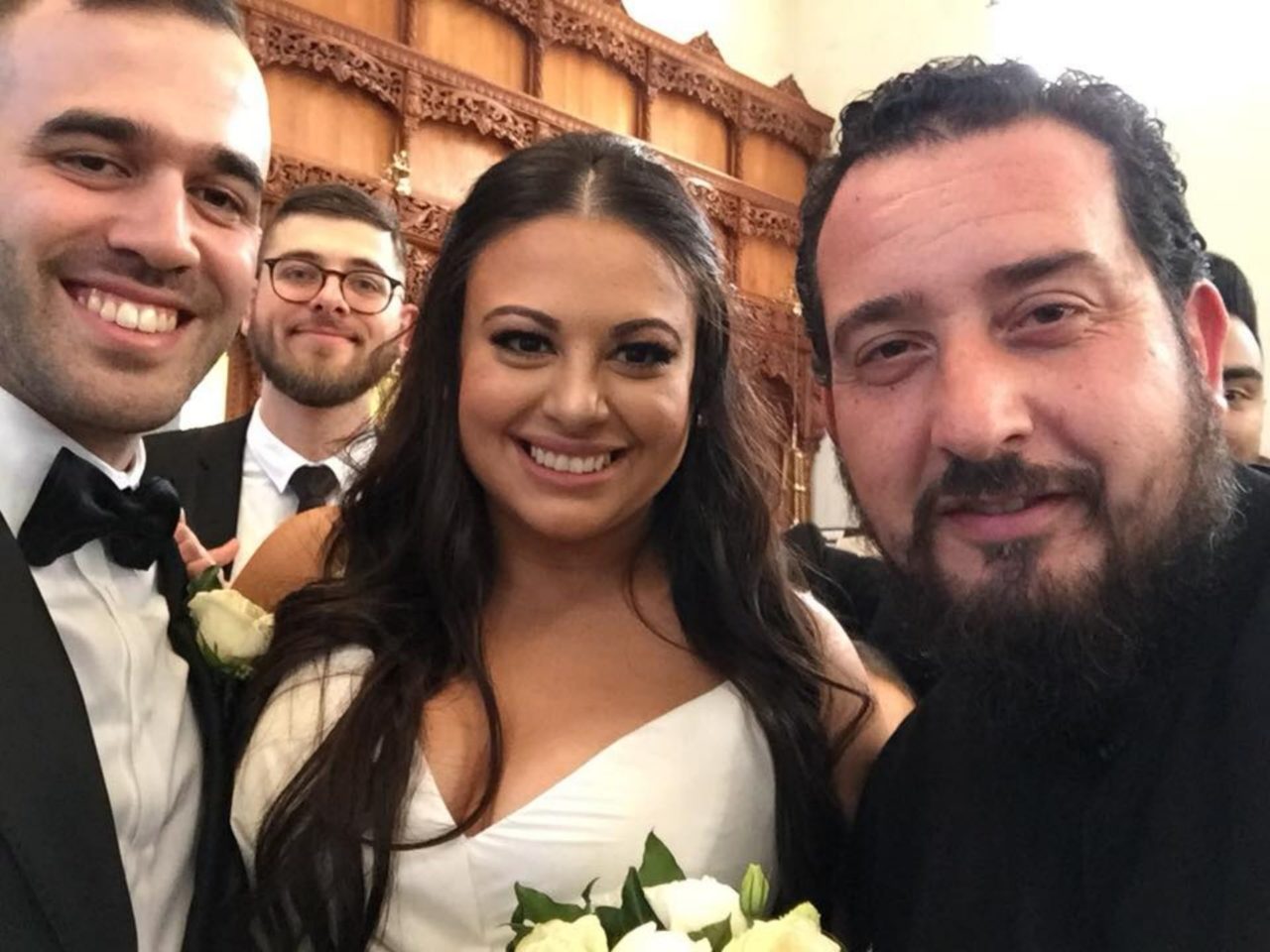 But what does the archdiocese think about it all?

“It’s definitely supportive because it understands its usefulness. The church is always at the forefront of spreading the message throughout the ages, and social media is just another way of tapping into that and getting our message across to all people from all walks of life and all age groups,” Fr Frangos explains, but adds that a “measured” approach is important.

“We’ve always been told to be weary of what we’re doing on social media, only because once something’s posted online, it remains there, [and to] make sure things that we’re posting [are] related to the church and its ministry and what we’re trying to achieve.”

This advice also goes for priests’ personal pages, where he says they must be “much more vigilant” when it comes to what they’re posting, surrounding their political views.

“Everybody’s unique, everyone has their own opinions, however, as public figures, and especially as spiritual leaders, we need to be a little bit more measured,” he says.

It seems the Orthodox Church as a whole has it covered. Just last month the 2nd International Conference on Digital Media and Orthodox Pastoral Care ‘The Living Water’ was hosted at the Orthodox Academy of Crete in Kolymbari.

The conference theme was The Digital World as a Sphere for the Reiteration of Pentecost and the ‘living word’ of Saint Paul the Apostle.

Organised by Pemptousia under the High Auspices of His All Holiness Ecumenical Patriarch Bartholomew, it covered the benefits and challenges of re-expressing the experience of Pentecost and of the ‘living word’ of Saint Paul, through the opportunities offered by the new digital world. The view expressed was as communication between people “is undergoing a seismic shift”, with web pages, social networks, email, the abolition of distances of time and geography, distance learning and digital identities, that there is an even greater need during this time for “authentic spiritual validation of human life”.

Since taking the technological leap himself, Fr Frangos says people have embraced it with open arms, and it has become a prevalent means for people to make contact with the church, whether it be to arrange a service, or for general queries.

But with the introduction of modern forms of technology, such as mobile phones, email and social media, it has certainly added to the workload of priests. As with any other job, it now means that priests are accessible around the clock, not just when at the church or at home near a landline.

While Fr Frangos admits it means priests of today are busier, and that they “don’t really switch off”, he sees it as a positive thing, with people now feeling that they can connect much more easily.

“We always need to be active and on the ball 24/7 so to speak. But, in saying that, I wouldn’t call it an arduous task; I’d say it’s something good because that’s our life and our life is to minister to people and to spread the word of the gospel and the church to all people.”

While the means used to communicate have evolved over time, Fr Frangos says the church’s aim has always remained the same, and likely always will, and by creating this bridge, via modern technology, he hopes to carry on the good work of those that came before him into the future.

“The hope is that people that are connected to our church already are a bit more aware of what’s going on within the church, so from a services perspective and also a wider outreach perspective; [for them]to know what we’re offering our faithful, our parishioners, our congregation in a very broad aspect, and to make it easier for them to be able to connect.” 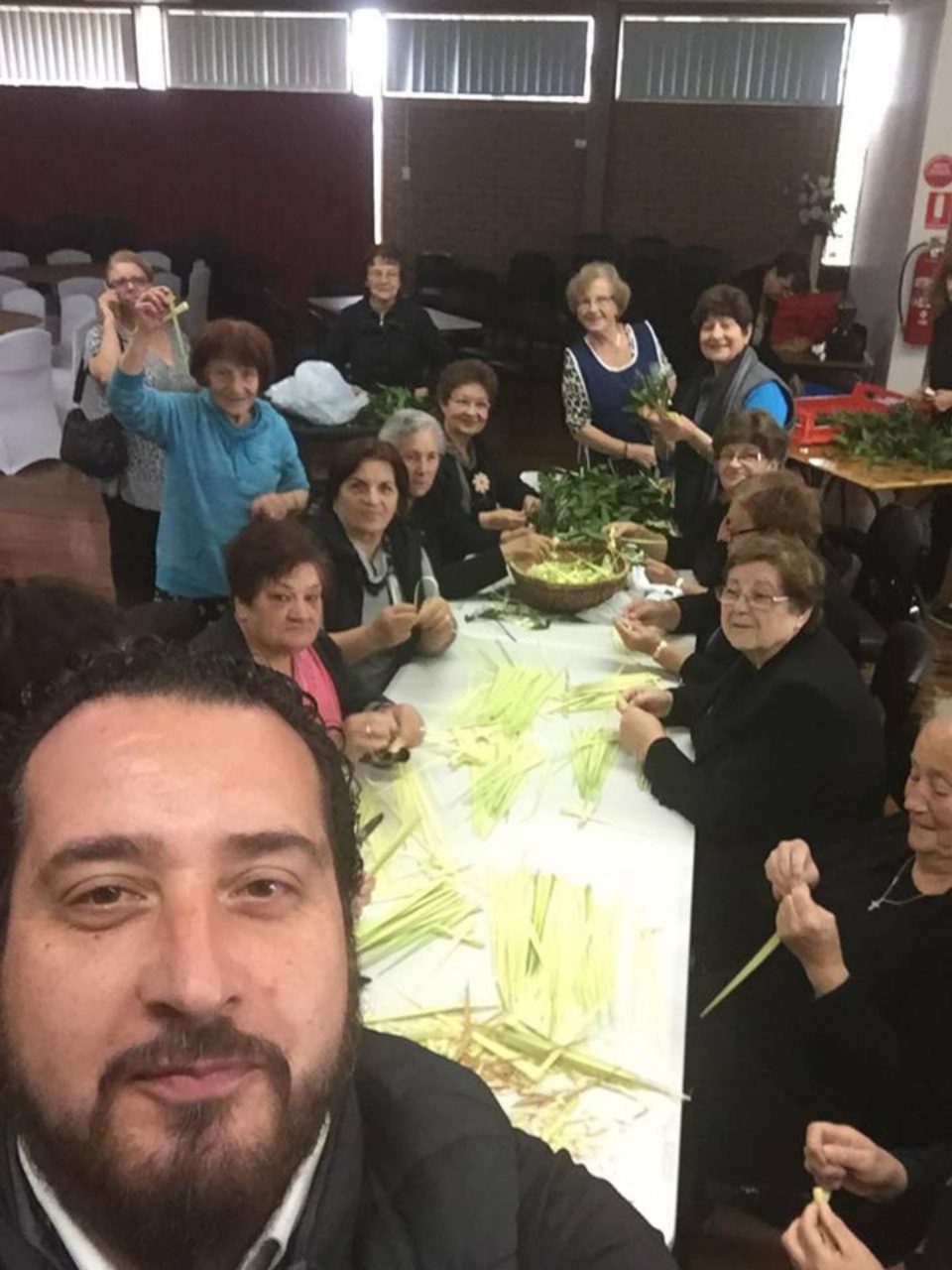