Known for her distinct use of colour and choice of stunning locations, Melbourne-based photographer Tina Vlahos delves into what nudity means to her and growing up as a Greek Polynesian WOC in Australia 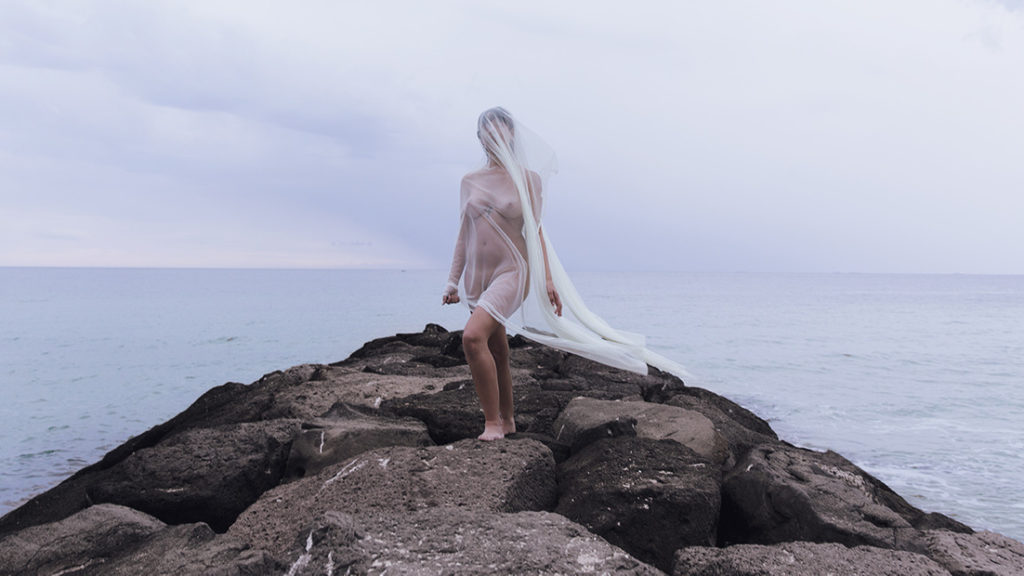 Tina (Kostantina) Vlahos is a young fashion and portrait photographer, based in Melbourne and roaming the globe at every chance with a camera in hand.

Apart from the distinct use of colour in her conceptual photography, another characteristic that grabs the viewer’s attention is her unique choice of locations. She constructs scenes that are youthful and identifying with her creative community, yet refined.

Her most recent work pays tribute to the sacred female form and multiculturalism. Being of mixed heritage herself, of Greek and Indo-Fijian background, Tina grew up embracing both aspects of her identity in the heart of the cultural melting pot that is Melbourne.

Following her In time I & In time II body of work and a creative exploration trip to New York – where she will soon be relocating – Tina focuses on telling stories that transcend race and conventional beauty standards portraying the raw truth of women’s bodies. 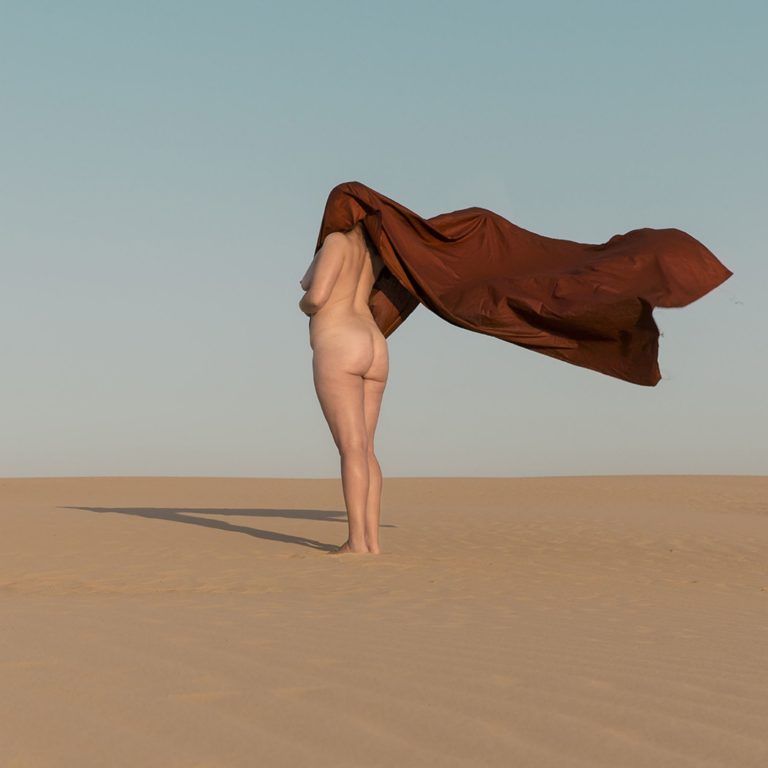 From that point on, I was pretty determined to pursue photography, I’d use whatever compact digital cameras we had in the house to shoot literally anything I could, flowers mainly, which I’d use to teach myself how to edit on Photoshop.

I shot pretty much only documentary and nature photography for first part of my life; by 15 I begged my mother to buy me a DSLR and from that point on I started taking photography seriously, posting the majority of my content to Tumblr, which was really validating at that age. People liked my photographs and I loved that; I was pretty fixated at that point of trying to turn this into a career.

Why did you choose fashion and portraiture?
When I started taking interest in photography I was mainly taking photos of anything I could, usually portraits of my friends on nights out. Soon I craved something different, as I got better with direction I started exploring the world of editorials. It was super exciting being able to plan and execute a shoot with full creative control and I really enjoyed that process, so naturally I just stuck with that. Do you do both digital and film? Is there a medium you prefer and why is that?
I prefer digital because of how versatile it is, I do a lot of editing in my images and find it best to communicate my ideas through this medium, however I only started taking photography seriously when I started shooting black and white film, with only 24 exposures it made me very aware of what I wanted to communicate, other than that I never really [dived] into the world of shooting colour 35mm, but I have experimented from time to time. One of my favourite mediums to shoot is Polaroid, I have a large collection I’ve gathered over the past five years.

What kind of vibe and imagery draws you when it comes to taking photos?
I’m very much attracted to dreamlike imagery. I like to photograph people in a way that wouldn’t necessarily make sense in the real world.

I usually draw my concepts from nature and sound, something that I’m really intrigued by is Ancient Greece, a lot of my posing has stemmed from statues and painting from those eras. Colour is the most important aspect of my photographs and I tend to steer towards shooting in landscapes for their beautiful natural tones. The way I pair the colours of my subjects and location is almost always deliberate and more often than not I prefer natural lighting.

You have a very distinct use of colour in your photography. From a very natural aesthetic you seem to have moved towards softer, more pastel tones. Was it just your latest projects or is it a shift in style?
My work started out very cinematic, I aimed for my photographs to look like stills from an indie film, but as time went on I naturally developed a liking for pastel tones which is shown in my latest project ‘in time’. The colour choice was deliberate; I had always envisioned creating a series that was dreamlike, I knew I needed this series to stand out from my other work, and I wanted my photographs to be identifiable, which I think I achieved by having the colour palette consistent throughout all the pieces.

I’m relatively new to the world of art photography but the more I shoot the more my style develops; I find myself shifting to more muted tones with hints of pastel which you will see in my upcoming work.

You love portraying the raw beauty of the female/human form. What does nudity mean to you?
Our societal discourse towards the female body is not one of celebration, but of judgement. The female body, the majority of the time, tends to be sexually objectified, which makes it hard for people to fully accept or see it as anything but a body.

Nudity, to me, means to simply exist, there is nothing uncommon about a body, we all have one. We come in all different shapes, sizes and abilities, so instead of living in constant shame. I’d hope for a shift in society where everyone can just appreciate and exist in equanimity. Tell us a few things about your heritage; being Greek and Indo-Fijian growing up in Australia, how did this mix contribute to becoming the person you are today?
I believe that being a part of two cultures that are from the opposite ends of the earth yet quite similar in many ways has shaped the way I think. I definitely in all aspects of my life view things from multiple perspectives. It helps my creativity as I find inspiration from things that wouldn’t necessarily be interesting; I tend to look at things long enough until I feel something.

My parents have both worked super hard to create a good life for their children and that is something that inspires me, I think I have taken their work ethic and can only hope to be half of what they are.

Do you find that it is hard for people to identify and accept you as Australian, Greek, Polynesian sometimes?
Yes, I find that people can’t fathom the idea of how I exist, I am often asked ‘what are you?’ or ‘where are you from?’ which is fine for the most part as I’m a proud ‘Grindian’ as we call ourselves (Greek/Indian) but it does make me feel like I don’t belong anywhere due to the consistent questions I get on the daily.

How connected are you to your Greek heritage?
I would say I am quite connected. I was definitely more exposed to Greek culture than I was to my Indian side; everyone in my family can speak Greek, we celebrated Greek holidays, cooked mainly Greek meals at home, I was raised as a little brown Greek girl and always held that Greek pride. However, the older I got, the less I felt accepted; for a few years I felt really disconnected from my heritage, but the more time I spent with my pappou the more I began to appreciate my culture. He often talks about his life in Greece which sounds so incredible and as of lately I feel very comfortable and proud of my blood.

To see more of Tina’s work, go to tinavlahos.com