The prospect of finally locating the remains of Alexander the Great was optimistic after a 2,000-year-old sarcophagus was found in Alexandria. But according to archaeologists, the mystery continues 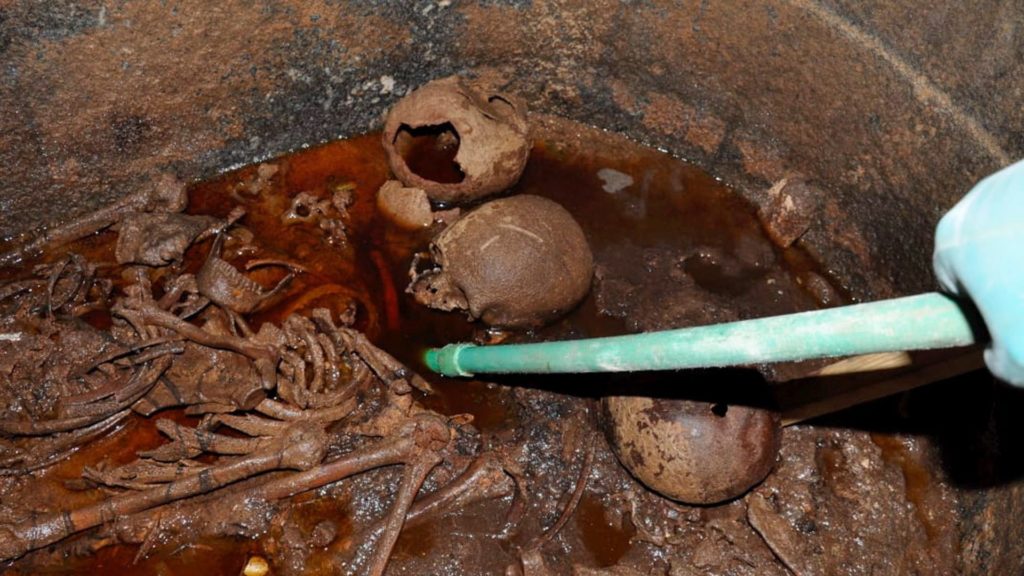 Locals were left disappointed on Thursday, after archaeologists in Egypt confirmed that the remains of Alexander the Great were not in fact housed in a newly unearthed ancient sarcophagus in Alexandria.

In the 2,000-year-old sarcophagus, made of black granite, they instead found the mummies of what could be a family of three. But Shaaban Abdul, a specialist in mummies and skeletons, says further examination of their bone structures suggests they were most likely three officers or military soldiers, one of whom was likely killed by an arrow.

Weighing 30 tonnes and measuring about 265 cm in length and 185 cm in height, the coffin is the largest found in the area to date. It was discovered by workmen earlier this month five meters beneath the surface of the land while constructing an apartment building.

Once news of the discovery broke out, chins started wagging, with the media picking up on potential theories of what could be found in the mystery relic, the most popular of them being the possibility of housing Alexander the Great’s body, who founded the city in 331 BCE and died in Babylon in 323 BCE.

“We found the bones of three people, in what looks like a family burial…” said secretary-general of the Supreme Council of Antiquities, Mostafa Waziri.

“Unfortunately the mummies inside were not in the best condition and only the bones remain,” he added, due to sewage water having leaked into the sarcophagus through a crack that had formed in one of the coffin’s sides.

Along with the theories, fears also emerged surrounding superstitions that opening the long-sealed sarcophagus could result in a 1,000-year curse. But up until now, all appears well.

“We’ve opened it and, thank God, the world has not fallen into darkness,” Mr Waziri joked.

“I was the first to put my whole head inside the sarcophagus … and here I stand before you … I am fine.”

According to Mr Abdul, the mummies will be transferred to Alexandria’s National Restoration Museum, where experts will continue their investigation.

But the question still remains; where are the remains of Alexander the Great? The search continues.