Nick Giannopoulos: ‘I’ll tell you what wog face is’

Nick Giannopoulos talks to Neos Kosmos about the legacy of Acropolis Now, what fuels his comedy, and what the real definition of wog face is 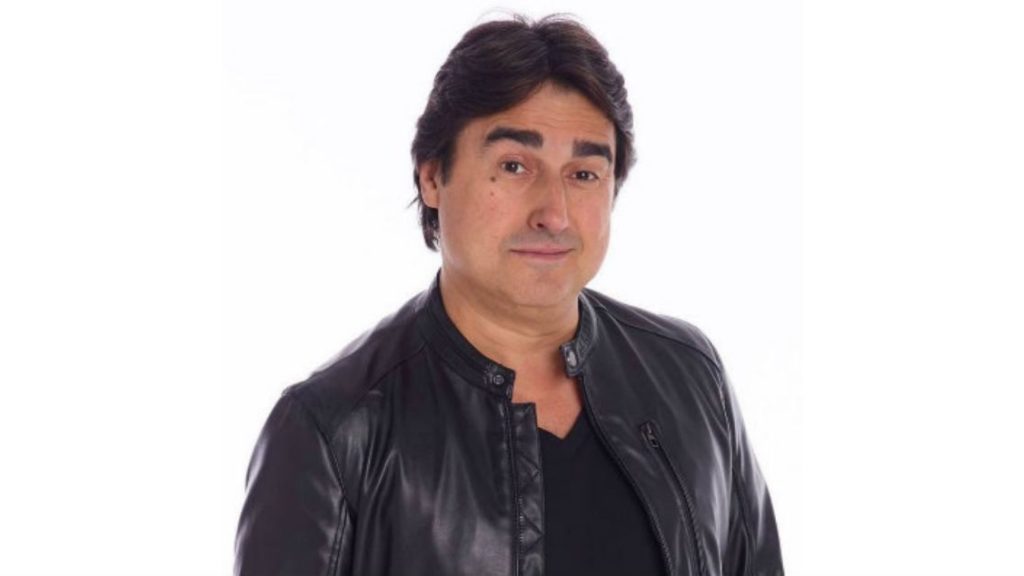 “I will tell you what wog face is,” Nick Giannopoulos says in response to accusations that the characters he has been playing on stage, television and film are akin to the Greek version of blackface.

“It’s when you had Anglo-Saxons playing wogs.”

Television and radio in the late 80s and 90s was a boom period for comedy in Australia. It was also when Greek characters started to appear in the consciousness of mainstream Australian society. After the record breaking success of the stage play Wogs out of Work, Giannopoulos along with fellow Greek Australian George Kapiniaris and Spanish Australian Simon Palomares created and starred in the TV show Acropolis Now.

Looking back, Giannopoulos believes the show’s legacy was what gave Greek migrants and their children the ability to regain their identity.

“I think it really helped, with all those kids that had those woggy surnames and were called wogs,” he tells Neos Kosmos.

“With Wogs out of Work and then Acropolis Now, we started to turn that racist stuff around. We said, ‘you know what? if you’re going to call us wogs, then we’re going to call ourselves wogs!’ And that was a turning point. My personal inspiration was a lot of the African American comedians and how they reclaimed a lot of their stuff. That was my inspiration. Because that was another minority that were maligned and kind of ostracised.”

One particular comedian that has inspired Giannopoulos is US comedian Chris Rock, with the Greek Australian citing his attitude as the aspect that resonates with him.

“I saw his latest comedy special on Netflix recently and he was the angriest I have ever seen him,” he says.

“That’s how I feel, and that’s why I am still around. The thing about comedians is that in real life we’re actually very serious people. We’re not the person you see on stage. But we use comedy as our tool, as a way of getting our message across. People are going to listen to you when they’re laughing a lot more than when they’re not. That’s why Star Wogs is back and I am back on stage. Because the stuff we started talking about in 1987 is as important now as it was then.”

At the same time that Giannopoulos was starring in Acropolis Now as Jim Stefanidis, actor Mark Mitchell was appearing on the Comedy Company playing Con the Fruiterer and his wife Marika. Every Sunday night, Mitchell would come out all dressed up in full Greek Australian migrant garb and would be doing an accent with catch phrases like ‘A cuppla days’, ‘Bewdiful’ and ‘Doesn’t madda’. This is when Giannopoulos’ passion about the issue of the word ‘wog’ and, in particular, accusations of wog face comes to the fore.

“When Mark Mitchell was playing Con the Fruiterer in the 90s and pretended to be a wog, they had no issue with that,” he says.

“The whole country fell in love with him. That’s the most important and interesting thing for me. Anglo-Saxons pretending to be ethnic in a very stereotypical way, trying to pretend to know what our experience was like. But they had no idea. Yet people have the gumption to ask me why I’m calling myself a wog. Mate, I am calling myself a wog because you called me wog. I can guarantee you, no-one ever called Mark Mitchell a wog. Do you get it? So get off my back, man. You started this. Not me.”

In the United States, many African American comedians use the ‘N’ word instead of the actual racist epitaph, but after 30 years of performing, Giannopoulos has no plans to retire the ‘W’ word.

“People keep asking ‘why do you keep using the wog word?’,” he says.

“I’ll give you a really simple answer: because there are times in this country where I am still made to feel like I am a wog. So, whenever I remind them of that word, and throw it back in their faces, I think it is uncomfortable for them. It’s for that five-year-old kid that got subjected to wog taunts every day at school. I’m still enjoying throwing it back in their face and saying, ‘I haven’t forgotten what you called us, and how you treated us’.”

According to Giannopoulos, the experience of adapting to a new and predominantly homogenous culture is what is at the core of being Greek Australian. It’s what, he says, makes the Greeks in Australia different to the Greeks in Greece.

“I feel the need to separate us,” he says.

“I love Greece and I go every year. But we’re not Greeks. We’re unique, and I think that uniqueness is what makes us extra special to people all over the world. When they showed my film Wog Boy in the UK the response was amazing. When I meet my UK fans in London they talked to me about the Aussie wog culture, it’s amazing; it’s like we’ve exported it. What we have achieved is unique. We are our own community. We are a hybrid between Greece and Australia, it’s an amazing combination. And it’s where a lot of my humour comes from.”

Despite Giannopoulos feeling separate from the people in the motherland, he does feel a connection to a form of Greek existentialism.

“It’s called ‘pathos’,” he says, “We created that, the Greeks created pathos. It’s inherent in our genetic make-up as performers, as Greeks. No-one feels passion or emotion like the Greeks. I remember we used to have arguments as a family and the Aussies next door used to call the cops because they thought we were killing each other. We were just sitting down to have our dinner! It’s a part of our culture, which speaks a lot in terms of history. Pathos is a fantastic way to create theatricality and comedy. You’ll certainly see a lot of pathos in the show.”

A recent ABC documentary series Stop Laughing, This Is Serious featured 63 well-known comedians and actors discussing the history of comedy in Australia, and included Acropolis Now amongst The Late Show, Comedy Company, and Full Frontal as television shows that defined Australian comedy. But Giannopoulos says that type of recognition is rare.

“Anglo-Saxon culture still dominates in this country,” he says.

“So it was wonderful for a taxpayer-funded network like the ABC to include us. Because we came up with a lot of those people in that show. For the ABC to acknowledge that and to see us as relevant and as important as all those other Anglo comedians – that was a really big moment for me; to be allowed into that club. As a so-called wog in this country, I haven’t been allowed into too many clubs. So it was nice to be let into the club. That’s what it felt like to me, that they had let me into that club, finally.”