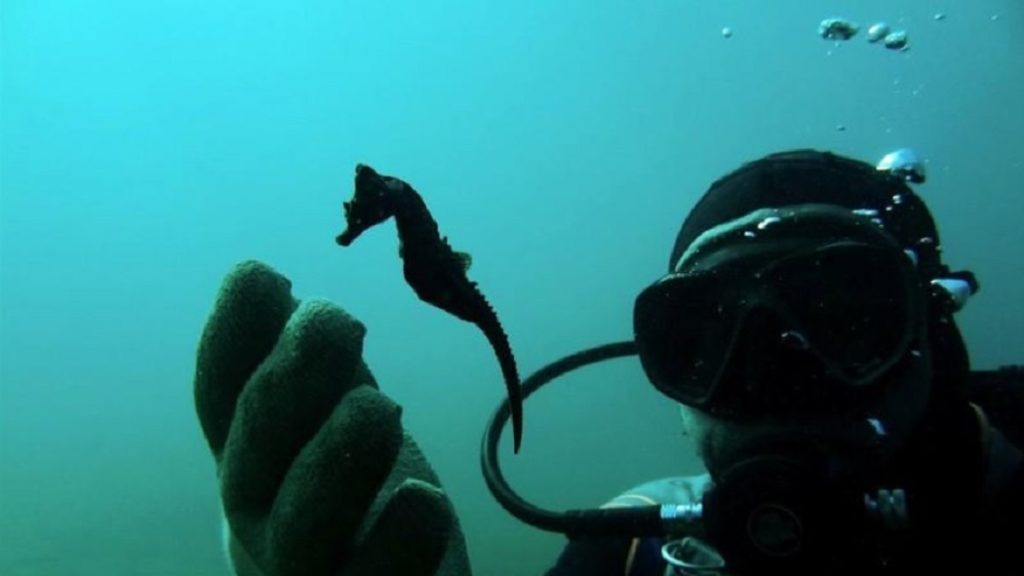 Vasilis Mentogiannis underwater back in 2015.

It was during one of his dives when Vasilis Mentogiannis discovered a rare colony of seahorses in a remote gulf near the Chalkidiki point.

Talking to Reuters, he describes the experience, being submerged down to about eight or nine metres deep when he noticed them: “I saw a great many and I said to myself ‘hey, what’s going on here?’ I thought this was really remarkable.”

Seahorses are considered extremely rare and are not encountered often in Greek waters, so the diver wanted to do whatever he could in order to maintain this colony and help it thrive.

According to the Research Director of the Hellenic Centre for Marine Biology, Costas Dounas, “in one small islet, a group perseveres, lives and thrives. It’s like the last of the Mohicans.”

Back in 2010, they came under threat when a flood in the nearby village of Stratoni almost destroyed them, after wreckage was pushed into the waters, but it was thanks to Mentogiannis’ intervention that the colony managed to overcome this.

He used ropes to create a maze for the seahorses, which in turn lead them to increase their population.

“They took to it well, it was very useful to them,” he tells Reuters.

“They could latch on to it, lie down and camouflage themselves on the rope”.

Having seen the seahorses raise their numbers, he hopes they can avoid any further disasters which would endanger their colony in the future, which is the reason why he chose to do a campaign: “We are talking about a very small region, I think just keeping the fishing boats away is something we can accomplish”.