For the announcement of the Lemnos Armistice Tour participants 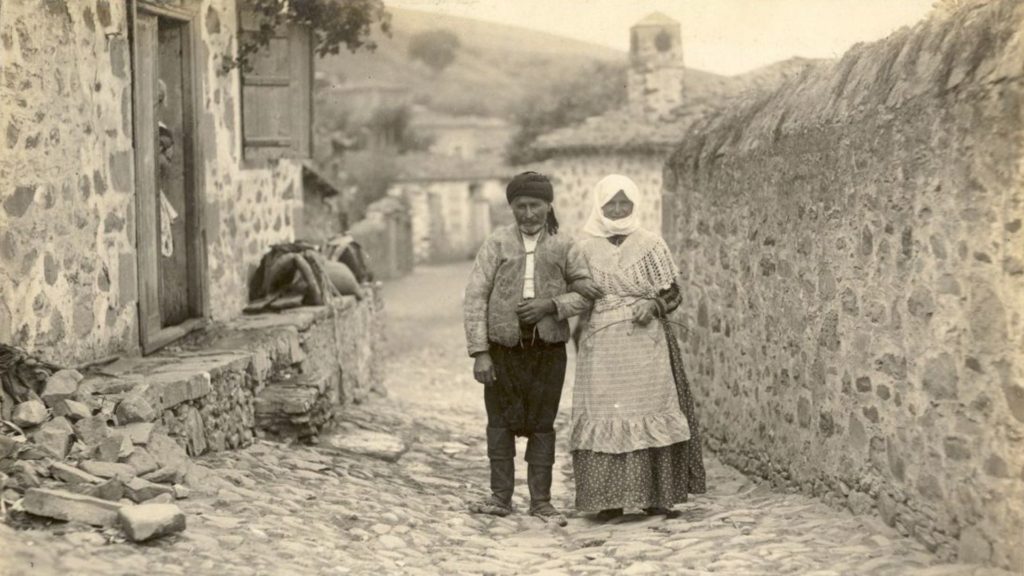 Wednesday 8 August witnessed a major event and an announcement further cementing Victoria’s commitment to the commemoration of the Hellenic link to Anzac.

Victoria’s classically-inspired Queen’s Hall was the location for the display of the Lemnos Gallipoli Commemorative Committee’s ‘Lemnos Gallipoli’ Photographic Exhibition. This exhibition features nearly forty beautifully reproduced and framed images from archives across the world, depicting Lemnos through the lens of the Australian soldiers and nurses who took these photographs in 1915 during the Gallipoli campaign. It has been my pleasure to have curated this exhibition and produced the associated exhibition handbook. The exhibition has been displayed at various public venues across Victoria and in Greece – including at Athens’ famous War Museum.

The display was supported by the presiding officers of the Victorian Parliament as well as the Victorian Government’s Veterans Branch. It is the first time that a display commemorating the Hellenic link to Anzac has ever been displayed in the halls of Parliament. Wednesday night saw the launch of the exhibition by the Victorian Minister for Veterans, the Hon Jon Eren.

Along with many members of the Committee, many members of Melbourne’s Hellenic community were also in attendance including Phillip Diamataris, President of the Lemnian Community of Victoria, Tony Tsourdalakis, Chairman of the Battle of Crete and Greece Commemorative Council, Jenny Krasopoulaki from the Pan-Korinthian community, Mr and Mrs George Kyritsis from Melbourne’s Nafpaktian community, Natasha Spanos from Oakleigh Grammar and many more; RSL representatives included President of the Essendon RSL Sub Branch Ange Kenos and Manny Karvelas from the Hellenic RSL Sub-Branch.

Introduced by the Committee’s Vice-President Christina Despoteris, who acted as master of ceremonies for the occasion, Minister Eren congratulated the Committee on its work and especially the display of this important exhibition at Parliament’s Queen’s Hall. As the Minister said, a picture tells a thousand words and the images displayed told of an important human aspect of the Gallipoli campaign. The story of Lemnos also revealed another multicultural aspect of Australia’s Anzac story.

The President of the Committee, Lee Tarlamis OAM, thanked the Minister for supporting this event as well as the Armistice Tour initiative. He spoke of how Australia’s Anzac story has a myriad of connections arising from our multicultural heritage as evidenced in that of his own family. While Lee’s own father was born on Lemnos, one of his ancestors on his mother’s side was a digger from Blackburn who came to Lemnos in 1915. There must be tens of thousands of connections such as this across Australia only waiting to be discovered, Lee said. Lee also made mention of the coming centenary of the Armistice of Mudros and thanked Melbourne’s Shrine of Remembrance for its support for the Committee’s proposal to hold the first commemoration of the Armistice on 31st October this year.

Special mention was made by the Minister of the presence at the launch of Judith Gunnarsson and Deb Stewart. Judith and Deb are the daughter and grand-daughter respectively of Australian nursing Sister Evelyn Hutt who departed from Melbourne’s Princes Pier to serve on Lemnos in 1915. The Minister thanked Judith and Deb for the family’s decision to donate Evelyn’s unique collection of photographs and other memorabilia to the State Library of Victoria.

A major part of the evening was the announcement by the Minister of the ten participants who will take part in the Victorian Premier’s Spirit of Anzac Armistice Tour 2018, a tour that grew out of a proposal of the Committe. Selected from the preceding ten years of the Premier’s Spirit of Anzac winners, these young victorians will visit Lemnos and take part in the Island’s commemoration of the centenary of the Armistice of Mudros, before travelling on to represent Victoria at the ceremonies to be held on the Western Front and in London.

On behalf of the winners, Jason Smeaton addressed the assembly telling the story of his grandfather who came to Lemnos and served at Gallipoli. In the days before his arrival on the Peninsula, one of his brothers had already been killed at Shrapnel Gully. After the end of the Gallipoli campaign and while sailing to France James’ grandfather penned a poem in honour of his dead brother. It was a particularly moving part of the event when James’ read out this poem.

I had the pleasure of delivering a historical presentation explaining Lemnos’ link to the Gallipoli campaign, with reference to the some of the iconic photographs that form the display. While many of the images depict the world of the army camps and hospitals, they also reveal the human story of the interaction of these young Australians with the life of this northern Aegean Island and its people. The young Australians took photographs of the local churches, the farmers working their fields and the women at their washing; they show the famous thermal spring baths at Therma as well as the cafes of the Island. I pointed out that these were only a very small selection of the thousands of images housed in archives across the world and in private collections. I made reference to the fact that, as a result of my own field research, I could confirm that many of the locations connected to the Anzacs on Lemnos can be easily identified and visited. In a real sense, the young Victorians who will come to Lemnos in November this year will be able to walk in the footsteps of the diggers and nurses who served their in 1915.

* Jim Claven is a trained historian, freelance writer and Secretary of the Lemnos Gallipoli Commemorative Committee who has been researching the Hellenic link to Australia’s Anzac story across both world wars – both in Greece and in Australia – for many years. He can be contacted at jimclaven@yahoo.com.au