“Lack of communication between the chains of civil protection” largely to blame, according to the report 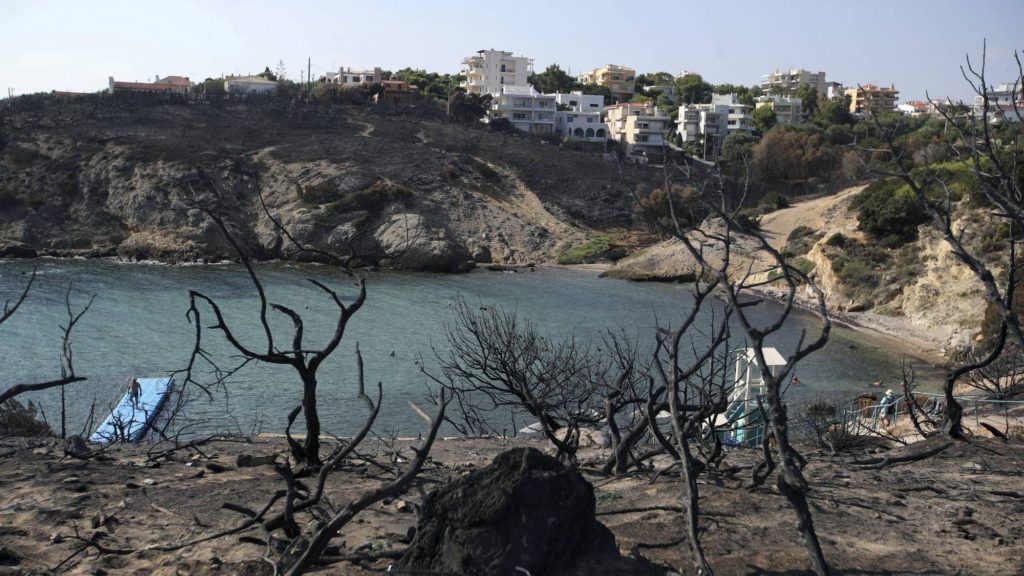 The responsibilities for these ruins lie heavily with the authorities, according to a report by a technical adviser. Photo: AAP via AP/THANASSIS STAVRAKIS

An initial report in regards to the bush fires that plagued the eastern Attica region in late July was submitted to the Athens prosecutor’s office by technical adviser, Andreas Gourbatzis who was appointed by the families of two of the victims who lost their lives in the fires.

In his report, Mr Gourbatzis claims that a series of errors made by the police, the fire brigade but also the municipalities and the general secretariat for civil protection were largely responsible for the tragedy.

According to him, the mechanism of civil protection did not operate in accordance with the law, since it did not respond to its obligations. The report further states that there was dysfunction and a lack of communication between the civil protection forces that led to inability to handle the overall crisis.

The result of this, according to the report, is that the country’s mechanism has not been able to prepare for such circumstances despite the fact that such a disaster had occurred in the past and that the fire fighting forces had not been successful in taking advantage of the in between period, in order to be fully organised for when the time called for it.

In the report’s summary, there is a description of the extent of devastation, including property damage and list of names of people dead and injured.