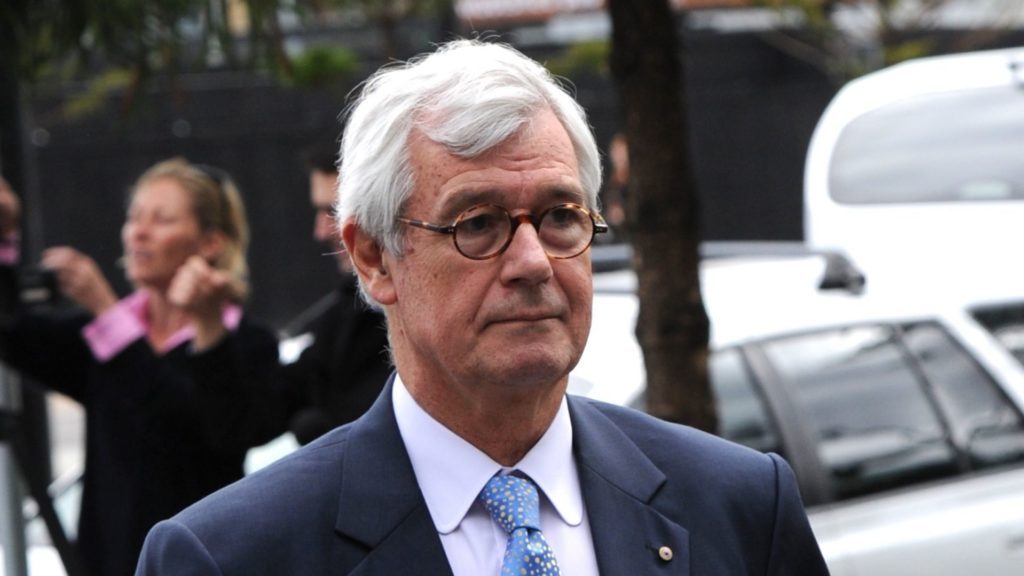 Julian Burnside AO QC will be the orator at this year’s Walter Lippmann Memorial Oration in honour of the Ethnic Communities’ Council of Victoria’s (ECCV) founding member.

Given Mr Lippmann’s advocacy for multiculturalism in Australia, Mr Burnside couldn’t be a more fitting choice.

Over the past two decades he has been working as a barrister and human rights advocate – what he has dubbed his “main obsession” – in condemnation of the Federal government’s off-shore processing regime and treatment of asylum seekers. And he is on a mission to set the record straight.

It surely comes as no surprise that a government would be willing to lie to its citizens, but how far they’re willing to go to do so is another matter entirely.
When it comes to Manus and Nauru there seems to be no limit, going to great lengths to hide the reality of the horrid living conditions and treatment of men, women, and children.

But why play with people’s lives? Well it’s simple says Mr Burnside: there are votes in it.

He says the significant link to the Tampa episode in 2001 is overlooked time again, when John Howard, facing an election year, was seeking to regain popularity.

“The Tampa Litigation in the Federal Court, the trial judge gave judgement in that case in Melbourne at 2.15 in the afternoon on the 11th of September in 2001, and about eight or nine hours later the attack on America happened, and all of a sudden Muslims are the most terrifying thing imaginable, and all of a sudden all boat people are Muslims, and all of a sudden Howard is calling boat people ‘illegals’, and all of a sudden the public think ‘that’s good, they’re protecting us from criminals’. That’s the way it’s worked. And it’s all so many lies to be absurd, but I guess that’s why I’ve kept on belting away at it,” he says.

According to the Refugee Council of Australia, it is estimated 1,534 people are still on Nauru or PNG.

In light of recent allegations that former Immigration Minister Peter Dutton intervened in extending the visas of two European au pairs, yet takes such a hard line when it comes to people seeking asylum, Mr Burnside said it only underlines what he has been saying publicly for years: “he’s a hypocrite … because he claims to be a Christian and frankly what he’s doing to boat people is so far removed from what Christian teaching would say that it’s ludicrous,” he says.

While the majority of people who arrive to Australia by boat are in fact Muslim, the barrister says that not one has been found to be involved in any terrorist activity in Australia, and are generally underrepresented in crime statistics.

Meanwhile when it comes to terrorism as a threat in Australia, the threat is lower than one might think; in fact, the last fatal terrorist attack in Australia took place in 1978, the Sydney Hilton Bombing that saw three people killed.

“So what are we fearing?” Mr Burnside poses.

“I think it is astounding that so much is spent every year combating terrorism, which has claimed very, very few victims in our history, and we spend much, much less on domestic violence, which claims the lives of about 50 or 60 women every year.

Immigration policies aside, a federal parliamentary inquiry into Australia’s multicultural policy in 2013 concluded Australia is a great example for other countries.

But one of the topics Mr Burnside will be addressing at the oration on Thursday is the lingering threat to that multiculturalism, which he says is undoubtedly the fear of Islam.

“I’m absolutely convinced Islambophobia is a threat to multiculturalism in Australia. But it’s easily overlooked that it’s just a repeat of something that’s been around for a long time.”

He cites the international conference held in Evian, France in 1938 in response to the large number of Jews fleeing Germany, in need of somewhere to go, where Australia was represented by man by the name of Thomas White.

“He notoriously said ‘we do not have a racial problem in Australia and we do not intend to import one’. Now what’s the difference between anti-Semitism then and Islamophobia now?” he says.

While there are similarities, a key difference today lies in the way fear is fed, and fuelled.

“[Fear], it’s fed by politicians who sort of dog whisper about Islam and it’s also inflamed by the mass media because terrorism and fear … fear sells, and that’s the whole point of terrorism, it’s to make us frightened. And turns out when Australians get frightened they don’t react particularly bravely.”

But if history is any guide, attitudes soften over time.

Mr Burnside recalls growing up in 50’s and 60’s Melbourne, when the majority of migrants were from England, and Greeks and Italians started to come out post-war.

“I remember people of my parents’ generation saying ‘oh they’re too religious, they have too many children, they dress oddly, the women don’t learn English properly, they eat weird food’, and all of this stuff. Bit by bit, and I’m not quite sure when it turned, but suddenly we discovered they were enriching our society. Suddenly we began to value them. So I guess little by little people will adjust to the fact that Muslims are just like the rest of us.”

Recently in Scotland to discuss the treatment of refugees, a country Australia could learn a thing or two from with regards to their welcoming of Syrian refugees, he says he came away with the benchmark set high for what we should expect from our politicians.

“I said ‘look, we’re doing what we’re doing’ – everyone overseas knows what Australia’s doing – ‘and you’re doing this. How do you account for the difference?’ And do you know what he said? He said ‘these are human beings, they need help’ and I thought ‘wouldn’t it be a wonderful thing if some Australian politician would say those words’.”

While Mr Burnside never had the chance to meet the ECCV’s founder in person, he doesn’t doubt for a second which side of the fence Mr Lippman would be sitting on when it comes to today’s refugees.

“I wish he was around these days.

“I wouldn’t be at all surprised, if Walter Lippmann was alive today, he would be out there fighting for the rights of Muslim refugees, because your religion has got nothing to do with anything. Recognising that other people are human beings that need help, is fundamentally important.”