Greece goes down 2-1 in Hungary

Despite the good performance and the many chances created, a few crucial defensive errors didn’t allow Skibbe’s men to leave Budapest with the coveted three points 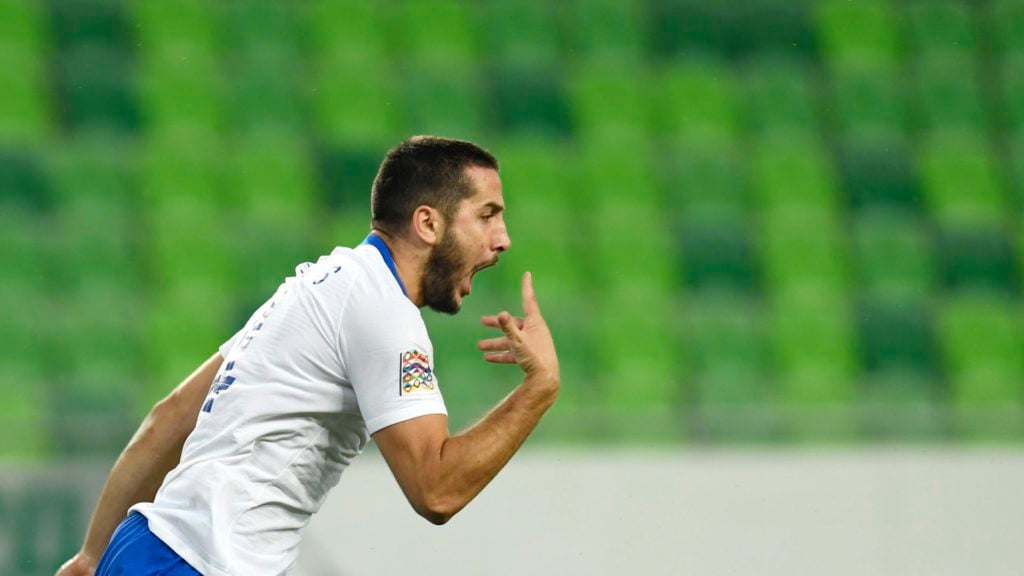 Kostas Manolas’ header was not enough for Greece to get a good result in Hungary. (PHOTO: EPA/Szilard Koszticsak)

Greece’s effort in the newfound Nations league has bumped into its first hurdle after Tuesday night’s 2-1 loss against Hungary. Even though they played well, maintained possession of the ball for most of game and had many missed opportunities to score, the ‘blue-and-whites’ made certain mistakes in defence that the home team wasn’t willing to forgive.

German coach Michael Skibbe made some changes to the starting line-up compared to the team that won at the game against Estonia last Saturday, as he replaced Italian-based left-back Lykogiannis with the more experienced Tzavellas, left out AEK skipper Mantalos in favour of Olympiacos winger Christodoulopoulos, but more impotantly, chose to leave out his main attacking weapon, Kostas Mitroglou, so that Anastasios Donis could have a chance.

Greece was more swift in ball exchanges, thanks to the inclusion of the less-heavy and more agile Donis in the starting line-up, but proved to be less of a threat in the air, as a result. They missed chances with Fortounis, Pelkas and Christodoulopoulos, but they conceded early (15′), when the Hungarians headed the ball around each other inside the area, leaving it to land on Sallai’s feet, who took the one-touch shot, leaving Barkas unable to react. Greece had a quick response however, after a free kick taken from far outside the box by Fortounis found Manolas’ head, allowing him to equalise (18′).

Despite their chances, the Greeks were unable to find a second and were eventually punished for their lack of good finishing on the 43rd minute. After a good exchange of passes between the Hungarian men, Kleinheisler made an effort from outside the area, which seemed to surprise Barkas, as it landed on the left corner of his goal.

Not much changed in the second half and Hungary was able to claim its first three points in the competition, tying with Greece in second place.

Finland now tops the group with six, after their 1-0 victory against Estonia, who are at the bottom of the table with zero points. After the match, Michal Skibbe pointed out that his team had trouble getting into the game and a bad reaction to the second goal, while Sokratis Papastathopoulos showed his frustration with his team’s inability to clear the ball before Kleinheisler’s attempt. Greece’s next game for the Nations League will be at home against Hungary on 12 October.

In other games for the Nations League, the Spanish side had no problems against the team that was recently in the World Cup final, Croatia, as they cruised to victory 6-0. A key contributor to this triumph was Sime Vrsaljko’s injury, as the game seemed to change when he came off, with the Spaniards finding a lot more space in the Croatian defence. Goals were scored by Saul, Asensio, Kalinic(OG), Rodrigo, Ramos and Isco, in a night that the fans of Elche will remember. Elsewhere, Belgium had no problems taking away the three points from Reykjavik against Iceland, topping them 0-3, thanks to a Romelu Lukaku double and another from Eden Hazard. Portugal defeated Italy 1-0 and Sweden lost to Turkey at home 2-3.