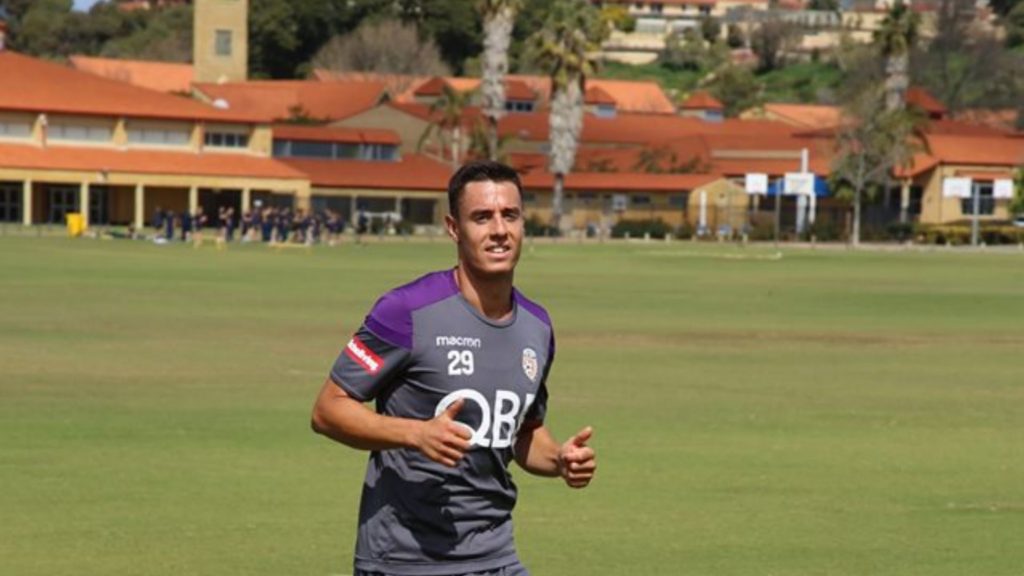 After returning from Europe early this year to join Western Sydney Wanderers on a six month loan deal from Italian Serie A club Lazio, the six-times capped Socceroo made a big impression scoring three goals and providing numerous assists for a struggling Wanderers outfit in his short loan stay there. Ikonomidis’ decision to return to Australia to play in the A-League was largely an attempt to get more playing time than he was receiving in Europe, in a bid to regain his place in Bert Van Marwijks’ Socceroos squad in the lead up to the World Cup finals.

Glory’s signing of Ikonomidis means he is the fourth Socceroo-capped player to be signed by new Perth coach Tony Popovic. As well as a new coach, and recruits, Perth has also appointed a new CEO in former Sydney FC CEO Tony Pignata, all indications that Glory is arming itself for a serious assault on the A-League title.

“The appeal of coming here was the project that is happening at the club,” he said.

“I definitely think that Glory will be competing for the title this year and that was one of the most tempting things about signing.

“I spoke to Matt Spiranovic over the phone a few weeks ago and he really convinced me what a great place this is.
“I enjoyed my time in the A-League last season and now I’m really excited to get started with Perth.”

Glory football director Jacob Burns said there was a lot of competition from other clubs for the signing of Ikonomidis.

“There were numerous other teams, both here and abroad, vying for his signature,” Burns said.

“To get another Socceroo onto the books is fantastic and he adds further quality and balance to what was already a very strong squad.
“The fact that he has been at a club of Lazio’s stature is a clear indication of the talent he possesses.
“He is also a proven performer at A-League level having scored three goals and provided four assists for Wanderers in only ten games last season.
“The extra attacking option that he provides will ensure another wonderful selection headache for Tony Popovic.”