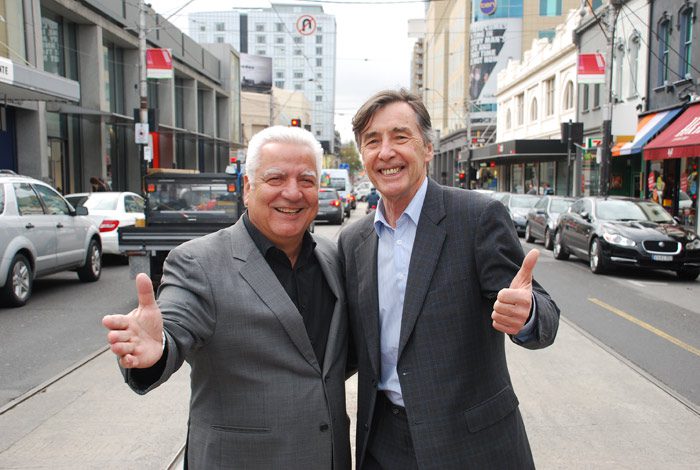 City of Stonnington councillors have approved a total of $6.1million to upgrade Melbourne’s iconic Chapel Street retail precinct.
The decision made this week follows a concerted campaign led by the Chapel Street Precinct Association (CSPA) and its president Jim Pothitos, to persuade the council that the precinct had been starved of funding in recent years.
The situation has led to retailers leaving the area, customer dissatisfaction and residents dismayed by the area’s decline.
City of Stonnington confirmed that in their 2012-13 budget they will commit $885,000 towards the precinct including $400,000 for the creation of a master plan. Moreover, a total of $6.1 million will be allocated to implementing that plan over five years.
Speaking to Neos Kosmos Jim Pothitos said that he welcomed the council’s commitment.
“We’ve highlighted for some time the importance of not just beautifying the area, extending and replacing existing footpaths and planting trees, but also looking to develop spaces where residents, the local workforce and visitors can interact.
“This will provide the infrastructure required to meet the growing demands placed on the precinct as a primary activity centre, while further confirming the Precinct’s advantage as one of Australia’s premier destinations,” said Mr Pothitos.
The CSPA president added that a think-tank will now be established involving all stakeholders to realise the master plan – comprising architects, town planners, traders and residents. The plan is expected to be complete within six months.
Mr Pothitos said that removing graffiti, introducing new infrastructure such as barricades for pedestrian safety and footpath improvements would be the first priorities.
City of Stonnington Mayor Cr John Chandler expressed his support for the initiative, telling Neos Kosmos:
“This is exciting news… Council recognises that all of its retail precincts make a valuable contribution to Stonnington, adding to the City’s vibrancy and sustainability, and Council is dedicated to investing in these precincts to ensure their longevity and prosperity.”