Christos Tsiolkas: ‘If you can’t see the humanity in the other person then I’m scared of you’

Neos Kosmos speaks to renowned Greek Australian author Christos Tsiolkas about his body of published work that has him shortlisted for the $60,000 Melbourne Prize for Literature 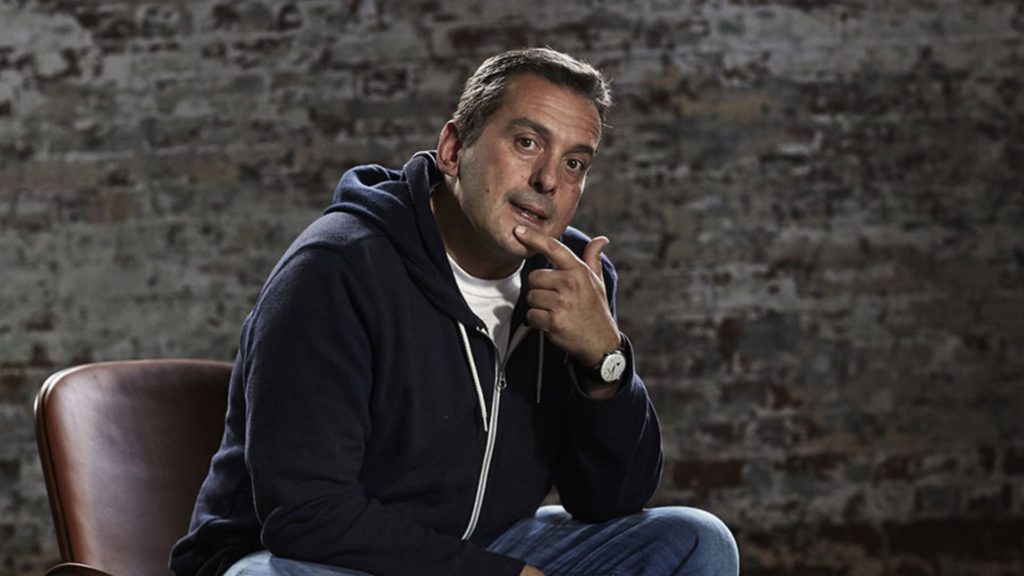 Bill feels he has been treated rudely by one of the staff members and in a moment of anger and rage says to Trina “what a stuck-up black c…” An old couple nearby hear the slur and are stunned while Trina responds, “You Neanderthal how dare you?”

Bill then rebukes himself and lists a number of other names he should have called the gallery attendant instead.

“All of them were inexcusable but none was as disgraceful—no, as blasphemous—as what he had said,” writes Tsiolkas.

The author reveals that he wrote that story as a challenge, to ask the reader to examine their own thoughts and how in today’s culture we are too quick to judge.

“It was to think about what’s in their own heads and not be so bloody self-righteous, that we are not made perfect,” he tells Neos Kosmos.

“Increasingly to be homophobic, racist, sexist is to go against the dominant culture. I’m not critical of that, there has been huge civil rights struggles for a long time to make that a possibility.
“I wanted to write Tourists because the danger in having those positions, people can get really pious and moralistic and go ‘anyone who is racist, sexist, transphobic and homophobic are wicked’. I have racist and sexist thoughts. What you have to do is watch out, think and try and understand where they come from. I am a humanist. I believe people can change.”

But Tsiolkas says that having those humanist views has got him into trouble on occasion.

“Sometimes you can get smashed. One of the things I find quite disturbing in the culture is how we seem to be forming ourselves into identities that seem quite separate from each other. A core element of my ideas and my politics that I want to express is something that is in an old fashioned way, deeply humanist. To actually say there are things that connect us beyond language, beyond nation, beyond ethnicity, beyond sexuality.”

Some of those humanist themes will be further explored in Tsiolkas’ sixth novel, which will be out next year, featuring St Paul, the Christian Apostle.

“I write about him because his letters contain one of the streams that coursed into the river of what we know as humanism,” he says.

“I was just a little boy when I first heard the Christian lesson ‘those without sin then cast the first stone’. I am 52 now but that story is still central to my ethics. Those people, whether they are religious, politicians or the mob, they are dangerous in terms of what they can do in the world. They refuse to see the humanity in the person opposite them. It doesn’t matter whether you are a xenophobe, racist or a righteous feminist or queer activist, if you can’t see the humanity in the other person then I’m equally scared of both of you.”

The refugee story is different to the migrant story, but there are connections. One of the connections is the exile of losing a home and that has been a painful thing for both my parents. That is something we need to talk about more as Greek Australians.

Last month Tsiolkas made the short list for the $60,000 Melbourne Prize for Literature, which is awarded to a Victorian author whose work has made an outstanding contribution to Australian literature and to cultural and intellectual life.

Looking back at his five published novels Loaded, Dead Europe, The Slap, Barracuda and Merciless Gods, the award-winning writer revealed that two key themes permeate throughout his work.

“The first is ‘what does family mean?'” he says.

“Family is an incredibly important ideal and idea for me. The second one is a more existential question which is, ‘how can you be a good person in this world?’
“I grew up as a working class kid, my parents were factory workers. For my father and mother everything was secondary to their children, which is a common migrant story. That’s what’s formed me so of course it’s going to be in my writing. You can’t excise your experiences. Growing up in those worlds and being part of those worlds, it’s the nature of how I see truth.”

Much of Tsiolkas’ work contains graphic detail of sex, as well as brutally honest depictions of the human body. The author reveals that much of his work is done with the hope that it liberates people from shame.

“One of the big challenges in my life was to deal with shame,” says Tsiolkas, who is openly gay.

“Shame about the body, shame about sexuality, shame about not doing the right thing; it’s an emotion that can be so destructive. The books and films I loved had the outsider, people who were shamed, who were condemned for not doing the expected, the right thing. I hope that is always what I do in my writing; to look at that idea of shame. I also think we really fear the body in our culture and I am suspicious of that fear.”

A candid Tsiolkas admits that putting pen to paper was a selfish pursuit, but that there is another group of people that enter his thoughts when he writes.

“I don’t want to pretend that I have some altruistic motive because I love doing what I do,” he says

“But one of the things I am proud about is I am an ambassador for the Asylum Seeker Resource Centre. I feel like as a human being who has the experiences of a migrant background to always think about the 10-year-old asylum seeker child.”

Subsequently the author feels strongly that people from migrant backgrounds should feel empathy, as he puts it, “about the stranger, about the foreigner, about the exiled and about the refugee”.

“That does put fire in my belly,” he says.

“I know what it’s like to be despised because of where you have come from because I have seen what racism is. My parents left the country that they loved because they couldn’t live there, because of poverty, because of a civil war, because of circumstances that made it impossible to stay in Greece.
“The refugee story is different to the migrant story, but there are connections. One of the connections is the exile of losing a home and that has been a painful thing for both my parents. That is something we need to talk about more as Greek Australians.”