With the A-League kicking off on Friday and the W-League starting their campaign next week, Neos Kosmos takes a look at the Greek Australians set to make their mark during the 2018/19 season 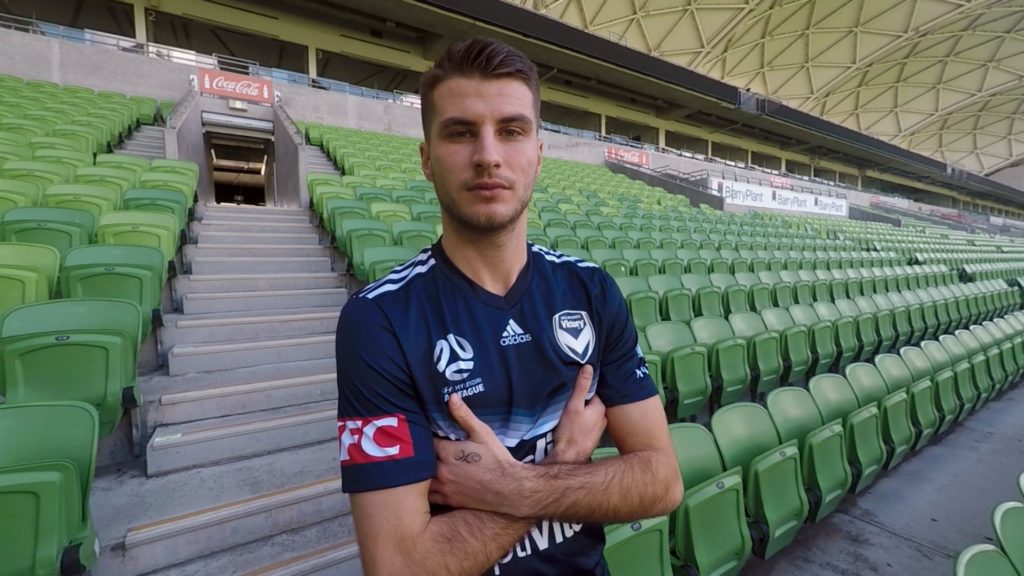 Despite suffering a 1-0 loss in the decider, Petratos can be extremely satisfied with his performance after placing second in the A-League player of the season award and making his debut for the Socceroos.

The 25-year-old also made the 2018 Russia World Cup squad and although he didn’t play in the finals, he will be hoping to add to his two Socceroos caps and feature in January’s Asian Cup.

Dimi’s younger brother Kosta featured four times for Newcastle and the 20-year-old recently made two starting appearances for the Jets in the 2018 FFA Cup.
Meanwhile, third brother 19-year-old Makis will be hoping to be involved with the senior side this season, after some impressive showings for the youth team last term.

After featuring 13 times for Newcastle last campaign, including playing in the Grand Final, Johnny Koutroumbis was set for a big season. However the 20-year-old will be sidelined indefinitely after he was diagnosed with stage one thyroid cancer. The club has advised the prognosis is good and the cancer is treatable, especially as it has been caught early.

Also keep an eye out for Adam Zervas, who was part of the Australian U16 National Youth team squad that qualified for next year’s U17 World Cup.

Sydney FC
Jerry Skotadis, 18, was promoted from the Sydney FC youth team to the senior squad when he signed a one-year A-League scholarship contract for the 2018-19 campaign.

The midfielder played 21 games and scored four goals during the 2018 NSW NPL season and could make his debut in the A-League this term.

Two other Sydney FC youngsters to watch out for are Australian U-17 Youth International Tyson Savas and 19-year-old Andrea Agamemnonos who has shown promise for the Sky Blues youth team during the last two years.

Adelaide United
After initially being considered a fringe player at the beginning of the season, 22-year-old midfielder Nathan Konstandopoulos ended up making 23 appearances and scoring two goals last term.

Nathan’s younger brother Kristin made his A-League debut and the 20-year-old attacker will be looking to showcase his skills more regularly this campaign.
Meanwhile, 19-year-old striker Apostolos Stamatelopoulos will be looking to build on his debut season which featured seven games and a memorable goal against the Western Sydney Wanderers.

Brisbane Roar
Former Greek international Avram Papadopoulos may have scored four goals but his first season in the A-League was a nightmare.

After being suspended for seven games due to ill-discipline, Papadopoulos then broke his ankle. After being out for a number of months the now fit 33-year-old will hope his second A-League campaign is filled will less drama.

Last campaign, the Australian U23 international suffered a season ending injury, but after linking up with the Mariners the 22-year-old defender is hoping to get his career back on track for the 2018-19 season.

Speedy winger Peter Kekeris made his A-League debut against Melbourne City at the end of last season. The former Australian U17 international has been part of the Mariners Academy set up for the past two years and the 19 -year-old earned his maiden professional contract in time for the 2018/19 A-League campaign.

Melbourne Victory
After conceding an own goal Terry Antonis’ never say die winner against Sydney FC in the semi-final that earnt Victory a spot in the decider against Newcastle Jets will go down in Australian football folklore.

After playing over 100 games for Melbourne Victory, Kosta Barbarouses’s controversial goal in the 1-0 Grand Final win over the Jets has given the Kiwi winger club legend status.

Meanwhile James Troisi will be looking to put aside the disappointment of being left out of the Socceroos 2018 World Cup squad with an improved showing for Victory after his performances dropped off last season.

Heading into the 2018/19 season, the Greek Australasian trio will be a key part of Melbourne Victory title winning defence.

Melbourne City
After being part of Melbourne City’s youth team for the last two years, Anthony Lesiotis made his competitive debut for City’s senior team against Brisbane Roar in the 2018 FFA Cup.

There are big wraps on the 18-year-old who earlier this year was selected for the Australian U19 squad that played in Japan. The midfielder will be hoping to make his A-League debut this season.

Look out for 16-year-old Thomas Lambiris who was part of the Australian U16 national team that qualified for next year’s Under 17 World Cup.

Western Sydney Wanderers
Tass Mourdoukoutas, 19, will be aiming to break into Markus Babbel’s first team squad on a regular basis after the defender made his A-League debut last season and signed his first professional contract in June.

Meanwhile things are looking up for Kostas Grozos, after the 18-year-old midfielder made his competitive debut for the Wanderers in the FFA Cup semi-final against Sydney FC earlier this month.

Both players were selected to participate at the AFC U19 Championship in Indonesia later this month with the aim of qualifying for Australia in next years Under 20 World Cup.

Sydney FC
Sydney FC’s W-League captain Teresa Polias has played over 100 W-League games and was an inspirational figure as she led Sydney FC to the Grand Final last season.

After suffering a heartbreaking defeat to Melbourne City in the decider, the 28-year-old will be looking to go one better in the upcoming campaign.

This season the Young Matildas defender is expected to push for more game time in her third year in the W-League. 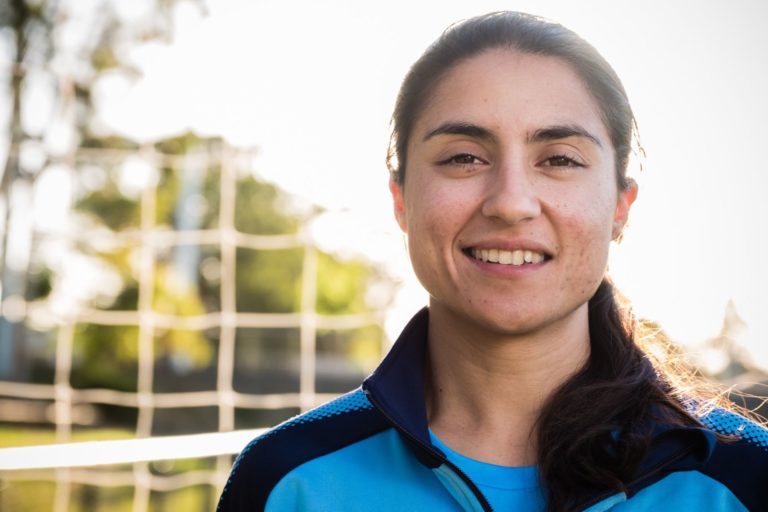 The creative midfielder scored goals for fun for South Melbourne’s NPL side and the 16-year-old will be looking to make an even bigger impression in the upcoming W-League season.

Sokalis was also named in the Young Matildas 23-player squad that will travel to Lebanon this month for the first phase of qualifying for the 2019 AFC U19 Women’s Championship.

Newcastle Jets
Panagiota Petratos featured seven times for Newcastle’s W-League team last season and the 19-year-old will be aiming to show her talent even more in this campaign.

After scoring eight goals for NSW NPL club Illawarra Stingrays in the off-season, Danaskos heads into the 2018 campaign in form.

Stamatopoulos is currently part of the Football Federation Victoria National Training Centre and has also spent time training with NPL team Northcote City.
Both girls are expected to feature for Australia in the second round of AFC U-16 Women’s Championship in 2019.