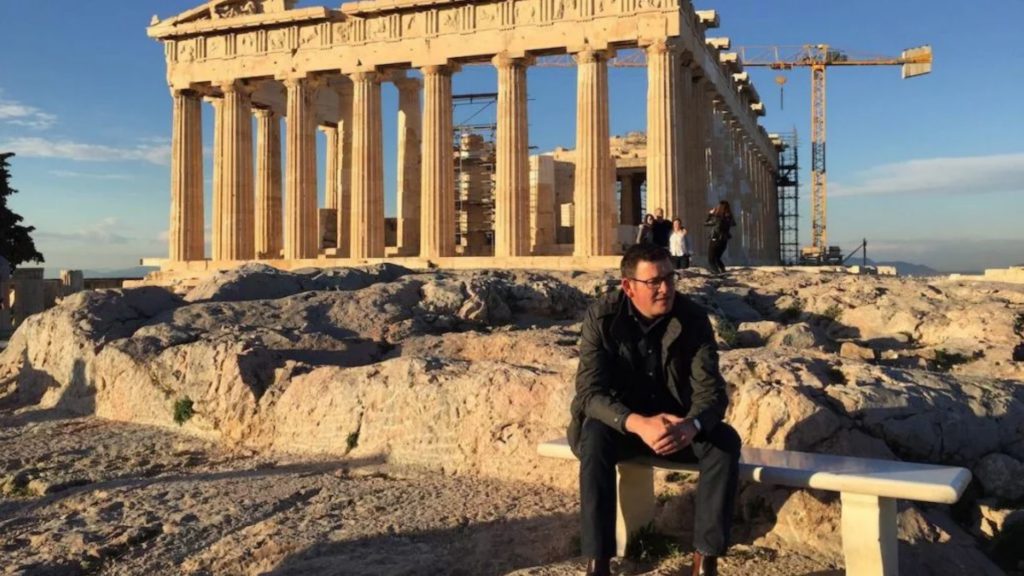 In the lead up to the state election this month, the financial pledges from both sides of the political spectrum continue to roll in for various sectors of the Greek community.

With 2021 marking 200 years of Greek independence, on Thursday the Andrews Labor Government announced that if re-elected it plans to establish Victoria’s first $200,000 Greek Independence Festival and Events Fund for community organisations to hold celebrations, events and festivals that mark the bicentenary.

“This is to make it extra special for every single person of Greek heritage, every family member, and the broader Victorian community … the biggest celebration of Independence Day outside Greece. And that makes perfect sense given that we are the biggest Greek centre, the biggest Greek city outside Greece after Athens and Thessaloniki,” Premier Daniel Andrews told Neos Kosmos, acknowledging the contribution Greek communities have made in creating a stronger state.

In addition, Labor has committed to bringing the Hellenic Presidential Guard back Down Under to mark the momentous occasion, which the Premier said is not only special for the Greek community but for every Victorian.

“It is a very moving, very very special occasion, and I am very honoured to be there,” he said, reflecting on the Evzones’ visit the past three years.

“We will have them here as they have never been before; it will be a really special show. It will make a very poignant and emotional day for the celebration of our Greek heritage even more special.”

The Liberal National party has also vowed to financially support the Greek Presidential Guard to visit Melbourne every year to participate in Greek National Day celebrations if Matthew Guy is elected Premier of Victoria.

Meanwhile there was also good news for PRONIA this week.

On Tuesday Minister for Early Childhood Education, Jenny Mikakos together with Minister for Multicultural Affairs, Robin Scott and Labor Candidate for Brunswick, Cindy O’Connor visited PRONIA to announce the allocation of $100,000 for its work in family violence prevention through the Victorian Multicultural Commission’s Capacity Building and Participation Program.

This comes in addition to the $420,000 that has already been committed to PRONIA to continue its newly arrived Greek migrant project, in recognition of its excellent service to the community.

“Sadly for many migrant communities, talking about family violence has been a taboo subject. PRONIA’s work will assist the Greek community tackle this difficult issue,” said Minister Mikakos.

Labor support to PRONIA extended to its Alpha Children’s Centre in Richmond. Minister Mikakos visited the centre with local Member, Richard Wynne to announce funding for its Greek bilingual kinder program, which will run from next year.

“We’re supporting the Greek community across all ages, from our youngest Victorians to our senior citizens,” said Minister Mikakos.

“Greeks have a proud and rich history and the teaching of the Greek language at Alpha Children’s Centre will ensure we keep them connected to their language and their heritage.”

Education is also high on the agenda for the Liberals, who on Tuesday pledged $4.3 million to Oakleigh Grammar for improvement works if elected.

Announced as part of the Liberals’ $400 million Catholic and Independent Schools Capital Fund, the school has revealed it will put the money towards constructing an aquatic centre and a dedicated car park in a bid to ease congestion in nearby streets.