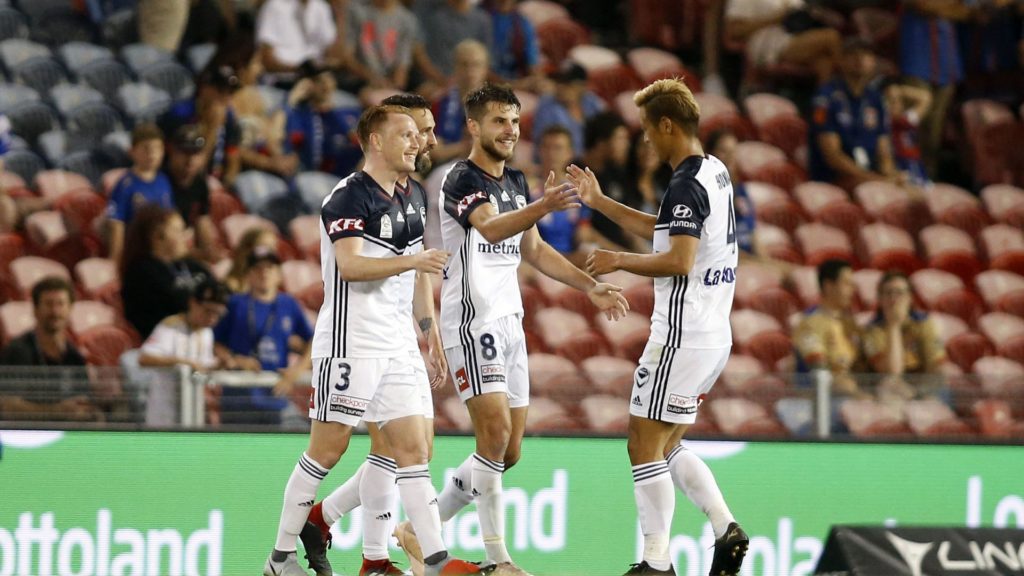 As Melbourne Victory attempt to get back on form against the Central Coast. Photo: AAP/DARREN PATEMAN

Football Federation Australia and the A-League have announced their initiative in association with the Australian Defence Forces for the fourth round of the league to be named ‘Remembrance Round’.

This title serves as a reminder of Remembrance Day, which is this Sunday 11 November, when World War I came to an end.

Before the start of all games, there will be an ADF order of service as a sign of appreciation towards all those who fought and died.

Also, every club will be offering tickets at special prices for the members of the Defence Forces and all teams will be auctioning their playing kits from the Remembrance Round in order to raise funds for the Poppy Appeal.

Through this initiative, the A-League hopes to utilise football in a positive way for society by raising awareness for the importance of this day.

Meanwhile, Melbourne Victory will attempt to capitalise on their win at Newcastle last weekend in order to create a successful run.

The premiers welcome the Central Coast Mariners at the MCG and will once again be without the services of Swedish striker Ola Toivonen.

The offensive duo of Terry Antonis and Keisuke Honda already seems to be quite productive for Muscat’s team, however they will expect more from some of their other key players, if they are to move further up in the ladder.

At the same time, Melbourne City will be wanting to get back on course after last week’s heavy 0-3 home defeat by Sydney FC as they host the Wellington Phoenix.

Bruno Fornaroli has yet to find the form that he wants as Riley McGree is turning into the go-to man for goals in the team.

Interest will be high in Adelaide, where third placed United will welcome second placed Perth Glory.

The home team are fortunate to have an incredibly on-form Craig Goodwin, who has scored five goals in his last three appearances, forcing even Graham Arnold to reconsider his choices for the national team call-ups.

Perth also have their own offensive weapons as their duet up front of Ikonomidis and Keogh have been doing well against some difficult opposition.

Table-leaders Sydney FC travel to Newcastle where they will be forced to defend their advantage against the Jets.

They will need the clinical finishing that Adam le Fondre has shown so far in the season and has led him to top spot of the scorers category, having already netted four.

Finally, the Western Sydney Wanderers will take on the Brisbane Roar as Alex Baumjohann has begun to show some of the qualities that landed him starting positions in teams such as Schalke.