As the deadline to opt-out of My Health Record fast approaches, Dr Con Costa feels it’s his responsibility to inform the community of the other side 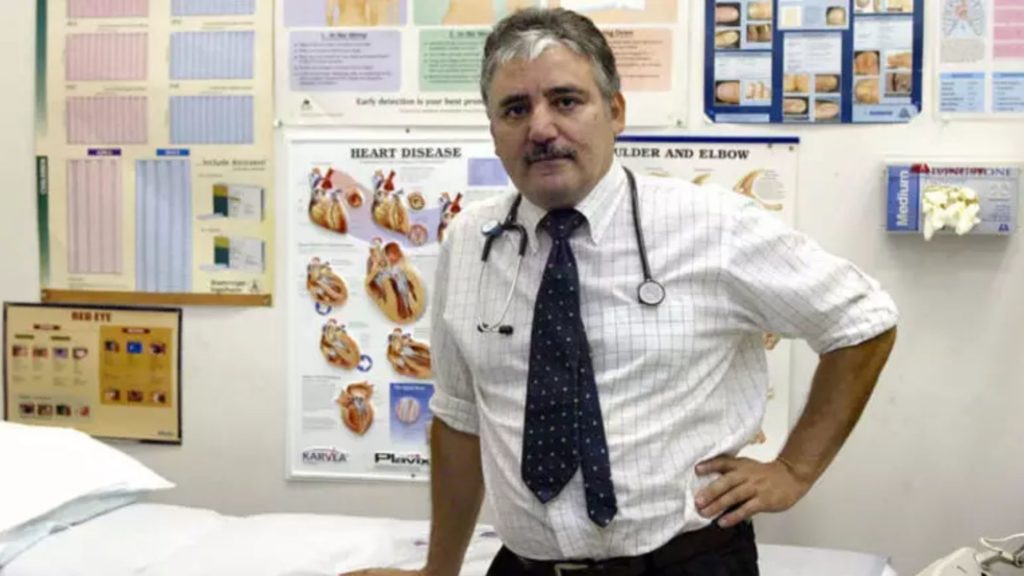 Controversy surrounding My Health Record continues, as the deadline to opt out of the digital database fast approaches.

Despite a senate inquiry into the matter recommending that it be postponed for 12 months, supported by Labor and the Greens, the coalition has chosen to go ahead with its plan giving Australians until 15 November, after which around 17 million Australians will automatically have a health record created for them.

It will include their medical data from the past two years including every doctor they have visited, medical conditions, pharmaceutical data, and pathology results – all of which will automatically become available to some 900,000 medical practitioners across the country – a reality that concerns Dr Con Costa.

The outspoken Sydney-based practitioner says it could have long-term implications on patients if the data gets into the wrong hands.

He believes the original idea for My Health Record, which was designed as an opt-in record for complex care patients and already had six million Australians on board, made sense.

“I’m feeling very unhappy that something that started off as a doctors and computer people trying to help patients with chronic medical conditions – an elective scheme where the doctor and the patient decided, making an informed decision assisted by independent advice from their doctor – has changed,” Dr Costa told Neos Kosmos.

It is estimated that 40 per cent of Australians have yet to hear about My Health Record, a concerning figure given Dr Costa treats a large percentage of culturally and linguistically diverse (CALD) patients.

“They say it will be personally operated by you; you will have control. You can go in, you can take stuff out – which reduces the effectiveness of it anyway, you can block people from seeing it – great, sounds fantastic. None of my patients can do that! None are computer literate; they’re older Greeks or migrants,” he says.

To help ease concerns, this week Health Minister Greg Hunt unveiled changes to the My Health Record legislation. Among them, the doubling of fines to $315,000 or up to five years’ jail for those that misuse the e-health system, and that the Australian Digital Health Agency (ADHA) cannot delegate access to patient records to other entities, health insurers cannot access records, and employers may not use them to discriminate against workers.

But the legislation is unlikely to be set in stone by 15 November.

“There’s no law to prevent the sale of this private data to insurance companies and the corporations. If someone hacked it, or even if the government wanted to later sell the data to get the money back for all these costs,” he says.

“The government’s saying now we’re going to introduce some rules to say that the government can’t do that, but who’s to say that they can’t change the laws down the track and say ‘well maybe we can sell a little bit'” – a claim that may not be all that far fetched.

My Health Record after all has a privacy framework that is identical to England’s failed system, cancelled after it was found to be selling patient data to drug and insurance companies.

“How come Medicare has no money, the ABC has been cut back, so has Centrelink. There’s no money for anything, and yet this thing … they can’t throw enough money at it. You start getting suspicious.”

Meanwhile it would seem Dr Costa isn’t the only physician with concerns, the numbers speaking for themselves.

“Three quarters of Australia’s GPs have opted out – 30,000 specialists, only 300 have shown any interest. In other words, all the specialists are not in, so why am I sharing my record if the specialist isn’t in? It’s absolutely scandalous.”

Adding to Dr Costa’s concerns is monetary incentive for uploading patients’ data, with a payment of up to $50,000 per year, per medical practice being allocated. Taking his Hippocratic Oath seriously, he says this creates a conflict of interest.

“My responsibility as a doctor is to protect you, that’s what you come to me for. And I think now they’re forcing the doctors into an unethical position. So you sit down with your doctor, and your doctor says ‘I’ll upload this, it’s good for you’ but the doctor’s not saying ‘and I’m going to get $50,000 a year for doing this’,” he explains.

While the record has in large part been justified to ensure better treatment of patients, with more accurate information, Dr Costa says that the biggest factor when it comes to mistakes in the medical field is a lack of time with the patient for critical thinking, a direct cause of a lack of funding for Medicare.

With My Health record estimated to cost over $2 billion with annual costs currently at $500 million, he says the funding would be more wisely injected into Medicare to give doctors more time with patients to better understand problems and manage conditions.

“Let’s be quite clear about this, I would not be talking to you had it stayed as opt in, because what the doctor and patient do voluntarily, that’s their decision. I don’t think it’s safe, but I agree for someone that’s 85 years old, has had cancer and lots of doctors,” says Dr Costa.

“I think My Health Record Opt In was the Trojan horse, getting all the medical professionals involved, thinking we were going to help the chronic, complex patients with this and then once they got us all involved, they changed it to opt out and thought we’d be stupid enough to keep supporting them.

“You asked me why I’m doing this? Wouldn’t you as a doctor? Having been trained in the Hippocratic Oath and watching all this happen, the more I looked at it, the worse the smell got.”