“We are a hard working government that delivers” 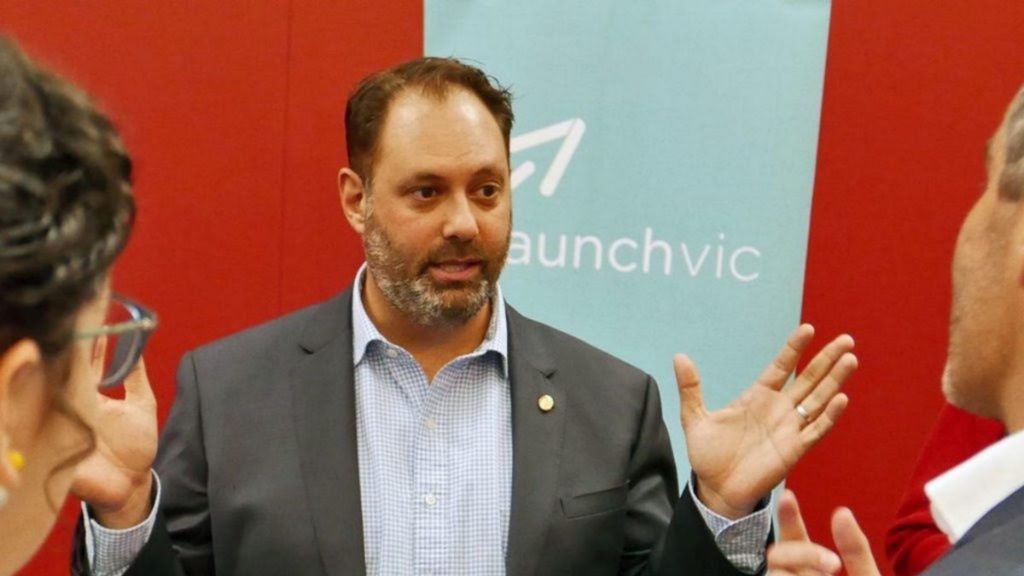 In little more than a year after his arrival to the joint, Dalidakis got a promotion. He was elevated to one of the most important ministries of the state, taking under his wing the portfolios of Trade and Investment, Innovation and the Digital Economy and Small Businesses.

His father was born in Volos, Greece and his mother in Shanghai. She is the daughter of Jewish refugees who managed to escape from Nazi Germany in 1939.

He has worked in both the private and government sectors. His professional career started from Deloitte, he then moved on to Centro Properties Group and he was chief executive officer of the Victorian Association of Forest Industries from 2007 to 2011. His entry to the political circles came in 2011 when he became Deputy Chief of Staff to Senator Stephen Conroy, who at the time was federal minister for Broadband.

His electorate includes some of the richest suburbs of Melbourne, the likes of Balwyn, Brighton, Caulfield, Glen Iris, Hawthorn, Kew, Malvern and South Yarra. Born, bred and living in his predominantly Jewish community electorate, he is well known to his constituents through his community work which includes being treasurer of the Jewish Museum of Australia, treasurer of FKA Children’s Services Inc or Homework Support volunteer with Southern Ethnic Advisory and Advocacy Council.

In August, Dalidakis made national news not in regards to his demanding portfolios, but in relation to his advocacy for multiculturalism and social cohesion. He accused federal minister Peter Dutton of ‘race baiting’ and ‘discriminatory conduct’ due to Dutton’s claims that Melbourne has a serious law and order problem, caused by African gangs, comments for which he was later threatened with legal proceedings.

The Southern Metropolitan Region since 2010 elects three Liberal MPs, one Labor and a Green. Dalidakis being first on Labor’s ticket looks into returning to the Victorian parliament but he knows the battle isn’t as easy. Here is why he thinks that the Andrews government and himself should return to power.

Which do you think are the most important issues for your constituents?

My electorate is very diverse. It has some of the wealthiest areas and some of the most socio-economically disadvantaged suburbs. It has well established families, refugees, newly-arrived migrants and everyone in between.

Obviously, key issues include school upgrades, public transport and level crossing removals, hospital and ambulance funding.
Maintaining our strong job growth is also critical as we have seen unemployment drop to 4.5 per cent from a high of nearly seven per cent under the previous Liberal government in November 2014.

And of course ever present is our need to continue to tackle our number one law and order issue, family violence.

What do you offer to the Greek community within you electorate?

I would hope voters appreciate that we are a hard working government delivering for our community. Having enjoyed the privilege of serving as Victoria’s Trade Minister too, I look forward to delivering on the Andrews Labor government’s commitment to running a trade mission to Thessaloniki in 2019.

Our support for the Greek community at home is evidenced by the largest one-off financial commitment it has ever received of $2.5 million, Labor’s contribution to our Greek community building in the city, increase in funding for Greek language schools and ongoing commitment to the many local Greek community festivals.

Greek Australians like me, worry about supporting our parents as they age. As a result we are providing more support to Fronditha to help care for the increased demand of aged care beds and at home support including respite.

In terms of supporting our Greek brothers and sisters, you need look no further than our support offered to the Greek government during the tragic bushfires (something we know only too well here in Victoria), and of course our advocacy of the return of the Parthenon marbles, something which remains part of our Greek soul.

For what reasons do you think voters should give you their vote?

I am immensely proud of my Hellenic background and given my surname, it obviously travels with me wherever I go.

I also offer at the highest level of government, representation in Cabinet for both the Greek and wider community. We are the third largest Greek city in the world and I remain proud to have the privilege of serving you.