Alex Epakis, making his mark as a rising coach in Australian football

A coach educator and assessor at Football Federation Australia and Football NSW, Epakis is also the senior coach of Sydney University’s Men’s and Women’s NPL teams Alex Epakis was only 26 when he made history, becoming the youngest A License accredited coach in the country.

The FFA/AFC A Licence allows him to take charge of an NPL, W-League, National Youth League team as well as be an A-League assistant coach. It’s only one level down below the professional license which allows you to be an A-League head coach.

Now at 27, the Greek Australian is a coach educator and assessor at Football Federation Australia and Football NSW, but also the senior coach of Sydney University’s Men’s and Women’s NPL teams.

Speaking to Neos Kosmos, Epakis says that he never saw his young age and lack of playing experience as barriers to being a coach.

“Whilst I don’t offer a professional playing background, I’m quite methodical in my work as a coach,” he says.

“I’ve also done a Masters in coaching at Sydney University so I try and educate myself in other ways, so I can offer experiences other than a playing background. If you apply yourself to the process, age doesn’t matter. You are still able to go through the relevant learning and development as required to get to that level.”

When he was in his early 20’s, Epakis decided the path to top level football would be through coaching rather than playing. His first coaching role came when he was offered a chance to assist set up Sydney FC’s youth academy and he says that experience was a revelation.

“At the Sydney FC Academy, we were totally focused on player development and enhancement,” he says. “The focus was on assisting that player develop through the age groups to hopefully one day represent the club at first team level in the A-League .I appreciate the value and importance of coaching youth, but at the time I wanted to test myself with senior age groups.”

Epakis soon got his wish, when he took on the role of Head of Performance and assistant coach at W-League league club Canberra United, where he relished the chance to mentor top line players.

“This provided a different learning experience altogether,” he says. “The focus was on winning and preparing players to win each match with a specific game plan for the opponent. It was a constant process of observation, preparation and then execution on match day. The players are focused and have high expectations of the coaching staff. It was an environment that I personally thrived in. The senior performance phase of football is an exciting one, and one which I feel most comfortable in.”

At first the men’s team were in danger of being relegated, but his coaching acumen came to the fore as he guided them to fourth place in the NSW NPL 3 Club Championship. But it was with SUSFC’s women’s team that Epakis had his greatest success and proved that he was a coach on the rise after he led the club to the NSW NPL First Grade Premiership.

Epakis says his time at Sydney University proved to him he could cut it in senior football and he admits he has ambition to coach in the A-League one day.

“I aim to coach at the highest level,” he says. “I’ve been lucky to have been exposed to three different programs. In the A-League Academy, the W-League and Senior NPL and all three have provided different learning and different experiences. I’ve enjoyed all three for various reasons. But I always say to myself that I want to be in an environment which stimulates me and where I can add value.”

Epakis is so highly considered that he also coaches the coaches. His role at the FFA and Football NSW incorporates the delivery of the C and B Licence and he revealed that mentoring coaches involves a completely different tool set to coaching players.

“From a formal coach education point of view, a lot of emphasis is given on what components make up a training session,” he says. “However, coaches need to look at other ways of developing themselves. This includes coach observation, personal analysis of football, delivering sessions and spending time on the pitch. But most critically of all, moving towards a growth mindset. Things can always be done better and more effectively. As coach, you need to constantly search for the ‘better’.”

Whist it’s only been a short space of time, Epakis feels he has made some great insights into sports education and how the next generation of players and coaches are being prepared.

“I believe that sport and coaching education are improving in both theory and practice,” he says.

“A greater emphasis on coaching science is being embedded into FFA coaching courses as well other sporting coach education programs. For me, this is key, because without clear principles and strategies of communication and teaching, the knowledge of the sport is irrelevant. Strong football knowledge has to be coupled with strong teaching ability. This is a core element in the FFA courses.”

“His Asian Cup success inspired me,” he says. “He really wanted to not only change the game, but the Australian identity and the way in which we played football. He was also a Greek Australian who played in the NSL but he wasn’t a superstar. It was enough for me to realise that you can change the way things are done and have an influence without having that professional background.
“But the way he stood firm in believing his tactical and playing principles and using attack as the best form of defence, they are the same types if things I believe in as well.” 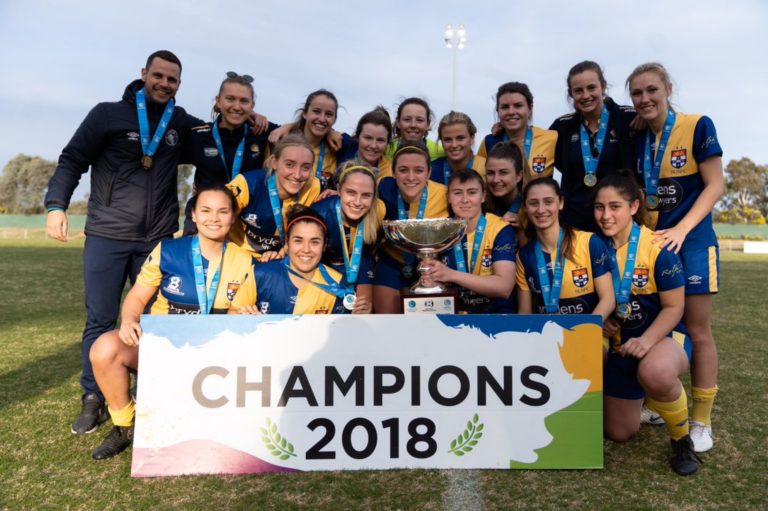 Epakis revealed that learning about Postecoglou’s experiences growing up in Melbourne resonated deeply with his Greek Australian roots.

“Although that time was very different to which I grew up, there were still some core things that were the same,” he says.

“In terms of the work ethic that were instilled in my family. The connection with your grandparents. My parents both instilled similar values where you don’t get anything given to you, you have to work very hard with what you want to do. Especially with this career that I’ve chosen, it’s not a very stable career. So I know that I have to work hard to achieve my goals.”