An academic’s approach to a Roadmap for Peace in Cyprus

A new book edited by Dr Michalis Michael is giving a sense of possibility to the resolution of the Cypriot issue, while examining the role of the Diaspora in the process 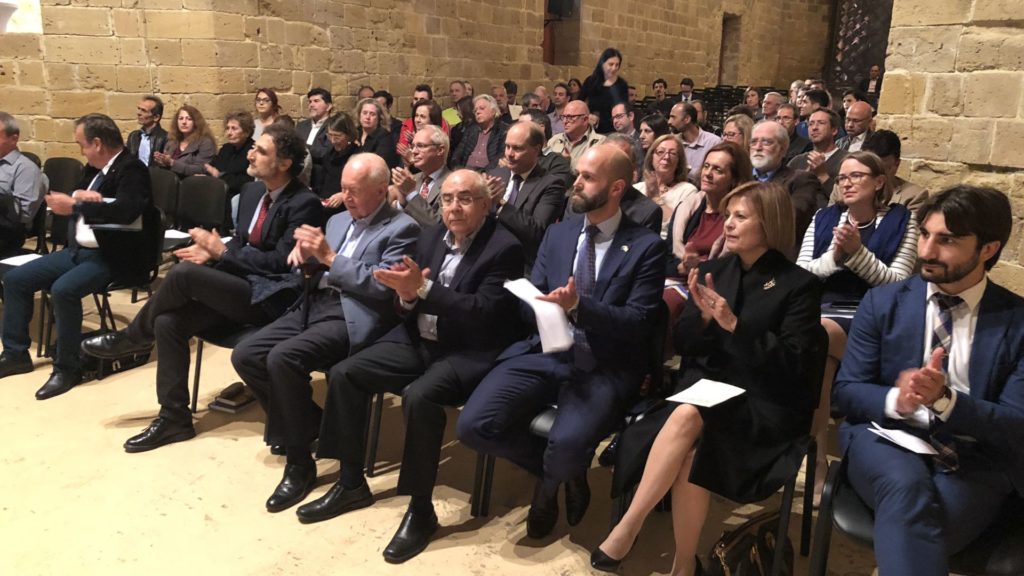 “We all have a misplaced inflated idea, not just of ourselves but also of our products. I have no delusion of grandeur that this book is going to change how the Cyprus problem is handled,” says political scientist at LaTrobe University, Dr Michalis Michael, about the new book that he co-edited with his colleague Professor in the Department of Political Science and International Relations at the Eastern Mediterranean University, Yucel Vural.

While the above statement of modesty might be revealing of the qualities of Dr Michael’s character, it doesn’t do justice to the possibilities this book opens and the different approaches it offers on remodelling the dialectic process for the resolution of the Cyprus issue.

Cyprus and the Roadmap for Peace: A Critical Interrogation of the Conflict is a collection of essays written by the co-editors, academics of Greek and Turkish Cypriot background and ex politicians, heavily involved in the issue.

The contributors span from the likes of Dr Constantinos Adamides (Assistant Professor at the School of Law and Department of Politics and Governance at the Nicosia University), Erhan İçener (Associate Professor at İstanbul Sabahattin Zaim Üniversitesi), Neophytos Loizides (Professor of International Conflict Analysis at Univeristy of Kent), the former President of the Republic of Cyprus, Dr George Vassiliou, the Turkish Cypriot politician Derviş Eroğlu, and the list goes on.
Apart from being a necessary tool for those who want an insightful update on the political and social climate in Cyprus and the challenges, as well as impediments and opportunities that may arise from this, the book also examines the role that three undervalued and/or ignored by the political class, players might play in the remodelling of the process. Namely the diaspora, the refugees and the settlers.

Published by the prestigious and well known in the realm of international relations, Edward Elgar Publishing house, the book was launched some weeks ago in Cyprus under the auspices of the Australian High Commission in Cyprus.

It has to be also noted that while the credit for the conception and execution of this project belongs to Dr Michael and Professor Vural, credit should also be given to the Cypriot Academic Dialogue team and its’ role into aiding and supporting it. The Cypriot Academic Dialogue is an Australian academics’ initiative of the Centre of Dialogue at La Trobe University, that was embraced by scholars of Greek Cypriot and Turkish Cypriot background and was recognised by the Australian Department of Foreign Affairs for its immense diplomatic contribution.

While it is not possible, due to space limitations, to delve into all the intellectual arguments presented, it is imperative to look into some of the most prominent themes of the book that is an assessment of the dialogue that the two sides are currently engaging with, new directions that might help to end the current impasse between them and the positive or not role that the Diaspora, refugees and settlers can play in this process.

INTERCOMMUNAL/ INTRACOMMUNAL DIALOGUE IS THE KEY

Dr Michael, is it fair to say that this book is a ‘dialogue’ between different people, about the ‘dialogue’ – or its absence – between the two sides? You are talking about a new approach to the dialogue between the two sides, the intercommunal one, arguing that the players of the intercommunal dialogue, the political class, seem unwilling to introduce in this process, which you think can possibly bring about some positive outcomes. How can this book help towards that direction?
The only thing we can do as scholars is to come up with ideas and put them out there. Now whether they resonate, be adopted or inspire, that’s another matter. I believe that the intercommunal dialogue at least at a political level conducted by the leadership, is incapable of introducing the intracommunal dialogue in the process. We call it ‘first track diplomacy’, which involves government and state actors. By its nature, it hasn’t got the flexibility to conduct this. And this applies not just for Cyprus. It applies in every conflict and tense situation, like for example between the Hellenic Republic of Greece and FYROM, which affects us directly, because obviously it’s a very contentious, controversial issue, especially after the Prespas developments. Governments and States do well to allow second track diplomacy, informal, unofficial dialogue, to be conducted by civil society. I mean academics, the Media, to the extent that they are not polarised, even capital. They can conduct these dialogues and there is no cost to them. Politically, if they work, they can adopt these ideas, if they don’t work, they can abandon them. Their legitimacy and credibility doesn’t get impeded upon. So I don’t think the leadership is capable of that.

Are you saying that the intracommunal dialogue is ignored by the political class?
I do not know if they ignore it but I think there is a desperate need for dialogical engagement within both communities. Greek Cypriots desperately need dialogue amongst themselves, Turkish Cypriots too, but we have to acknowledge the different set of dynamics there, because you have the Turkey factor, which impedes on the political and social dynamics. They also need a dialogue amongst themselves. Now what we suggest – or what we put out there – is the idea that they have to start talking to themselves.

Can you elaborate on the role that the Diaspora might play in remodelling the nature of the dialogue.
The Cyprus conflict has a lot of stakeholder groups that are affected. For us, the three biggest and most important groups are the Cypriot refugees, the diaspora and the settlers. In Cyprus these days, when you talk about refugees, they think about displaced people from Syria, asylum seekers from Afghanistan or Sri Lanka. Somehow the issue of the Greek Cypriot refugees has been resolved. In the sense that they’d been integrated into the Cyprus society.

So I went and saw the muhtar of the refugee settlement Strovolos 2, which are still going, and where I lived there for a while. The man was very bitter and understandably. They have been ignored from authorities, they have no resources, they have no political acknowledgement. I mean fundamental issues. Their houses are cracking, there is no infrastructure. It was very dispiriting to hear that sort of depression.

In the Diaspora here, the Greek Cypriot refugees are of course very active and very present, but you see our needs are not materialistic, it is not a question of resources for us here. It is more political and even more spiritual. We have that luxury, because we don’t live in squatters, we are not caught in the binaries of a client state, where to get ahead or for your child to get ahead, you’ve got to have the ‘meso’. There are a lot of opinions about the role of the Diaspora. Some say the Diaspora should have a say in any referendum and some go the very extreme saying that they should be represented in the political process in the Parliament. I think the Diaspora is doing what it can within the limitations that it finds itself. In the other hand, we find ourselves in a place where we can freely engage with the others, whoever the others are, even if they disagree with us and that’s a skill. There aren’t going to be any obstacles, there are no consequences because we live in a third party country. There is good work being done but it goes unrecognised and it is under-resourced. The Cypriot Academic Dialogue and I bring this not because we did it. It is the flagship of Australia’s public diplomacy on Cyprus. The Australian Government had adopted it as the most important thing they are doing. This is something that brought together Greek and Turkish Cypriot academics and they get on fantastically. They do not have these hung ups about ratio, how many Greek Cypriots are on the executive committee. It is about relationship building, they feel so at ease with each other. Diasporic contributions like this enrich the intracommunal dialogue and can be constructively positive.

Finally, you mentioned the settlers as a major group whose needs should be taken in account. Can you please give us an example?
If they want reunification under whatever formula – the current, or it might be time to rethink the paradigm – they have to start to understand each other’s needs and address each other’s fears and concerns. If I have a need and you are not addressing it, I am not going to move from my position. Greek Cypriots are scared of Turkey. I do not blame them for that. Turkish Cypriots have to understand that this is a red line for the Greek Cypriots. Then Greek Cypriots have to understand the Turkish Cypriot inert fear as a minority of the majority. You can argue that it is unfounded, you can argue that things moved on but you need to convince them and to convince them as a majority you need to take that extra step and reach out to them and mean it, not do something and say ‘we did you a favour, you have to be respectful’.

‘Cyprus and the Roadmap for Peace: A Critical Interrogation of the Conflict’ is available as a hard copy or as an e-book through Amazon, Booktopia and other sites.