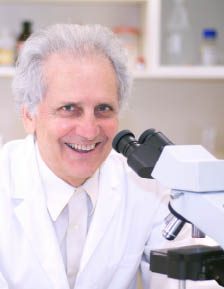 A prominent Greek Australian neuroscientist, Professor George Paxinos AO, has been elected to the prestigious Athens Academy.
Widely known in scientific circles for his research into brain mapping, Prof Paxinos has been recognised for his contribution to science’s understanding of the structure and function of the brain and spinal cord.
Prof Paxinos says the award, just one among many across a highly decorated career, is the most significant honour he has received.
“It’s the sweetest award that I have received because it comes from my first homeland,” he says.
Established in 1926 the modern Academy of Athens is Greece’s national academy, and the highest research establishment in the country.
Its members include the highest-achieving Greek academics in the fields of Natural Sciences, Letters and Arts, and Moral and Political Sciences.
The original Academy was founded by Plato around 387 BC and has existed in various guises since then.
However, Plato is not Prof Paxinos’ only link to history. Due to his titanic contribution to brain cartography, Prof Paxinos is often likened to Ferdinand Magellan, the first European to sail from the Atlantic Ocean to the Pacific.
“Much like geographers need accurate map and coordinate systems to navigate the globe, so do scientists to navigate the brain,” he says.
“They need coordinates systems to tell them if they are at a place, and how far they must go to reach another place.
“They need this coordinate system to be related to the external landmarks of the skull…so that they can locate structures deep in the brain without opening the skull in a major way, just making a little whole at the top of the structure they want to target.”
Simply put: “It’s like a directory of a city, like a Melways,” Prof Paxinos says.
This navigational information is predominantly used by medical researchers, but can also be used by doctors.
“When clinicians want to stimulate a part of the brain that deals with Parkinson’s disease, they can ameliorate the symptoms of Parkinson’s disease by direct intervention in the brain in some cases, and they use our maps to get to those places,” Prof Paxinos says.
Unlike Magellan however, when George Paxinos left his home on the Greek island of Ithaca, he certainly didn’t depart in pursuit of grand academic conquests.
In fact, he wasn’t planning to go to university at all.
“I wanted to go to university but I didn’t think they would accept me because I thought I was not good enough,” he says.
“I was actually the top student in my high school but I assumed that all the children from Athens would be far better than me. For that reason I didn’t even attempt it.”
What has actually transpired is a life dedicated to achievement in academia.
Prof Paxinos completed his undergraduate studies at UCLA Berkeley, his PhD at McGill University and spent a postdoctoral year at Yale before taking up a position at the University of New South Wales.
He has authored 160 research papers and 42 books, including The Rat Brain in Stereotaxic Coordinates, which is the third most-cited scientific book of all time.
“A scientist is happy when their work is used and people find it helpful, that’s the most significant reward that we receive in science,” he says.
Prof Paxinos’ life’s work has been recognised by a Ramaciotti Medal, a Humboldt Prize, being made an Officer of the Order of Australia, and now election to the Athens Academy.