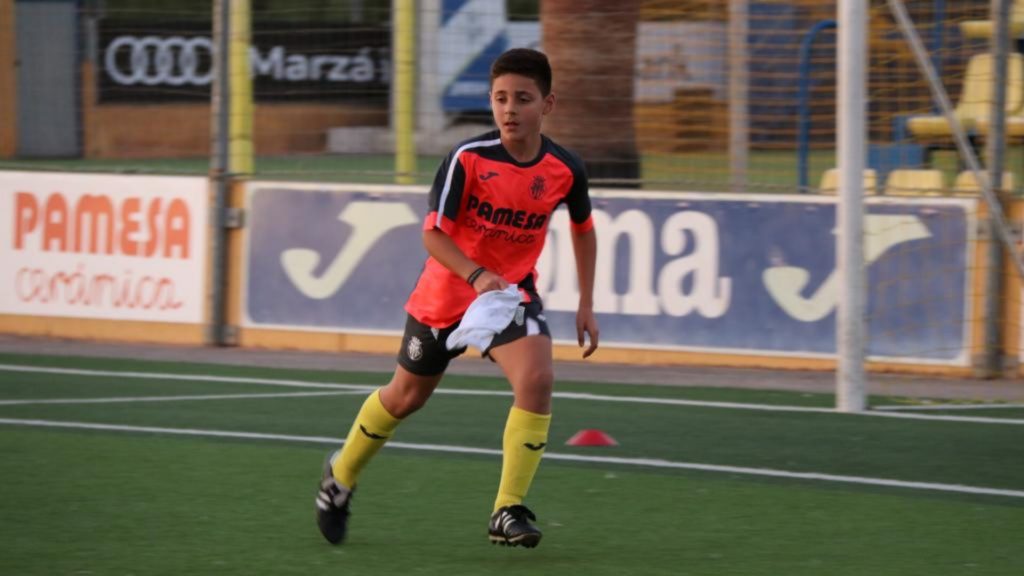 Always with a ball at his feet.

That’s the image Ms Paterakis has of her son as she explains to Neos Kosmos how the young boy was able to get an opportunity to train at the Spanish club Villareal CF.
George Paterakis took his first football steps at Bentleigh Greens, however for the past three years, he has been training with European clubs during the off-season to build up his skills.

“George has been going for the last three years to Spain,” his mother explains.

“This year, we decided to take him up to Valencia and one of the clubs there was Villareal. He was only booked in there for training.”

“After the first day, they invited George back for the second day and a week later, we were still there, while all these other kids were coming and going.

“So we thought ‘something’s going on here, why do they keep inviting us?’

“Two weeks later there was only one other boy, I think he was from America but then, on the last day, he disappeared and [the club staff] took my husband around the boarding school, and all the physios and psychiatrists and then they offered us an opportunity to train at the club for the season.”

Ms Paterakis offered some valuable insight about the way football is handled in Spain, when it comes to the younger level of players:

Ms Paterakis was particularly impressed by the professionalism of the club, and the fact that the youths all trained together, ate together and spent a lot of time with one another, while the psychiatrists of the club help them adapt to their new environment.

In short, as Ms Paterakis describes it, “Villareal is a village and this village operates around this one club.” She seems more than convinced that her son will be left in capable hands as the facilities and staff are state-of-the-art.

“We weren’t expecting to see this sort of stuff but they put in a lot of money into developing these young children. And their philosophy is ‘yeah sure, you can be a great player but your mindset needs to be right.’

From what they were saying to us, children don’t get kicked out because they’re not great soccer players because they can make anyone a great soccer player. But firstly you need to be doing really well in school and second, you need to be the right man for the job. So I’m sure that just by talking to my son, they saw something there that they felt they could do something with.”

Young George is a holder of a Greek passport (he travels to Greece at least once a year, his mother tells us) and so will be joining the Spanish side as an EU citizen.

But when it comes to the question of which national team he would potentially choose to represent, things are a little more complicated as the 11-year-old feels a sense of disappointment with the way things are handled right now in Australia:

“He’s not sure because he feels that Australia hasn’t supported the soccer community. My son now, he has to pack up and leave his own country to become something in this sport and he’s actually going to a country that’s not that well off when compared to Australia.

Australia has got the facilities and can make the sport great. So, in that sense, he feels a bit let down.”

While the training experience in Villarreal is rewarding for hard work, supporting George’s career has not been easy.

“There’s been a lot of private training and now we’ve started with everything else, building the core and a lot of other skills. And a lot of training overseas, this was not the first time,” says Ms Paterakis.

“So it cost a lot of money. Thankfully we’re in a position where we’re able to do all these things for him. Unfortunately, not everyone is and I think a lot of other children don’t get the opportunities they deserve because it is very, very costly.”

George will finish up with the school year then head over to Madrid at the beginning of January in order to settle down at the Villareal academy where a brand new experience awaits him. And hopefully the start of a great career.