Have we seen the best of Andrea Demetriades?

Neos Kosmos speaks to star actor Andrea Demetriades about her film and television career and finding that dream role that transcends ethnicity. 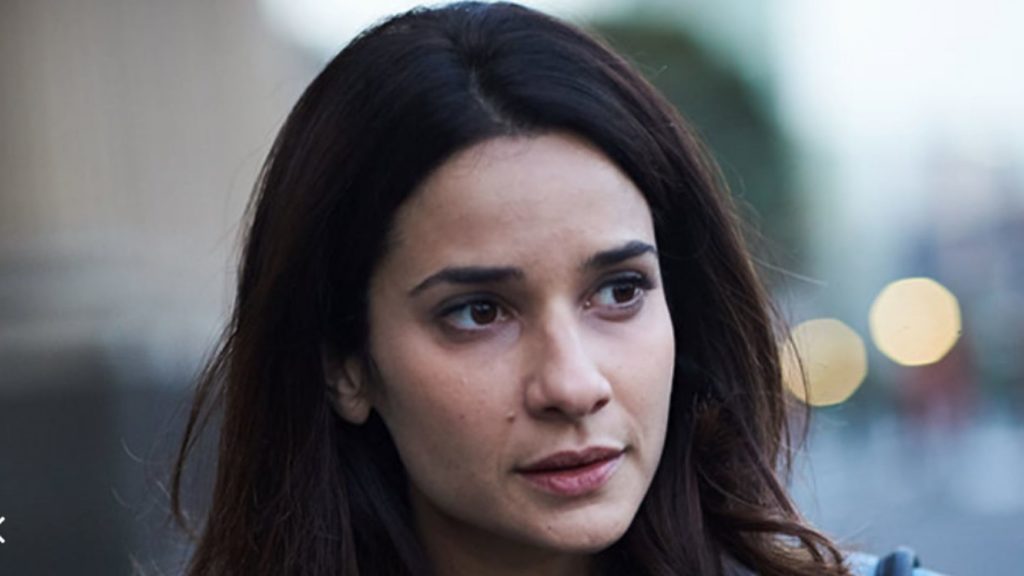 Regardless of where you have seen her on the screen, the talented Greek Cypriot Australian actress has been perfect for the ethnic character. But speaking to Neos Kosmos Demetriades revealed that she’d rather get roles based on her acting talent rather than her looks.

“All I want is a ‘representational’ film and TV industry where we transcend ethnicity, she says. “Where it’s not talked about or a driving force, there are just humans striving to achieve their everyday objectives. Yes it can be frustrating because I believe I can do anything. Yet, it’s also hard for other actors as these visual mediums are all about a specific look.”

While in TV and film Demetriades seems to play characters based around her ethnicity, it’s a different story when it comes to the stage. In the 2016 Sydney Theatre Company production of the Tom Stoppard play ‘Arcadia’ the Perth born actress played Hannah Jarvis an academic, feminist researcher. It’s the type of role she had always yearned for.

“Every actor dreams of working on Stoppard text, and I was so lucky to realise that dream,” she says. “Hannah Jarvis, the character I played, is a remarkable woman. Smart, driven and unstoppable. Even when faced with obstacles. A woman I would love to be. Any character you can play that is not driven by the way you look is a powerful thing.”

One director who is in awe of Demetriades’ acting talent is renowned Greek Australian film maker Ana Kokkinos. The director of ‘Head On’ has worked with the actress on TV shows ‘Pulse’ and ‘Seven Types of Ambiguity’ and told Neos Kosmos the best of Demetriades is still to come.

“Andrea is an explosive actress in many ways,” she says. “She has great recognition and respect in this country but I don’t know that people really get how good she is. I think she is pretty amazing and is a major talent.”

Born in Australia to Greek Cypriot father and her Greek mother, who was born in Australia, Demetriades is the youngest of four girls and growing up in Perth she had no choice when it came to attending Greek school as her father was the principal.

“It was most amusing when I would be sent to the principal, my dad, for being disruptive,” she says. “Then I’d see my sister Eleni already there for the same reason. Poor dad. Safe to say we always got off. Demetriades added, “We were very well integrated in the Greek community in Perth. My parents and all four of us girls went to Greek dances, church and school. I didn’t appreciate as much as I should have back then, but now when I look back I am so grateful they worked so hard for us to experience all the aspects of our culture first hand.” After moving to Sydney, Demetriades studied at the National Institute of Dramatic Art (NIDA). Even though that gave her the grounding to pursue a career in acting she admits that without sheer persistence she would not have been able to survive in the industry.

“The constant rejection is difficult,” she says. “And when your self belief falters, you want to quit,” she says “But then the highs are so extraordinary you keep going. It’s hard. I have got very far in many audition processes and lost the role. So you learn to pick yourself up and keep going. Perseverance is key.”

Another exhilarating moment for Demetriades was when she went to Los Angeles recently and was able to experience the emotional rollercoaster of trying to break into Hollywood.

“LA is both glamorous and depressing,” she revealed. “I was lucky enough to book a Pilot, “Murder” for CBS and Warner Bros, so that was amazing for me. But it’s so hard too as even though there are more opportunities, there are many more actors competing.”

As someone in the industry for over a decade Demetriades believes the opportunities for female actors to get better roles is gaining traction.

“Yes I think it is slowly changing. But slowly,” she says. But in terms of cultural diversity Demetriades has an interesting take on the subject – the actor believes the onus is on those communities to take up the mantle.

“I feel like it’s up to the people who have these stories to write them,” she says. “I can’t blame a white, middle aged man for not writing a character about an Australian woman, who has a Greek/Cypriot background, who was born in Perth. It’s a very exciting time in the film and TV industry with so many platforms. I’m just waiting for these stories.”

Demetriades has a busy 2019 ahead. First she will appear in the second season of ABC show ‘Squinters’. Currently she is filming Foxtel drama the “The End” and in July she starts work on US psychological thriller drama “Reckoning”. But when it comes to roles that Demetriades would like to play in the future what she covets the most are strong capable women.

“What I look for in a role is do they have a satisfying arc, are they flawed and is their function in the story important to the series/other characters?” she explained. “Generally I steer clear of anything I have done before that I don’t think I will learn anything from. But I love the character of “Rita” in Educating Rita, “Martha” in Who’s afraid of Virginia Woolf, and “Stella” from A Streetcar named Desire. Any of these greats I would love to have a go at.”