Thousands attended church services and the Blessing of the Waters at Port Melbourne, Frankston and Rye 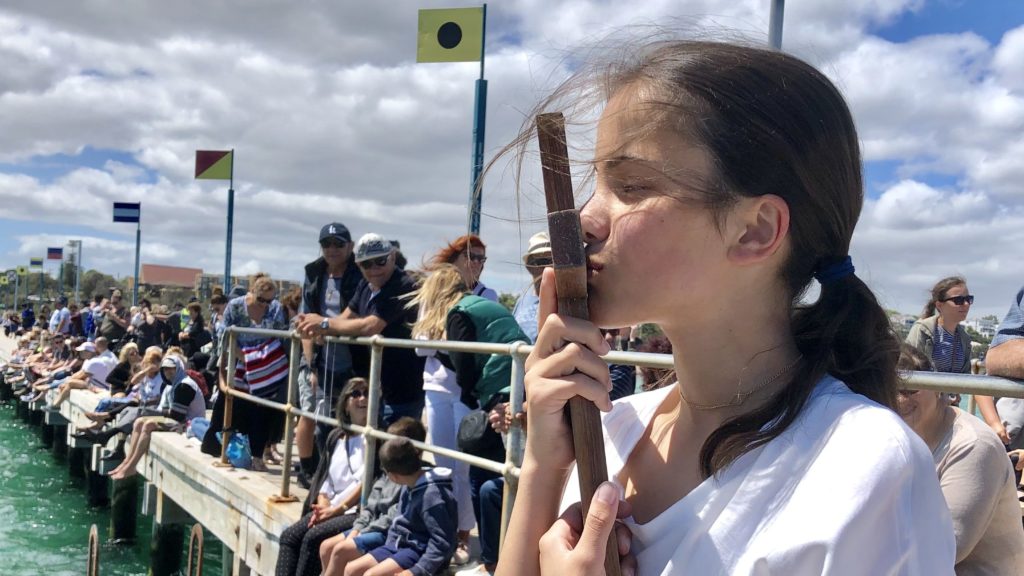 At the Blessing of the Waters ceremony in Frankston. Photo: Costas Deves

Melbourne’s Greeks showed up in droves to participate in Theofania (Epiphany) celebrations across the city’s piers, commemorating on January 6 the day of the revelation of God, the final major feast of the Christmas holiday.

Benefiting from the warm weather and this year’s religious observance falling on a Sunday, the Blessing of the Waters ceremonies with the highlight cross dive had an even more impressive than usual turnout.

As always, the combined celebration for all Parishes celebrated by Bishop Ezekiel of Dervis and Bishop Iakovos of Miletoupolis together with all the Clergy of Melbourne was held in Port Melbourne. 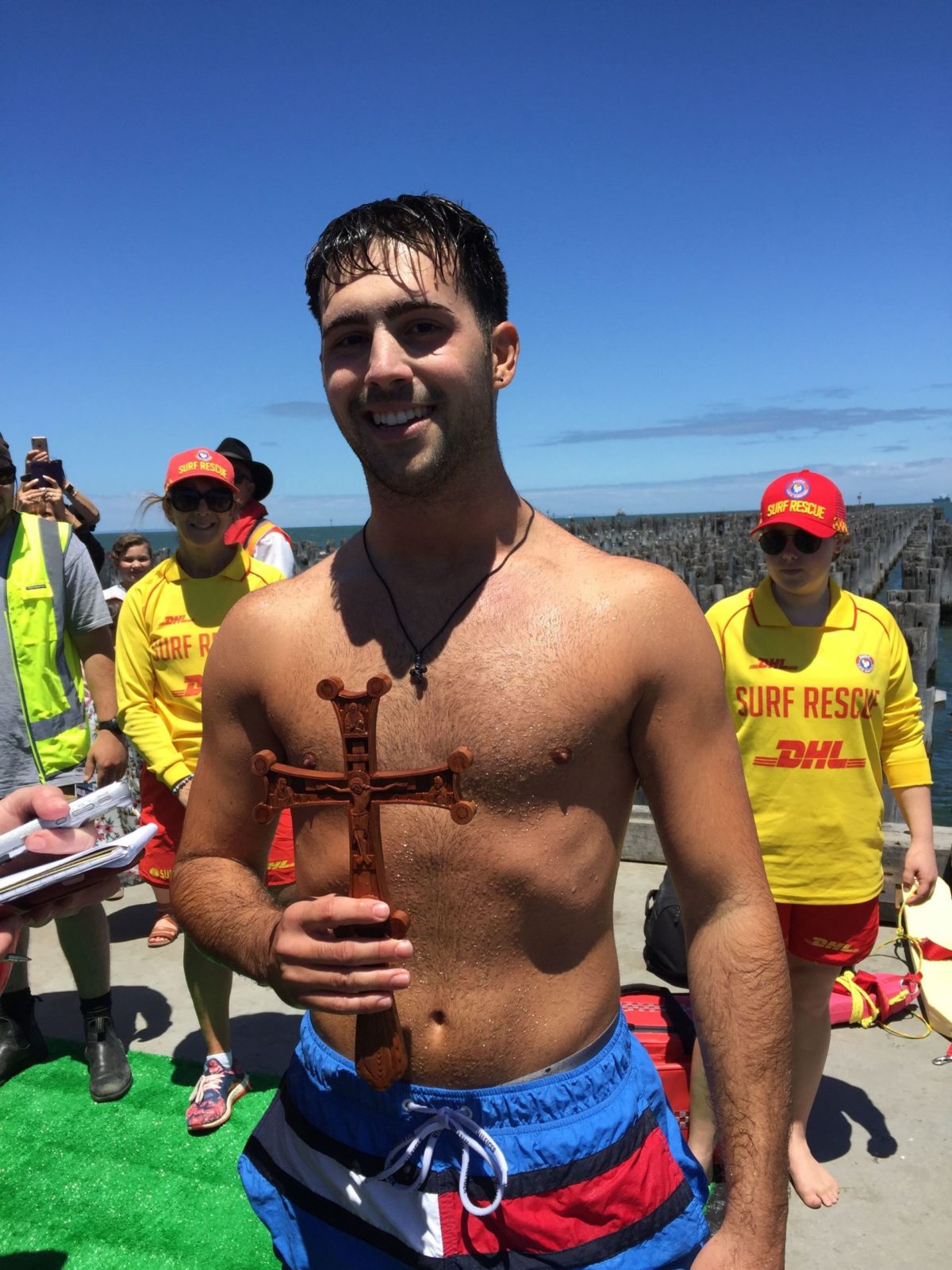 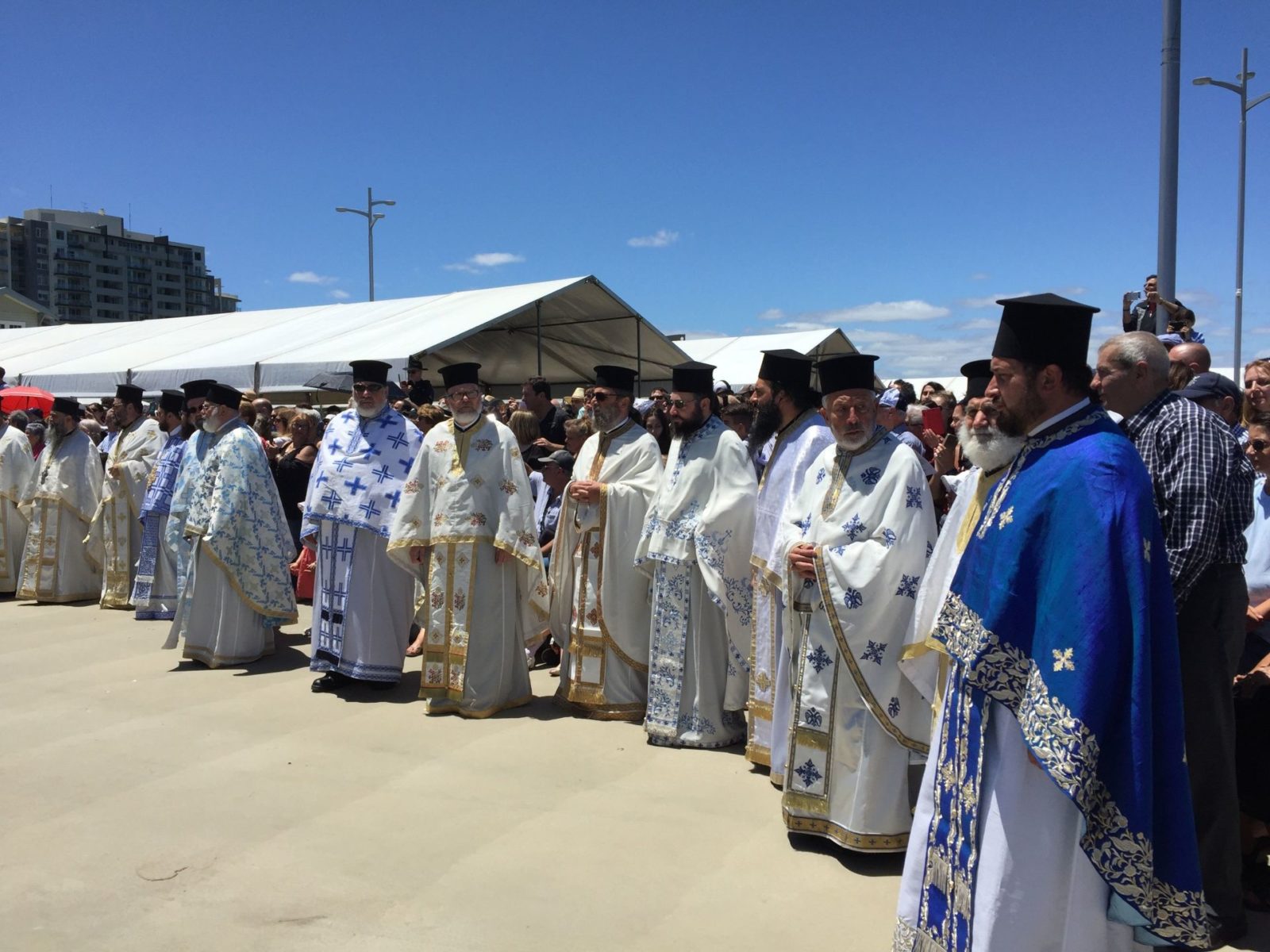 The combined celebration for all parishes took place at Port Melbourne's Waiting to dive for the cross Nikos Hatzidimitriou while retrieving the cross

Adding to the significance of the celebration is the fact that it takes place in the same area where thousands of Greek migrants walked their first steps in Australia during the mass migration periods of the 1950s and 1960s.

Community members and representatives as well as political leaders – including MP Martin Foley, representing the state government and Victorian Liberal leader Michael O’ Brien – congregated at Princess Pier for the annual rituals commemorating the baptism of Jesus Christ by St John the Baptist.

More than 20 people dived into the crisp waters to retrieve the wooden cross tossed by Bishop Ezekiel.

Despite fierce competition, 19-year-old diver Nikos Hatzidimitriou, a local physiotherapy student originally from Limnos, surfaced from the murky waters with the coveted cross held high. Tired but proud, he said that “just being in the water is a blessing in itself.”

“I’ve been diving for the cross in Port Melbourne for the past four years, and I wanted to enter just for good luck,” said Hatzidimitriou.

His proud mother Vicky and sisters from the Port Melbourne lifeguards watched from canoes in the water while more than eight thousand people cheered on from the Princes Pier.

Other divers like Aristeidis Armstrong were not so lucky. “I had tried two years ago after hearing about Epiphany from my mother and aunty,” Armstrong said. “I made a concerted effort to come again this year.”

Vassilis Baloutos, who had been diving for the cross at Port Melbourne for thirty years, had broken his leg when he slipped from the pier last January, but he came back in his swimming costume to watch as the other divers plunged for the cross. “I may not be in the water but I feel happy and blessed to be here,” he said.

The conclusion of the race for the cross was followed by the annual paniyiri.

In Frankston, the day’s festivities started at the local Greek Orthodox Church of the Holy Epiphany with the morning service taking place at 8am.

Lay people and clergy then headed to the beach for the much awaited Blessing of the Waters ceremony, which was also attended by Frankston Mayor Michael O’ Reilly. 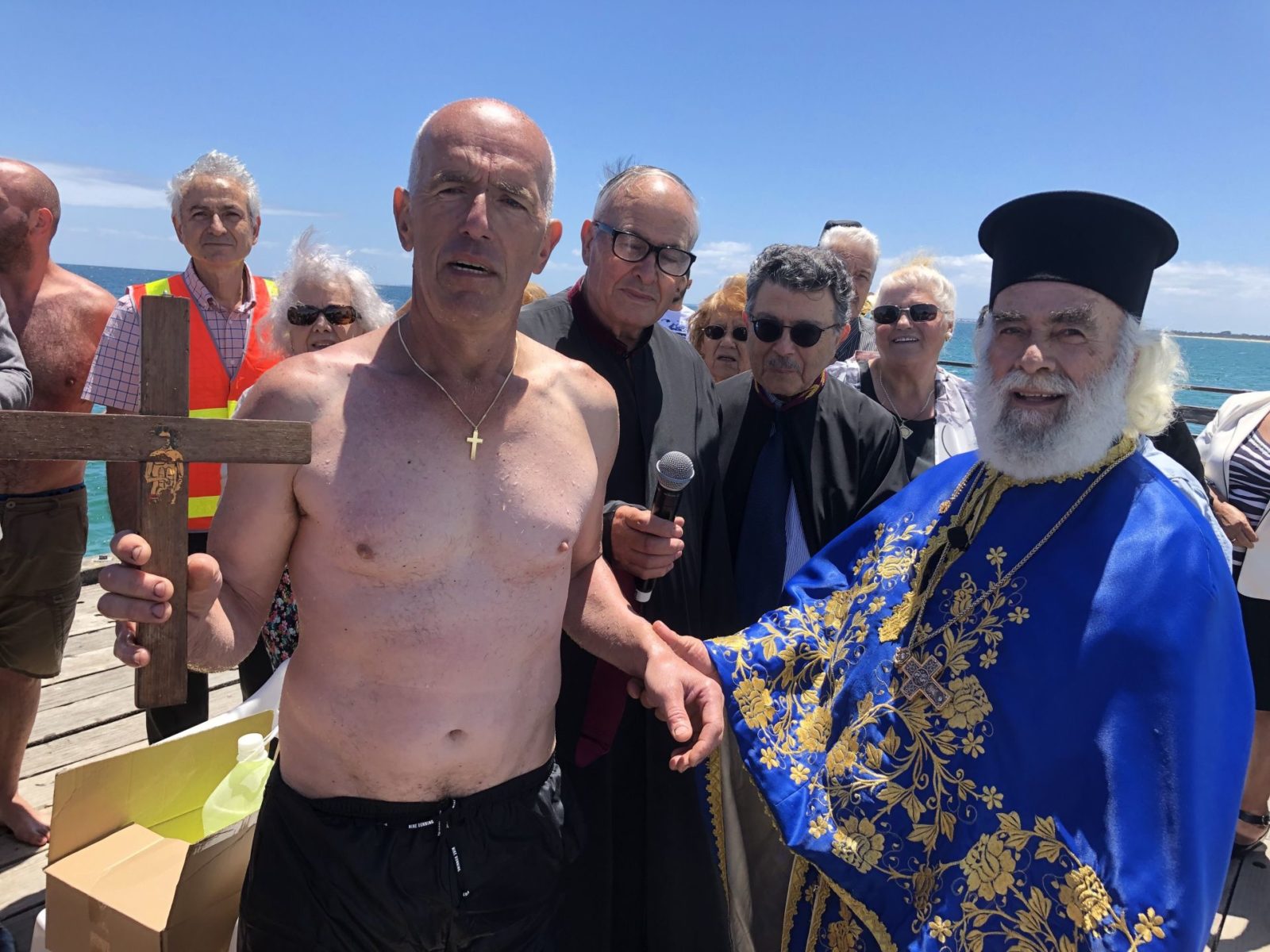 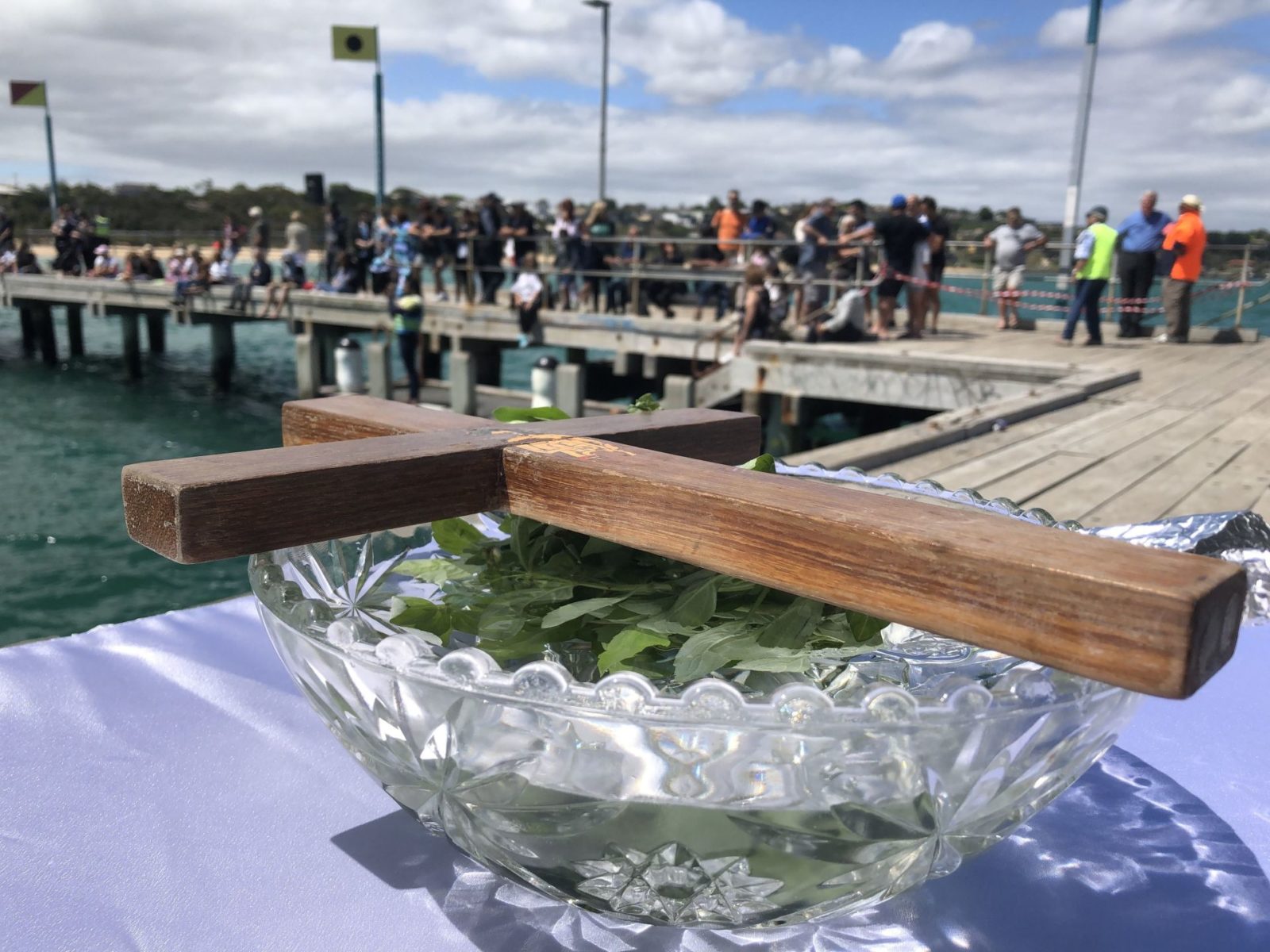 Among the attendees at Frankston's celebrations was Mayor Michael O' Reilly.

The winning dive for the cross was claimed by dozens of faithful, but finally Dimitris Agripidis was the one who secured, as tradition has it, good luck for the year.

Many were also those present at the Blessing of the Waters ritual in Rye at the pier of the seaside town of Rye, officiated by Reverend Father Eleftherios Tatsis.

Organised by the Holy Monastery of Panagia Kamariani in Red Hill, the day attracts hundreds both for the religious aspects of the festivities, as well as the famed paniyiri following the ceremonies.

Out of the 50 aspiring divers, Kyriakos Konstantinidis was the lucky one to retrieve the holy cross.

Meanwhile, in Adelaide 17-year old Victoria Paneras, the only female braving to jump in the cold waters of Glenelg beach managed to snatch the cross.