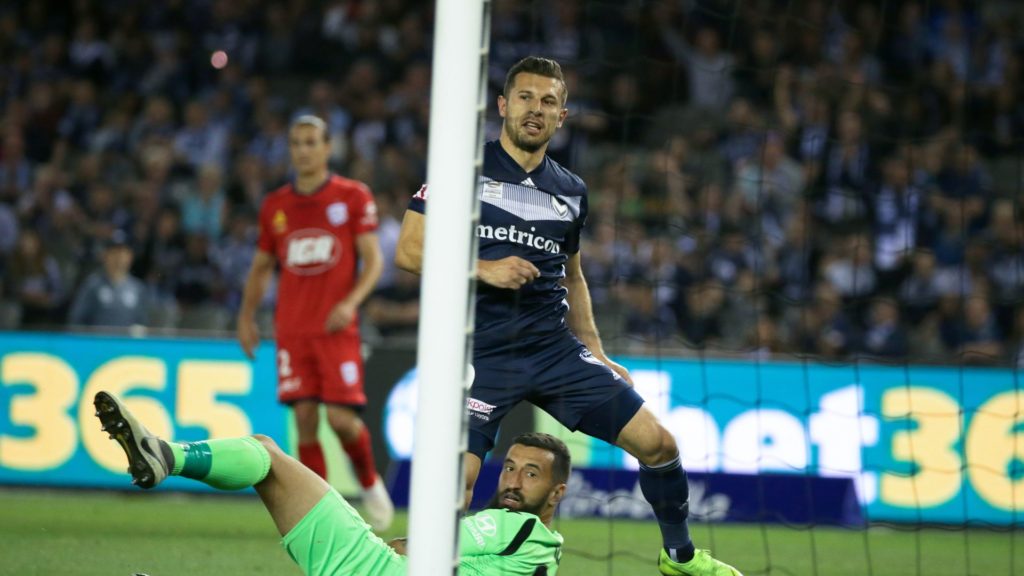 This weekend is set to be an exciting one for all football fans across Melbourne, as both local A-League clubs come face-to-face with formidable opponents.
The face-off begins at AAMI Park on Saturday afternoon, as table-leaders Perth Glory come to town to encounter Melbourne City, with their only target being the three points. The Western Australian team seem to be in top form, as proven by their recent appearance against the Wanderers where they managed to turn a 1-3 deficit into a 4-3 triumph – all within the span of ten minutes.
On the other hand, the “sky blues” have not impressed fans with their performances lately, despite a string of positive results. Warren Joyce seems to lack the clinical finishing that Bruno Fornaroli provided for the team. Despite attempts to cover up weaknesses with players he has at his disposal, the club is barely scraping through against some of the lower-ranked teams in the league.
In the meantime, Victory seem to have returned to form after a solid appearance in Brisbane last Tuesday night, where they emerged as clear victors in a game with the Roar, 0-5.
Greek forward Kosta Barbarouses scored a hat-trick for the visitors, while Ola Toivonen and Storm Roux provided the other two. This win will give the “navy blues” a necessary boost as they prepare to take on Wellington Phoenix for the second time within a month. Last time the two teams met, the champions were barely able to walk away with a draw, but this time around Mark Rudan’s men don’t seem as willing to do them any favours.
The former Sydney United coach appears to have helped the New Zealand club rise from the ashes and reestablish itself as one of the favourites for a playoff position.
In other games for round 14 of the A-League, Sydney FC will face the Newcastle Jets, while the Western Sydney Wanderers welcome Adelaide United.
Steve Corica’s men have maintained a solid stream of good results combined with convincing appearances and will be looking to climb even higher on the latter as Ernie Merrick continues to be troubled by the fact that his team creates the opportunities but lacks the goals necessary to win matches.
Meanwhile, Adelaide will want to return to good form as they take on a bedazzled Wanderers side, who are still trying to figure out how they were able to waste a two goal advantage with only 13 minutes remain last week in Perth.
In the last game of the week, the two teams at the bottom of the table will duke it out to see who walks away with those crucial three points.
The Glory are currently at the top of the ladder with 32 points from 13 games, with Melbourne Victory and Sydney FC tied at second with 26 points each.