Nia Stamatopoulos, a star on the rise 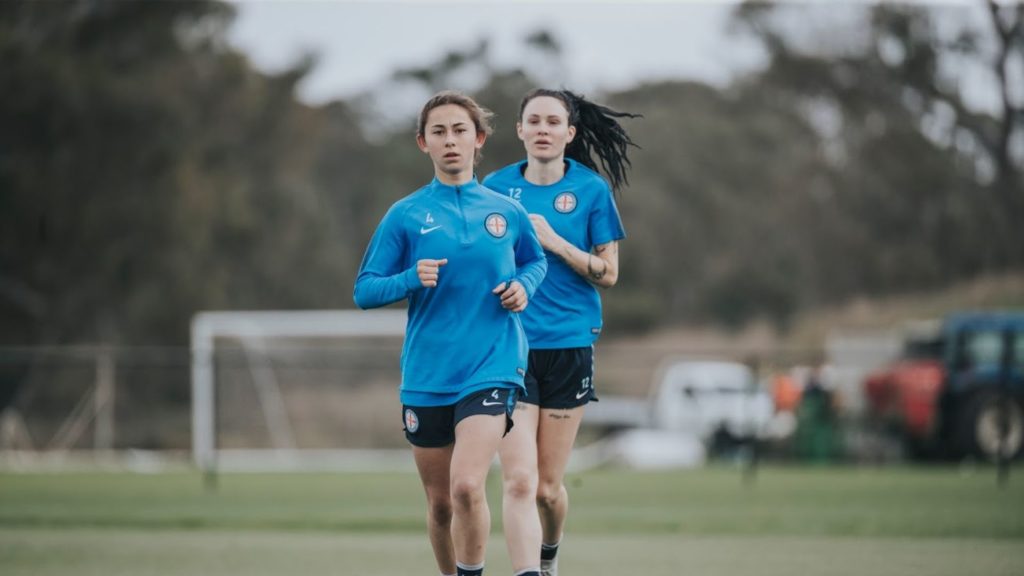 Growing up, Nia Stamatopoulos would kick a ball in the backyard with her brother but she never took the round ball game seriously till 2015.
A mere three and half years later, a meteoric rise has seen Stamatopoulos not only make her W-League debut, but also captain her country while all the way her journey has been documented on an ABC TV series.
Born in Melbourne to second generation Greek Australian parents the 15 -year-old started playing youth football with Greek club Northcote City. Stamatopoulos’ impressive performances in attacking midfield saw the then 12 year-old chosen to represent the Victorian National Training Centre.
A number of milestones soon followed such as representing the Australian U-17 team and signing her first senior contract with W-League side Melbourne City in 2018.
When Stamatopoulos made her debut for Melbourne City against Canberra United in October last year, the 15 year-old became the fourth youngest player in W-League history to make their debut.
Looking back at her first season as a senior footballer Stamatopoulos says that playing for Melbourne City and her country has been a dream come true.
“I’ve loved every bit of it so far,” she said speaking to Neos Kosmos after the completion of a gruelling session with Melbourne City.
“It’s all been really exciting, it’s been one thing after another. It was an amazing feeling getting out on the pitch and wearing the jersey and playing with these girls. It’s been an unforgettable experience.
“When something good happens you think that’s going to stop and then something else comes up. So it’s been a very exciting year for me and just the experience has been amazing.”
Matildas star striker Sam Kerr holds the record for the youngest W-League debut at 15 years and 45 days and while Nia wasn’t far behind she’s surprised to have achieved her goal so early. “I did not think I’d have a contract at the age of 15,” she says. “So it was a shock to me and I have loved every minute I’ve been here – I wouldn’t change it for the world. My first game I was very excited. I thought that I would be nervous but because I had such a good team and staff supporting me through that experience I wasn’t.”
Despite being a major step up from where she was playing previously Stamatopoulos has relished the opportunity to take her game to the next level.
“I’ve definitely seen an improvement especially in the training where I have trained alongside Matildas and other professionals,” she says. “I’ve gotten stronger and quicker and there is definitely a difference with how I have been going since the start of the year to where I am now.”
As well as her club commitments the 15-year-old attacking midfielder has been a regular member of the Junior Matildas including being captain.
During last year’s AFC U16 Women’s Championship 2019 Qualifiers, she led by example scoring five goals including one outstanding freekick against Palestine. 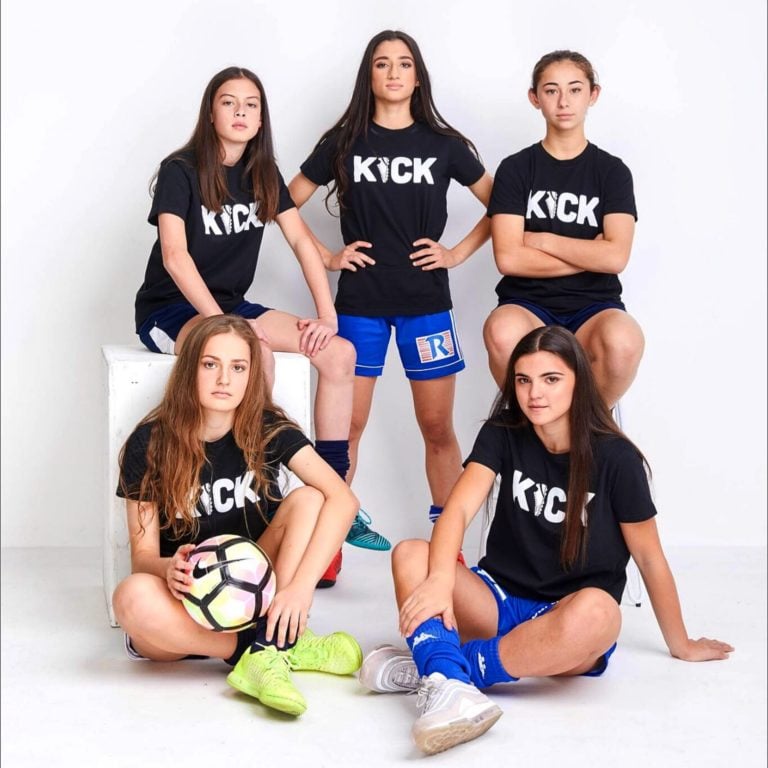 Stamatopoulos revealed how playing for her country has been a humbling experience.
“That was something that left me speechless,” she says. “It was just the best feeling ever putting that Australian jersey on and knowing that I’m stepping out on the field representing my country. It was a crazy feeling, but I have worked hard for it.”
Stamatopoulos is following in the footsteps of fellow Greek Australian midfielder Sofia Sokalis who last season also made her debut for Melbourne City at 15 years of age.
Having a fellow Greek Australian she can share this journey with has proved vital in her transition to senior football revealed Stamatopoulos.
“I look up to Sofia and how she represented her country and the young Matildas (U20’s). Although I am not complaining about where I am now,” she said.
“It’s been a massive help having Sophia alongside me. I can relate to her because she experienced what I have as she has been through a very similar thing to me, so it’s been good having her with me.”
Sokalis told Neos Kosmos she has enjoyed being a mentor for Stamatopoulos.
“It’s great to have someone your age in this kind of environment, it’s been good to have her alongside me this season,” she says.
Sokalis and Stamatopoulos have also featured in the ABC TV Show ‘Kick’ – a series which followed the progress of their careers over the last two years.
The popular TV show was screened before this season’s W-League campaign and recently the two teammates were invited to conduct a coaching clinic for a local girls team in Victoria.
“It was a good experience being filmed while having different opportunities,” revealed Stamatopoulos regarding her experience on ‘Kick’. “Also to help other girls and being able to inspire them. We have been getting a lot of messages and it’s been really good.”
While it still early in her career Stamatopoulos has aspirations to one day play for the Matildas.
“I look up to them,” she says. “I’d love to be like that when I am older. I love playing against them because it gives me a challenge so then I know what I need to do to get better and what things I need to work on and what level I need to reach. I look at it like they are role models. I don’t look at like I am at that level yet because I am not there yet.”