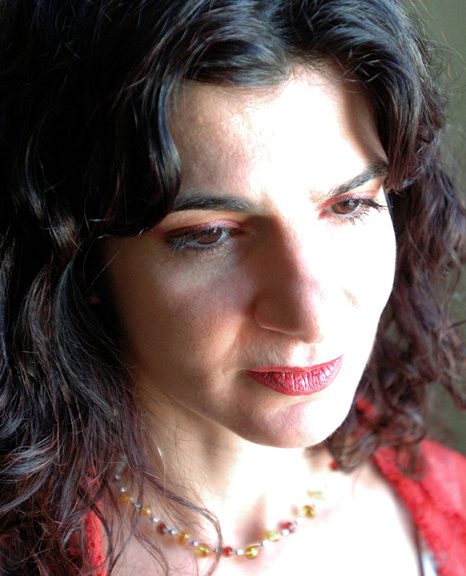 Christella Demetriou, along with musicians Lizeta Kalimeri and Spiros Sakkas, will be launching the work Sappho, Kavafy, as part of this year’s Antipodean Palatte Art Exhibition.
Sappho, Kavafy is based on erotic poems by the Ancient Greek poet Sappho and the Modern Greek poet Constantine P Kavafy. The compositions are structured around traditional Greek modes and rhythms that are placed in a contemporary context, using harmony and modern instrumentation. The texts are maintained in their original form.
The work features soloists from diverse musical backgrounds including traditional and Modern Greek music, Byzantine, Middle Eastern, classical and jazz traditions.
Soloists featured include: Christos Konstantinou on bouzouki, Ken Schroder on saxophone and clarinet, John Norton on oud, suz and guitars, Dimitris Kalantzis on piano, Racheal Cogan on recorder, Natalia Mann on harp, Christella Demetriou on bouzouki and mandolin, and soloists from the Orchestra of Colours Odysseas Korelis on violin, Vangeli Nina on cello.
Tenor Spiros Sakkas is mostly known for his collaborations with Manos Hadjidakis, Xenakis, Dimitris Mitropoulos, Angelique Ionatou and other contemporary composers.
Lizeta Kalimeri is an established artist who is dedicated to new art music in Greece and is also featured on recent recordings by Tsiamoulis, Kazantzis, Louthovikos and others.
Christella Demetriou divides her time between Melbourne and Athens, dedicated to original work that combines modern composition with visual art and installation.
The subjectivity and the very personal vocal interpretations of these lyrical poems transform them into modern songs with a sense of the deeply erotic.
The booklet includes translations of the Sappho poems into Modern Greek by Sotiris Kakisis and translations of the Sappho and Kavafy poems into English as well as artwork by Christella Demetriou.
Sappho Kavafy will be launched today at Steps Gallery, Lygon Street, Carlton, Victoria, at 3:00 pm.