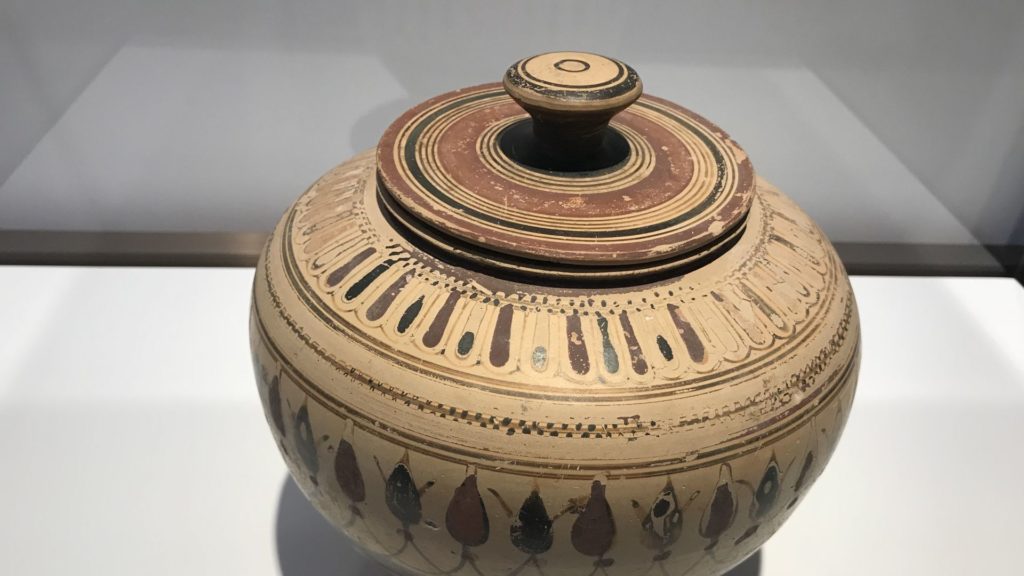 Ancient urn creates soil from the CWGC Cemetary at Phaleron.

In total almost 35,000 Anzacs fought in both WW1 and WW2 campaigns in Greece. It is known that Greek soil contains the remains of 795 Australians with some of these soldiers never identified.

In 1946 a 6th century BC urn containing earth from the graves of Australians buried in the cemetery at Phaleron outside Athens and was presented to Australian Prime Minister Ben Chifley.

The official presentation of earth is a Greek practice that dates back to classical times and in a letter to Chifley, the then Prime Minister of Greece stated: “The Greek people will always remember with deep emotion the unparalleled heroism of the Australian soldiers, who, in the dark hours of our recent history, fought against the common enemy in Greece and Crete in comradeship with our soldiers.”

Nick Andriotakis is the Secretary of the Joint Committee for the Commemoration of the Battle of Crete and the Greek Campaign. When he discovered the ancient urn was in the Australian War Memorial (AWM) basement, he had the idea that it join four soils from Greece that were on display at the newly renovated NSW Anzac Memorial.

So on behalf of the Joint Committee he and the Greek Consul General wrote to Director of the AWM, Dr Brendan Nelson, asking for the urn to be displayed at the NSW Anzac Memorial, which they agreed.

The remains of one Anzac soldier who was never identified is part of the soil that was placed in the urn and Andriotakis says it is a symbol of the everlasting bond between Greece and Australia.

“As a Greek Australian we walk a life that is blessed,” he told Neos Kosmos. “We have this immense heritage of Greece and this privilege to live in this country. It was anathema to me that this particular urn was in a basement. What was it doing there in the darkness when it should be in the light?” The crew of HMAS Sydney commemorate their victory off Cape Spada, Crete demonstrating the size of the minor damage to the Sydney's forward funnels. 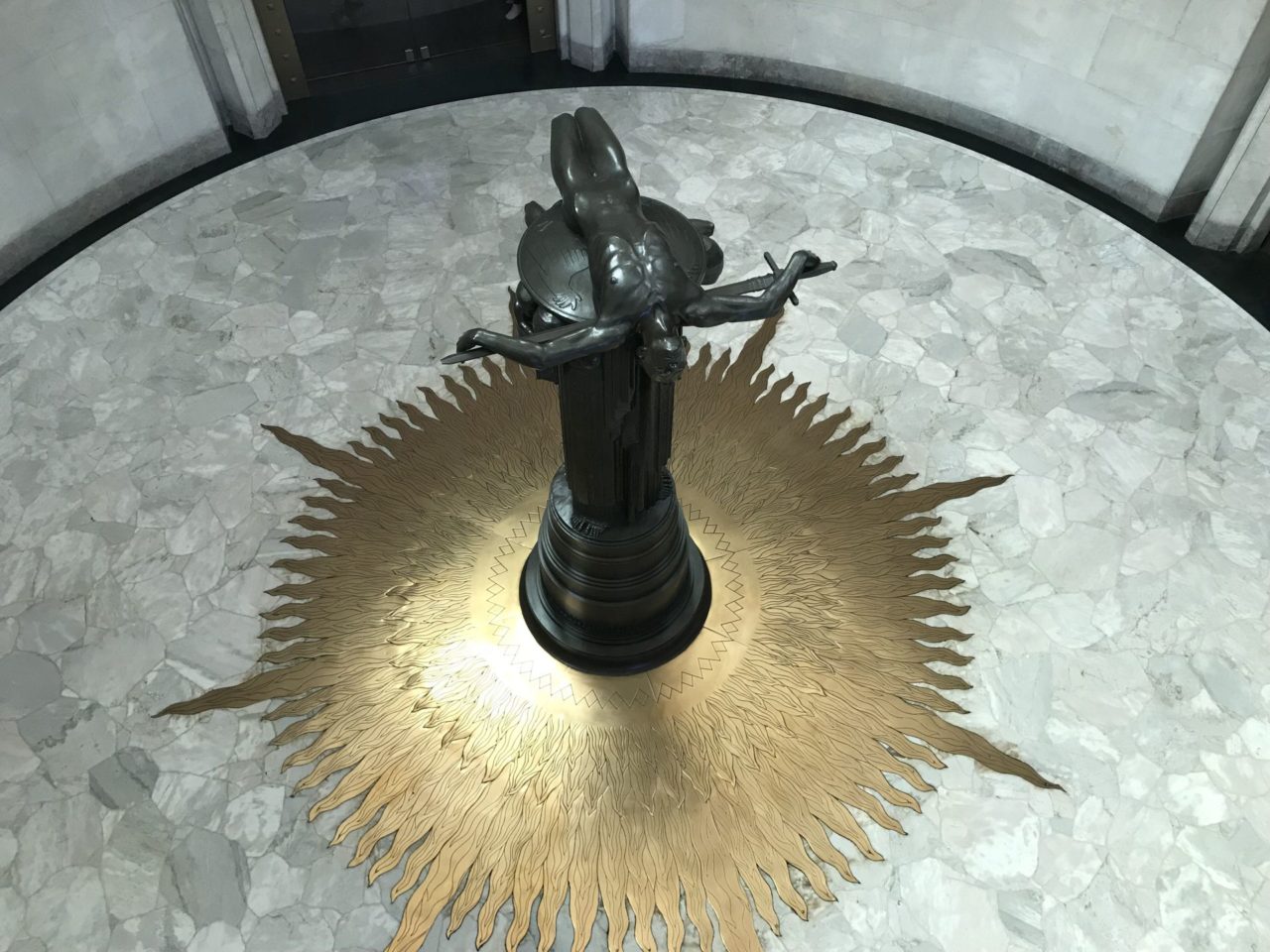 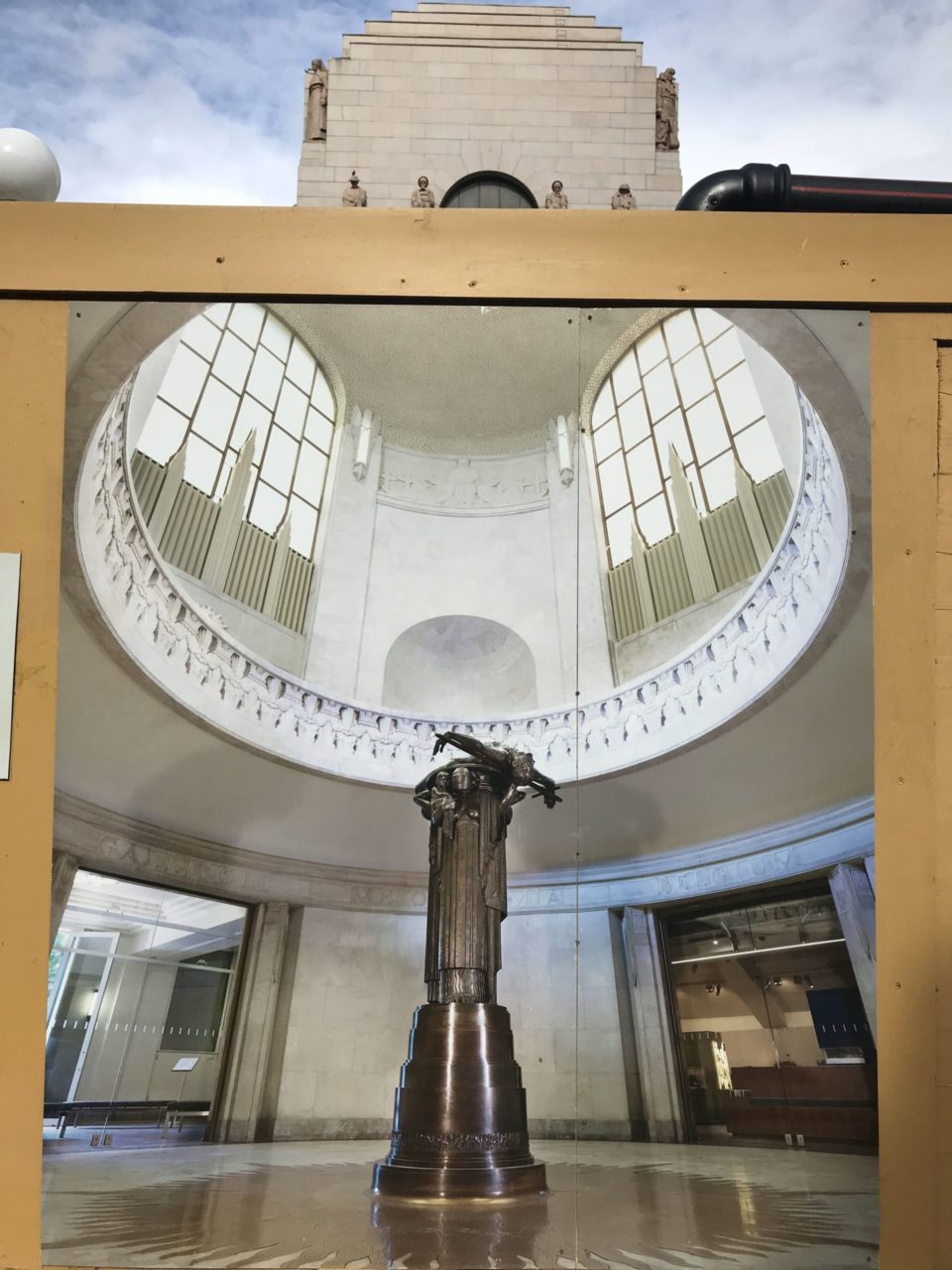 Alf Carpenter is an ANZAC that fought in Greece during World War Two and the 102 year old Australian digger told the bond he shares with the Greeks is eternal.

“I’m a life member of both the Pan-Cretan Association of Australia and of the Greece and Crete Committee of Australia,” he said.

“I fought alongside the Greek people and they were very thankful for that and they treated us with nothing but hospitality. They looked after us very well indeed. The Greek soldiers were very good fighting soldiers.”

Andriotakis’ passion for honouring the 35,000 soldiers who fought alongside Greeks when Germany occupied Greece during WW2 was forged as a 16 year-old preparing to march on Anzac Day in Sydney during the late 1970’s.

“I was dressed in Cretan costume when an Australian soldier came up to me and said, ‘You’re from Crete, aren’t you son?'” he recalled. “When I said ‘yes’ the Australian Digger insisted, ‘you stay here with me, you stand here.’ A short time later I was asked to leave and go to the back with the other ethnics. When the digger heard what the marshal said he spoke up, ‘Listen mate the boy is staying with me, these people saved my life’.”

Paul Kougias is also on the joint Committee for the Commemoration of the Battle of Crete and the Greek Campaign and he told Neos Kosmos the urn continues the legacy of the Anzac spirit in Greece.

“From the staging of the Gallipoli campaign on Lemnos Island during WW1 to the dogged resistance of the Nazi invasion of Greece that inexorably turned the tide of WW2, the sacrifices made by the youngest democracy in the world defending the oldest democracy should not be forgotten.”