The gutsiest, ballsiest Greek women of them all 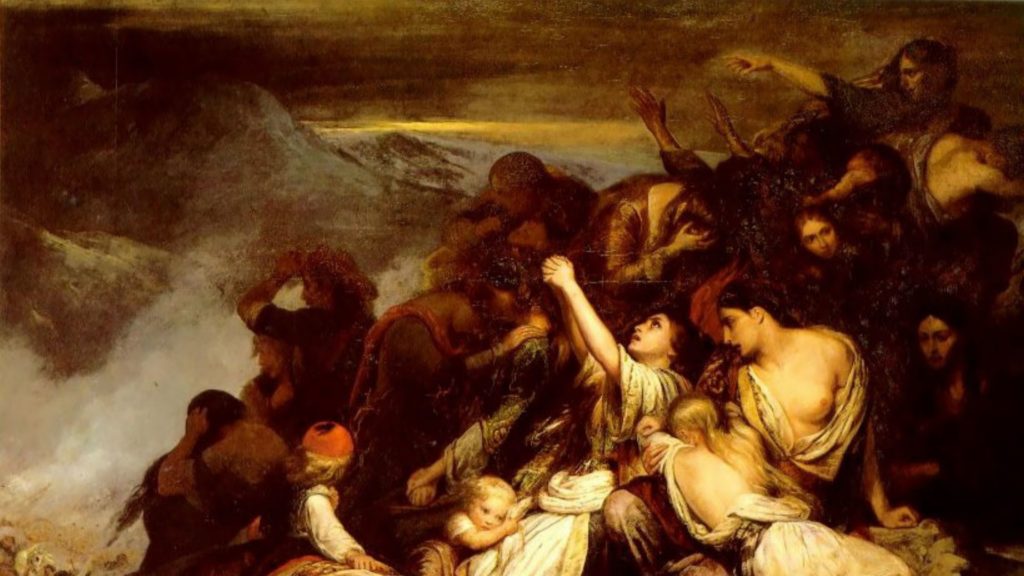 The women of Souli in artwork.

Is International Women’s Day really necessary? The very fact that the celebration exists is an oxymoron as we celebrate equality by singling out a gender – and this by its very nature hammers home divides.

Then again, women are accustomed to oxymorons – especially Greek ones.

For instance, look at the gutsy women of Souli who performed the dance of Zalongo in 1803 as they flung themselves off a cliff, dancing their way to death.

Most young Greek girls learn of the fascinating plight of the women of Souli during dance lessons.

“These women were pillars,” Sophia Haskas, my dance teacher, explained. “Exemplary, couragious women! So chins up and dance with pride.”

And as we leapt off the stage, each of us letting out a shriek of death, it seemed bizarre that we were mere 10-year-olds being encouraged to reenact a mass suicide under the doting eyes of our parents in a hall beneath a church that technically could deny a Greek Orthodox burial to someone who has taken their life – a sin in the Orthodox faith. But in the case of the women of Souli, all could be forgiven in the eyes of God as they killed themselves so that they could remain free, chaste and Greek.

The great great granddaughters of the women of Souli, however did not choose to commit suicide or jump ship as nyfes (mail order brides) on their way to offer themselves to husbands they’d never met before; their existence reduced to nothing more than birthing machines for a new country. And yet they were the most stalwart of women who carried the success of Greece’s migration on their shoulders.

When my friends at Greek school told me of their mothers who came to Australia in that way, I sighed in relief, glad that I belonged to another type of mother – far more emancipated and ahead of her times as she married for love and against the wishes of her family.

You’d think that being born into a family with a sweet, doting stay-at-home dad and a firecracker of a mum, who brought home the bacon and never cooked, would have been enough to ensure my emancipation as a woman forevermore. Unfortunately, it wasn’t that easy because of all the social taboos that did not want men staying at home to take care of their kids in the Eighties. I’d look at the butcher’s daughter, doctor’s daughter etc and wondered whose daughter was I.

And then, we’d visit pappou’s house that reeked of patriarchy and testosterone where we could wallow in the security of gender stereotypes. In that house, I was encouraged to set the table like “a good Greek girl” while my male cousins rode their bikes outside.

The result? I fought with all my might and did all I could to to show them that gender didn’t really matter and that we, as women, could be just as good if not better than our male counterparts. And when I got into Law, I said: “Aha! Showed you, didn’t I?” Only there was one problem, I didn’t even like Law so the joke was on me.

Years later, I now know that real liberation – at least in the Western World – is not a matter of profession, patriotism or an entitlement of wealth. It comes from not having to prove anything to anyone, but by just being yourself and dedicating yourself to the things and people you love.

And I guess that defines male liberation also.