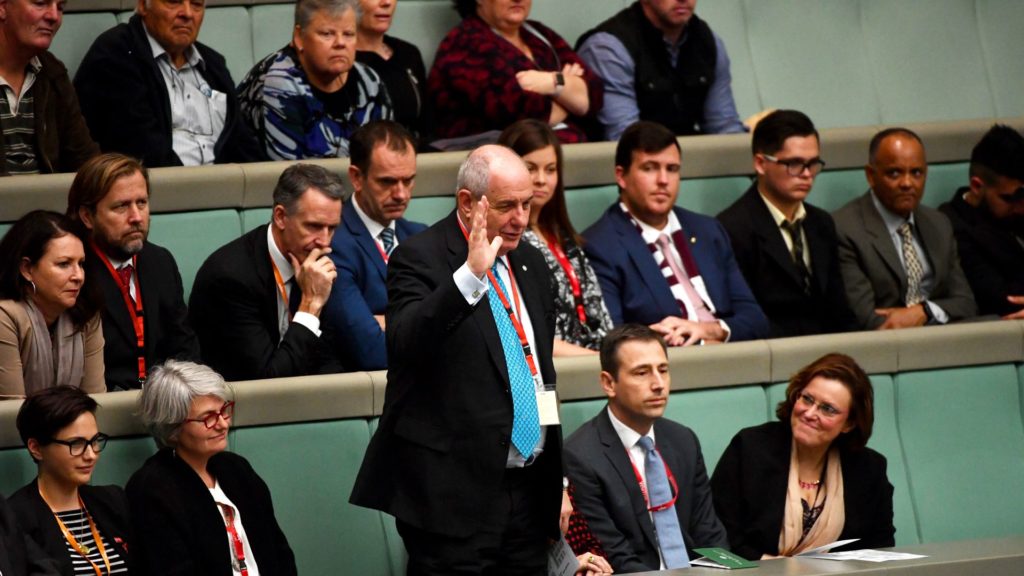 Consul General of Greece in Melbourne Dimitrios Michalopoulos’ intervention to communicate the concerns of the Greek Australian community to the ministries and relevant services in Athens regarding the delays in pension payments from Greece to the entitled recipients has been swift and successful.

The issue, was brought to attention when Neos Kosmos, following several complaints by frustrated readers who had been long trying to contact the social security services of Greece seeking a response on why their pensions have not been paid, decided to investigate the issue.

As a result, Mr Quick will gather the contact details of any Greek Australian citizens who are entitled to a pension from Greece, who will look into it and demand answers from financial institutions and relevant services that have failed to follow through with payments.

Elders whose pensions have been withheld, are advised to contact Neos Kosmos (even those who have previously done so) with their full name, AMKA, Tax file number, Insurance Organisation or Social Security Organisation they are registered to as well as the date of the last pension payment they have received.

The contact details will be forwarder to Mr Quick, who will in turn pass the cases on to the relevant services.

The General Consul of Greece in Melbourne, Mr Dimitrios Michalopoulos has brought to my attention your recent reports regarding delayed pension payments from the Social Security Foundation (IKA) as well as the Agricultural Insurance Organisation (OGA).

Because no one should delay payments not even for one day -even if it is just for 1 euro- any pension that should be granted to those entitled to it (and in this case Greek Australian citizens of Melbourne), I have sent to the Consulate the following instruction:

Thank you warmly for your effective investigative report.”

Pension payments from IKA and OGA to entitled recipients – residents of Melbourne, Australia: Delays in the process

-Said list will be sent to EFKA (OGA, IKA, etc) as well as to Piraeus Bank asking them to justify the delays as well as to provide a deadline as to when the person/s responsible for the delays will resolve the issue ensuring the elders of the Australian Community receive the pensions they are entitled to

Meanwhile, I’m reminding you that I had followed commensurate action in June 2017 following my visit to Sydney where I had been informed of similar complaints.

Thank you for your cooperation.