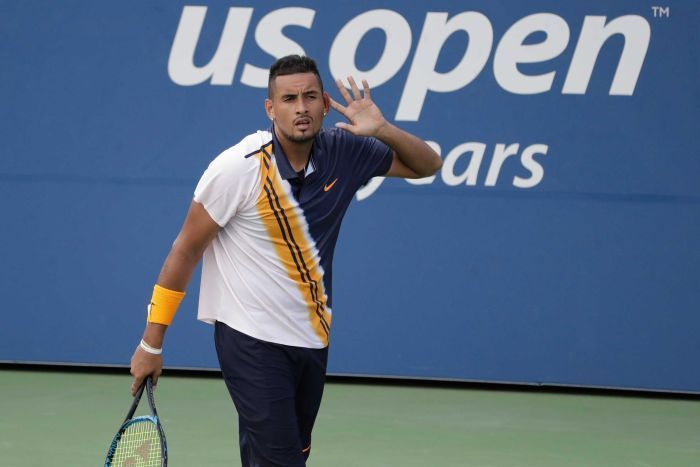 Nick Kyrgios just doesn’t know when to give up.

Even though he was – as he stated himself – feeling ill, even though he lost the first set, and despite the fact that he was facing one of the toughest opponents he could have (as Stefanos Tsitsipas could surely testify), the 23-year-old still managed to somehow find what was necessary to pull out a 3-6, 7-6 (7-2), 7-6 (8-7) win against world number two Rafael Nadal.

The two met for the round of “16” of the Mexican Open in Acapulco and Kyrgios dropped the first set 6-3.

It was then that he told his coach that he wasn’t doing too well, yet the overwhelming pressure from the crowd made him go on:

“If I forfeit, the media will blow it up, I’ll get booed off the court”, he could be heard saying through an open microphone.

Yet it turns out it was for the best that he chose to remain, as he then proceeded to make one of his greatest performances.

Kyrgios said he was going to try to play “a few more games” and it proved to be the right choice, as he ended up putting the pressure on his famed opponent who couldn’t expect what was coming to him.

Kyrgios ended up surprising everyone with his performance, going point-for-point with Nadal and leading both subsequent sets to the tie-break which he eventually won.

Clear proof of the tough fight that Kyrgios put up was the fact that Nadal ended up losing the second to last point by a double fault, due to his exhaustion.

Kyrgios moves on to the final eight of the tournament where he will meet world number 68 Stan Wawrinka on Friday.