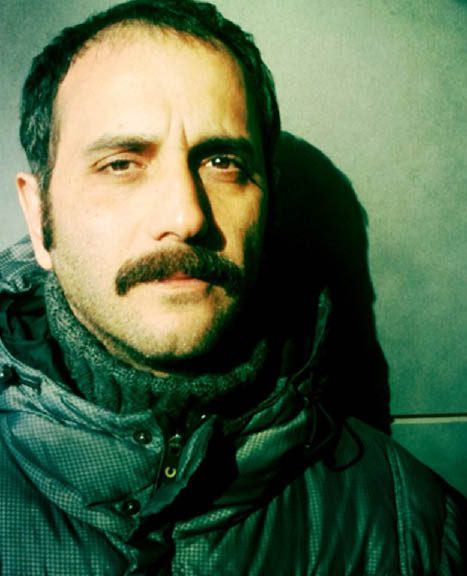 It is not uncommon and perhaps quite natural to describe and define films in terms of genre. Most moviegoers ask “What kind of movie is it?” almost as soon as they hear the title. Perhaps it is a comedy, horror, romantic comedy, but by sorting films in genres film viewers are in a way judging a film before they even see the film. With this in mind L, a new Greek indie film showing at this year’s Melbourne International Film Festival (MIFF), is difficult to define; its dark humour challenges audience to laugh or be shocked or both, but perhaps it is a film that defies definition.
In some ways, L is appropriately titled considering that it is director Babis Makridis’s first feature. L, which stands for ‘Learners’, tells the story of a man who lives in and out of his car whilst traveling on highways without purpose or reason. The film follows the man with no name as he goes through the motions of meeting with his estranged wife and children and delivers honey by the jar to a disabled man. When he gets fired from his delivery job, his life changes as he searches for freedom and a new identity with a motorbike gang.
Over the past couple of years, the compulsion to categorise films has lead to film critics and viewers to brand a new genre in Greek film, a genre loosely called the new wave of ‘weird’ Greek cinema. Debatably, the genre was born when the 2010 films Attenberg by Athina Tsangari and Dogtooth by Yorgos Lanthimos (both part of the MIFF 2011 program), took the international film festival circuit by storm, spark debate on this new style of Greek cinema. Global cinema trend-spotters argue that this line of independent and inexplicably Greek films is a by-product of the turmoil crashing through the nation, but the directors behind these films, including Babis Makridis, is sceptical that there a movement brewing in Greek cinema.
“I don’t believe in waves or genres. Everyone wants to put labels. The only things that these movies have in common are the way we make them: very low budget and with the help of our friends,” the director says.
“Maybe they share the same way of using time and space. The humor, dark or bright, is a good way to tell serious stories. The humor is everywhere in my movie. All the actions that take place are funny. But the tone of the film makes the audience think if they must laugh or not.”
The film was by no means Makridis’s first time behind the camera lens. Seven years ago, he made a short film called The Last Fakir and before work started on L he was working as a commercial director. The 42-year-old father of one admits that it was “a good way to make a living”, but at the core of it, he wanted to become a film director so he could tell stories.
Makridis describe the story, which he co-wrote with Efthimis Filippou (Dogtooth) as a study of humans go about their their lives based on simple wants and needs. “[We wanted to explore] how humans try to belong somewhere, how humans learn to ‘drive’ through life and how they search for an identity.”
When asked the film’s dark tone is somehow a reflection of the current situation in Greece, the director from Kastoria says he and Filippou simply wanted to leave the movie open to interpretation. Nevertheless, the film’s display of the distinct Greek sense of humour alludes to the filmmaker’s intention to at least put a smile on people’s faces during a time of hardship.
Set to make an appearance for a Q&A session after one of the screenings of his film during MIFF, Makridis is hoping he graduates from his filmmaking L plates with flying colours. But whatever his audiences’ verdict will be, he will without a doubt continue to make more films in the future.
“[Making L] was a difficult process. But when you start it’s not easy to stop.”
L will be showing at the Melbourne International Film Festival on Tuesday 7 August. For more information on the film and the Q&A session with Babis Makridis go to www.miff.com.au.