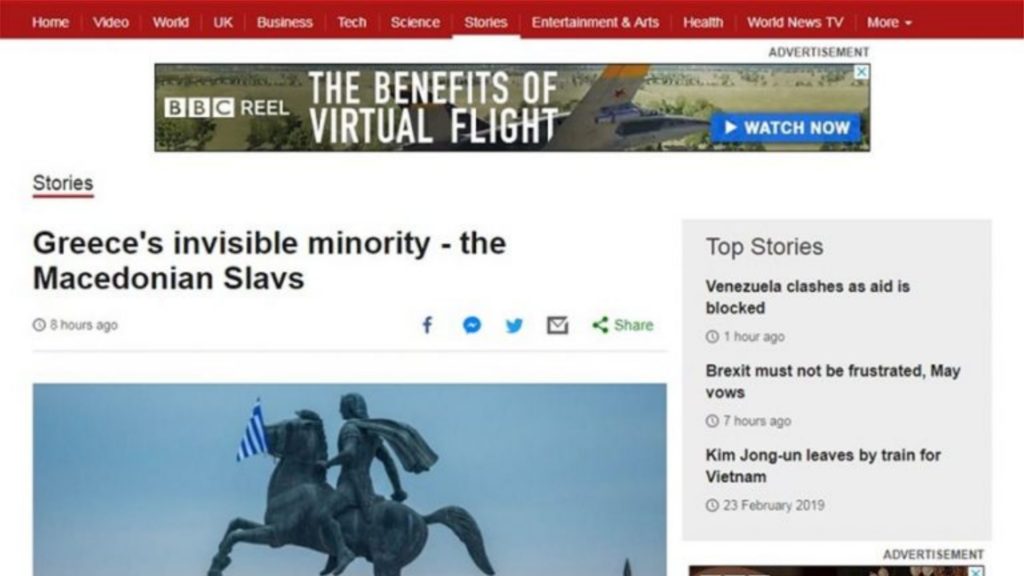 The BBC story on Macedonian Slavs as an “invisible minority” in northern Greece created a public outcry.

Following a huge backlash, the BBC added a section to the report on Saturday that outlines the Greek position on the existence of a minority such as the one mentioned in the British Broadcaster’s report.

The addition states that the Greek government officially recognises only one minority – the Muslims of Thrace. The new addition to the report states that Macedonian Slavs of the Greek Macedonian region are viewed as a linguistic group rather than a national minority.

The report states that the Prespes agreement focuses on the nationality of people in North Macedonia as “Macedonian/citizen of the Republic of North Macedonia“. The agreement makes no reference to the existence of a Macedonian ethnicity.