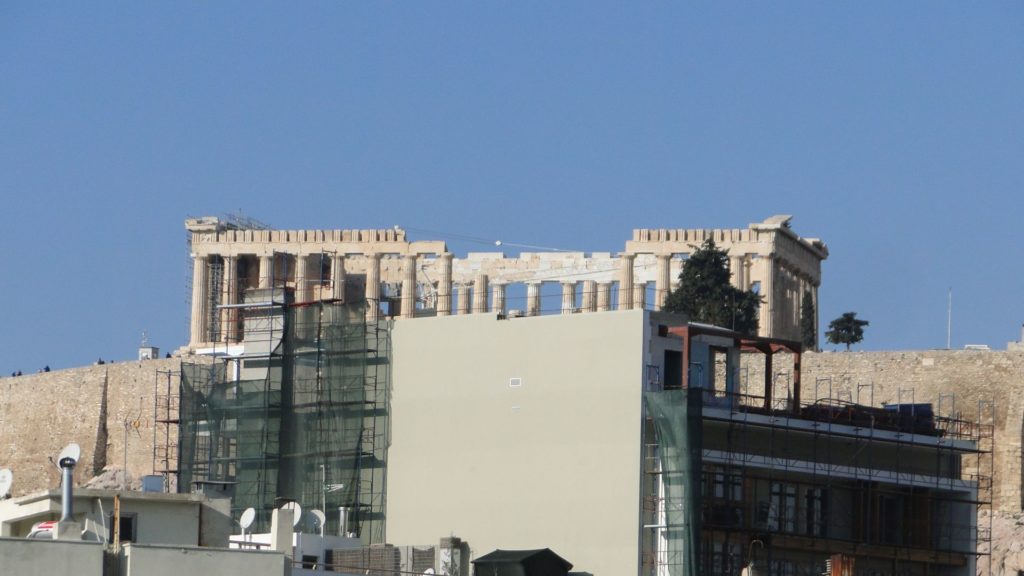 Recent permission that allowed for the construction of tall buildings around the Acropolis caused an uproar. So much so that the Greek Ministry of Environment and Energy, responsible for the city’s urban planning, issued a statement on Monday on the implementation of height restrictions for buildings constructed around the area.

The ministerial announcement states that buildings would need to be no taller than 17.5 metres in height. This decision came in response to public outrage as citizens signed petitions to stop two constructions currently underway. The height of the 10-storey buildings concerned citizens that were worried that the buildings would block views of the Parthenon and detract from the beauty of the city.

The ministry has decided to temporarily stop issuing new permits in areas at the foothold of the Acropolis. Construction in the area already requires a special permit by the Greek Central Archaeological Council (KAS). Following the ministry’s decision to implement height restrictions, KAS is currently reviewing the design of the buildings that are currently under construction.