When it comes to leadership roles across Australia, there is a lack of female representation. And the Greek community is no exception.

New research released on Friday by the Bankwest Curtin Economics Centre (BCEC) and the Workplace Gender Equality Agency (WGEA), revealed that based on current growth patterns, female CEOs will have to wait another 80 years – until 2100 – before achieving equal representation with their male counterparts.

While women who do make it to the highest management roles, are paid on average 10 per cent less than their male counterparts – a hefty difference of $162,000.

But it’s not all grim. Women are actually progressing into full-time management roles at a faster rate than men.

And so it appears that with progress and an open mind, a changing of the guard is occurring, with more women stepping up and being elected at the helm of various Greek organisations.

It fact it was just last week that Eleni Efthymiou was named as Σ.Ε.Κ.Α. Victoria’s new President – the first female president of the Justice for Cyprus Co-ordinating Committee.

Similarly, at the end of 2018, Fronditha named its first female President in Faye Spiteri (Tsolaki), who is supported by Vice President Soula Cargakis. 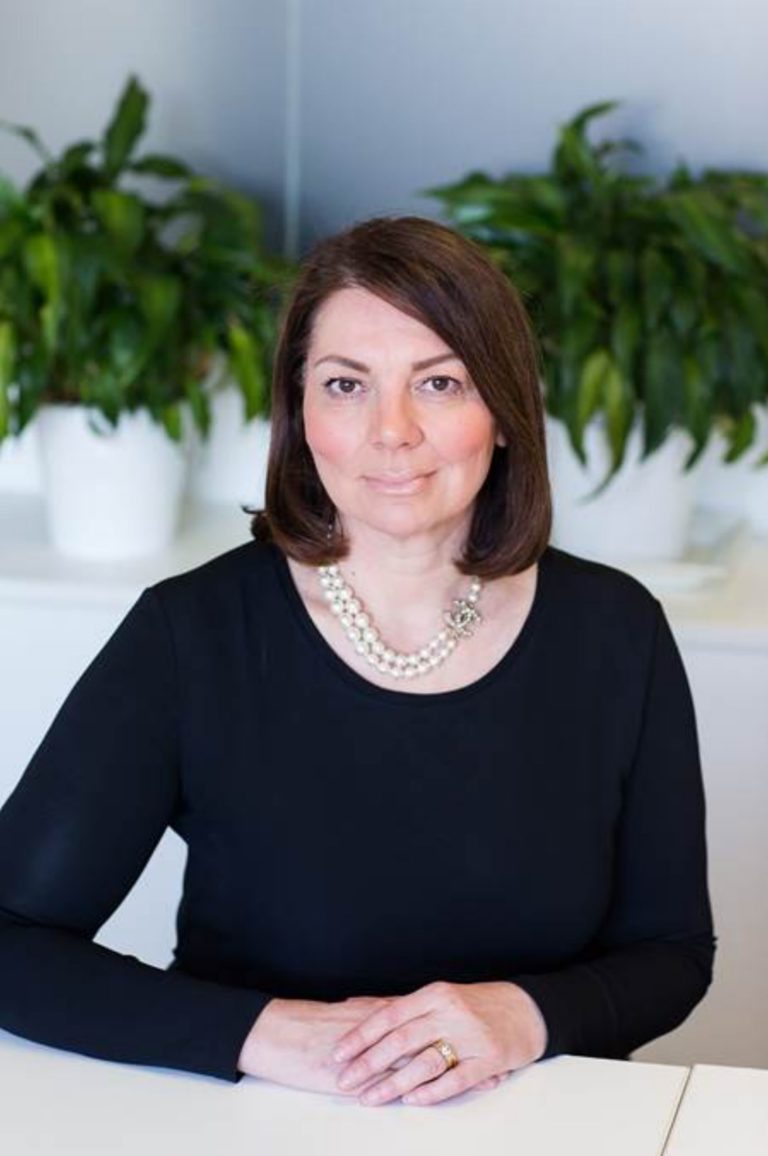 In 2016, Georgegina Poulos was elected as the first female Chair of HACCI.

Almost three years since her appointment, Poulos has amassed a number of impressive achievements to her legacy, among them the establishment of the Young Professionals Network and Mentoring Program, HACCI Federation, and she has also diversified its corporate partnerships and alliances.

Acknowledging the efforts of her dedicated team, Poulos says she is extremely honoured and proud of leading such a high-profile community organisation.

“As a senior executive who has worked across multiple industries globally, I feel I have been able to bring a corporate work ethic to the position, allowing HACCI to value its heritage while taking it to the next level,” Poulos told Neos Kosmos.

While female leadership has increased over the last 20 years, she recognises that there is still a way to go when it comes to the gender gap in senior leadership roles, not just to hit quotas, but because she genuinely believes women bring something unique to the role.

“I think it is very important to have female leadership across all sectors,” Poulos said.

She adds that by having more female leaders, pathways are then created for the next generation, and gender stereotypes in the workplace and in society are broken down.

“The flow-on effect across our communities has a huge impact in reducing domestic violence and creates financial independence.”

PRONIA’s CEO, Tina Douvos-Stathopoulos understands this all too well in her line of work delivering services to some of the most vulnerable members of the Greek community.

With 29 years of service to PRONIA under her belt, she says that she has an “overwhelming sense of personal pride and professional achievement” in her current role and a passionate drive that keeps her advocating for people’s rights and access to services.

Only recently she completed her MBA, and says that the experience reinforced the importance of skills such as empathy, emotional intelligence and collaboration needed for business success – skills women often have in abundance – and offer a competitive edge.

“Women bring more than business and technical skills in [the] community service sector. They possess diverse soft skills that are essential when dealing with social change. Although hard and challenging work, women bring the social, emotional and intellectual qualities to influence change and are characterised as authentic leaders. They are strong in decision-making, but also have an awareness of the impact their decisions have on themselves and their environment, otherwise known as emotional intelligence. They mentor and lead by example supporting women to share in the organisation’s success,” Douvos-Stathopoulos explains.

“I encourage women to continue developing their leadership capabilities and to create pathways to reach their career goals and their full potential as women and professionals.”

Cathy Alexopoulos was one of the first women to pave the way for future generations.

This year marks 21 years since the former educator was appointed as President of the Greek Australian Cultural League (GACL), where she took the reigns with her broad vision and progressive mindset and developed the not-for-profit’s profile within the broader community – all of which has been done on a voluntary basis.

“We had to think of ways to survive … and we have a very healthy financial situation at the moment. Then what you can do, which we have, is you can support others.” And that’s exactly what Alexopoulos and the GACL have done over time by supporting the arts such as the theatre production of NK: Kazantzakian Montage, scholarships for the revival of the Modern Greek program at Monash University, along with funding for the establishment of the Greek Community of Melbourne’s CBD premises.

Aside from the knowledge she has brought to her presidency, asked whether her success could have something to do with being a woman, Alexopoulos is undecided.

“I’m not 100 per cent sure … but it could have because I feel that the female has the flexibility of being able to see things in a bigger picture. But at the same time, it could be a characteristic of the person.”

While it’s clear Alexopoulos seeks to look beyond gender, viewing the individual as a whole, there’s no denying she sees the need for greater female representation.

“A female voice is very important,” she says.

“Sometimes I’m thinking, ‘what if a female was in that position; how would they tackle it? How would they see it? Would they be able to have that flexibility? Would they nurture it in a different way?’ Because we do have that as a female. And maybe all these problems that these (Greek community) Associations are having, which in some cases are narcissistic … perhaps, in some ways, would have been avoided.”