Greek historian Herodotus visited Egypt in 450BC and wrote of unusual river boats on the Nile in his narrative history, titled Historia.

For centuries, scholars had searched for archaeological evidence to support his description of such ships mentioned in twenty-three lines.

A wreck has now been found to prove that Herodotus’ account was true. Dr Damian Robinson, director of Oxford University’s centre for maritime archeology said that a “fabulously preserved” wreck has been found around the sunken port city of Thonis-Heracleion.

“It wasn’t until we discovered this wreck that we realised Herodotus was right,” said Dr Robinson said. “What Herodotus described was what we were looking at.”

In his account, Herodotus had witnessed the construction of a baris where builders “cut planks two cubits long [around a metre] and arrange them like bricks”.

Herodotus wrote: “On the strong and long tenons [pieces of wood] they insert two-cubit planks. When they have built their ship in this way, they stretch beams over them… They obturate the seams from within with papyrus. There is one rudder, passing through a hole in the keel. The mast is of acacia and the sails of papyrus…” 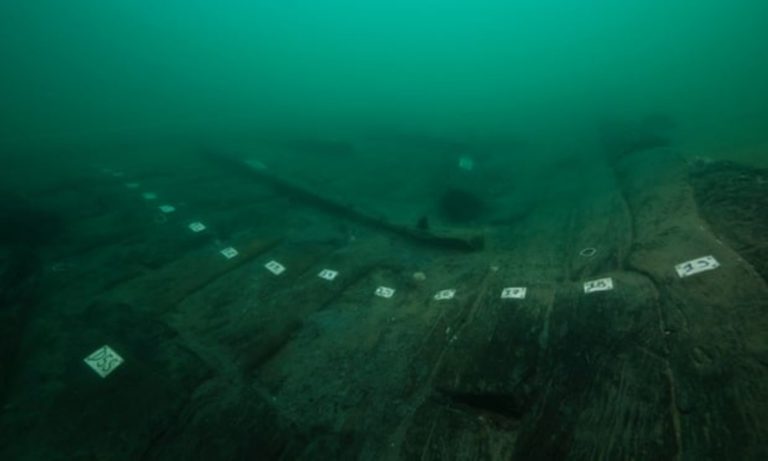 Dr Robinson who is recording the findings of the excavation said that previous scholars had tried to interpret the “enigmatic” texts without archaeological evidence. Now, the excavation of Ship 17, has revealed a crescent-shaped hull and planks assembled in the way that Herodotus had observed.

The 28-metre-long boat is the first large-scale Egyptian trading boat ever to have been discovered. Dr Robinson points to a structure that has never been seen archaeologically before.

About 70 per cent of the hull has survived.

Ship 17 is believed to be so closely aligned to Herodotus’ description that it could have been made in the very shipyard that he visited.