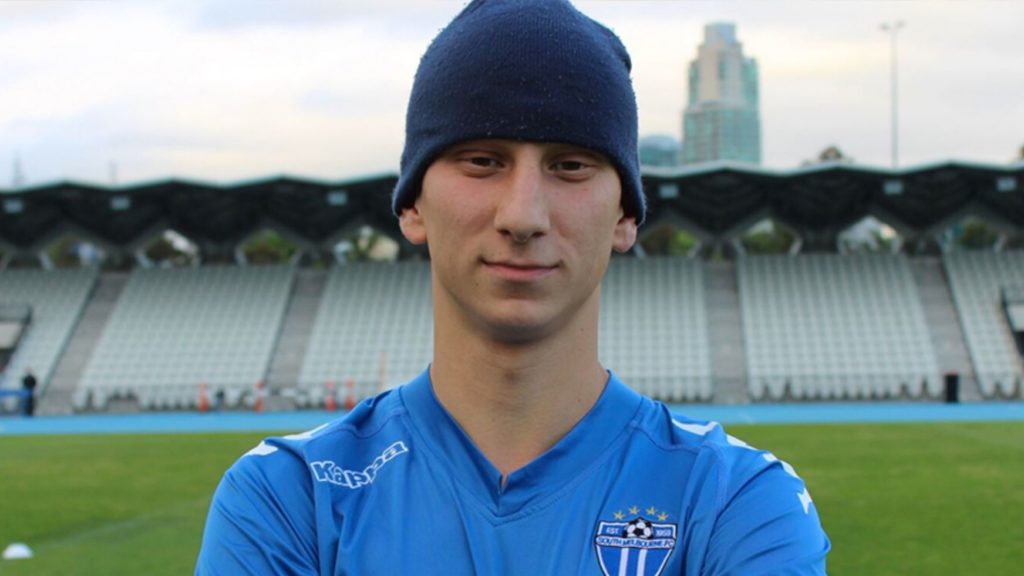 South Melbourne’s Gerrie Sylaidos could be in the Starting 11 against Pascoe Vale tonight.

The winners in last week’s NPL Rd 5 included Bentleigh Greens, which bounced back from its only loss of the season, Heidelberg United, which continues to build momentum, and Kingston City which broke through for a maiden win of the season at South Melbourne’s expense.

Misery loves company and South had that in the Port Melbourne Sharks and the win-less Oakleigh Cannons which sits last on the table. Former serial Golden Boot winner Milos Lujic is yet to break his goal duck this season, and suffered a second dragging on to the subs bench, in the second half of last week’s 2-1 away loss to Altona Magic.

Cannons midfielder Joe Guest is the team’s top scorer this season with just two goals and the Cannons are yet to draw first blood in a match, conceding first in every game they’ve played this season.

It doesn’t get any easier in Rd 6 when they host reigning champion, Heidelberg United which after a sluggish start, has won its last three matches and climbed into fourth spot on the table.

Each of the other Greek based teams face testing matches this weekend. The Sharks travel to Knights Stadium to take on second placed Melbourne Knights who impressively dispatched new boys Dandenong City 2-1 last weekend. Sharks skipper and central defender Michael Eager could have his hands full against fellow Kiwi, Hamish Watson who has spearheaded the Knights’ attack this season.

The Sharks have struggled to find the net with just two goals all season.

Meanwhile South Melbourne travels to CB Smith Reserve on Friday evening to take on Pascoe Vale. Both these teams are coming off consecutive losses and will be keen to avoid defeat. South’s young attacker Gerrie Sylaidos has started off the bench in their last two matches and it will be interesting to see if South starts him alongside striker Billy Konstantinidis.

On Saturday evening, second placed Bentleigh Greens travel down Cheltenham Rd to take on neighbours Dandenong Thunder. Former Greens player Kieran Dover is expected to face his former club. For the Greens, winger Arnold Suew made his starting debut against Hume City last week, and added extra width in attack. The Greens have the wood over Thunder in this derby winning their last six league meetings.

To close out the round, Kingston City hosts Altona Magic on Monday evening. Kingston keeper Nate Cavaliere made some crucial saves to help Kingston to its first win of the season last week. With former Cannons forward Dusan Bosnjak and Dutch import Michel Hemmen lining up for the Magic in attack, Kingston defence will again be tested.