Should we welcome ‘undemocratic’ ministers to Australia even if they are democratically elected?

Andrew Ballis, president of PAMV, explains the organisation’s stand against Greece’s politicians ahead of the 25 March Greek holiday. 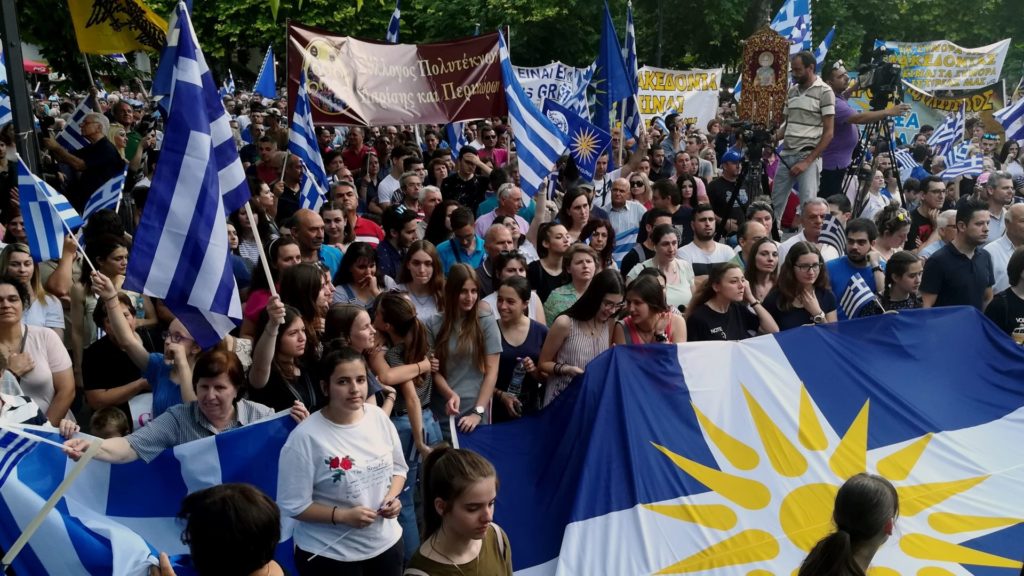 The PAMV President believes the Greek government should consult more closely with Greek organisations abroad on national matters such as the Prespes Agreement.

I have read various comments in Neos Kosmos regarding the Panmacedonian Association of Melbourne Victoria (PAMV) position concerning the Greek government and the visiting minister Terens Quick.

I agree with many of the views the writers have expressed about the democratically elected government in Greece and how we in the diaspora should treat them with respect as they are the recognised representatives of the Hellenic Republic. I also agree with the notion that we should be united as a community.

First and foremost, a democratically elected government will listen to its people on national matters. Back in 2015 the people of Greece went democratically to a referendum regarding austerity. Even though the majority of people voted for no austerity, the Greek government proceeded to undemocratically do the complete opposite. We ask – is this democracy at work?

Over the past year or so there have been many protests and rallies in Greece regarding the Macedonian question. At these rallies, millions of people came out to express their democratic rights. Not only were they ignored by the democratically elected government of Greece but they were also subjected to violence by the security forces, beaten and pepper sprayed.

We ask again, is this democracy at work?

You would think a matter as important as this deserved a referendum. Even here in Australia the rallies were ignored by the representatives of the Greek government with no Consulate or Embassy representation of any form. I would say that the current government in Greece has lost the confidence of its constituents and therefore its democratic credentials.

It has been claimed that my position as President of PAMV is answerable to the Greek government as the organisation was established with the assistance of the then Greek government.

If this was the case, the Greek government should have consulted more closely with us to explain their position on this matter. So it is fine for the politicians who represent the people to ignore us but we must accept them with open arms even when they don’t consult us in national matters even though the majority of people believe their actions to be wrong.

The Prespes agreement was constructed by both foreign ministries of Greece and FYROM** and signed off by both Prime Ministers but not both Presidents. During the compilation of this agreement and finally when the agreement was completed, at no stage did the democratically elected Greek government come out and present to the Greek people the contents of this agreement but proceeded to ratify it via a secretive meeting with the politicians of FYROM**.

Surely at this stage they should have asked the Greek people, whom they represent, if they agreed with some or all of the proposals. They owed the people at least an explanation as to why this is a good agreement and how it will help the Greek nation in the future. This was never done. The silence was deafening. By being so secretive about the matter, it immediately raised suspicion. Our reaction was, “what have they got to hide”. Now we know.

The democratic system of the PAMV has never been in question over the past 30 years. As a matter of fact while help to create and later hosting the Hellenic Council, which represented all the Federations from all our associations and clubs in Melbourne, decisions were always democratically taken. These are not just associations and clubs from Macedonia but all parts of Greece. Additionally in order to embrace all the Greeks from all over Australia, the Panmacedonian national body democratically runs and consults at a national level with all states.

We now find it strange that we are being accused of trying to divide the community when we have called two Panhellenic forums in the past year, June 2018 and February 2019, to democratically agree on how our national issues are to be handled. We ask, has any other organisation called a forum on national matters?

I and many other Macedonians from PAMV are also members of the GOCMV and have supported and will continue to support this organisation both financially and in strength. At no stage have we received a letter or a memo from our committee regarding our opinion about the Macedonian question or the Prespes agreement. As a matter of fact, the issue has never been raised in the agenda of any AGMs in recent times.

We understand the GOCMV may not want to involve itself with this particular political issue but it at least owes its members the right to be heard one way or the other. Finally, we have been accused of attempting to interfere in the democratic processes of the Greek government. Do we think we can do this?

Obviously the answer is NO but we do have the right as citizens of one of the best democracies in the world to ask the question and test the politicians’ resolve.
After all, they are meant to represent the people’s interests and their decisions will have a direct impact on us as to how we confront the representatives from FYROM** who are constantly provoking our identity, culture & symbols.

*Andrew Ballis is the President Panmacedonian Association Melbourne Victoria.
**While the country is now legally known as North Macedonia, Mr Ballis has chosen to refer to the country as FYROM.

Neos Kosmos welcomes robust dialogue on matters concerning Greeks around the world, philhellenes and foreigners in Greece. The views and opinions expressed on our site and in the opinion pages of our newspaper are those of the authors and do not necessarily reflect the official position of Ethnic Publications Pty Ltd. Send your opinions for the English website and newspaper to mary@neoskosmos.com.au