Thousands turn out to celebrate Greek Independence Day in Melbourne Melbourne’s weather was on its best behaviour today, Sunday 24 March, as hundreds of students from Greek schools across Melbourne and Victoria, along with members from Greek and Cypriot organisations, proudly took part in the annual Greek Independence Day parade.

Marching towards the Shrine of Remembrance in Melbourne’s CBD, there were people of all ages, some as young as three who won the hearts of onlookers, wearing traditional Greek dress from head to toe.

Alphington Grammar School and Oakleigh Grammar added to the vibrant atmosphere with their student bands, whose members played their drums in unison and with gusto, demonstrating their pride on the momentous occasion, marking 198 years of independence from Ottoman rule.

Thousands of proud parents and grandparents, as well as curious tourists, parked themselves on both sides of the parade cheering on students as they marched by. There were 79 groups in total taking part. Isabella and Annalise from the Pancretan Association of Melbourne. 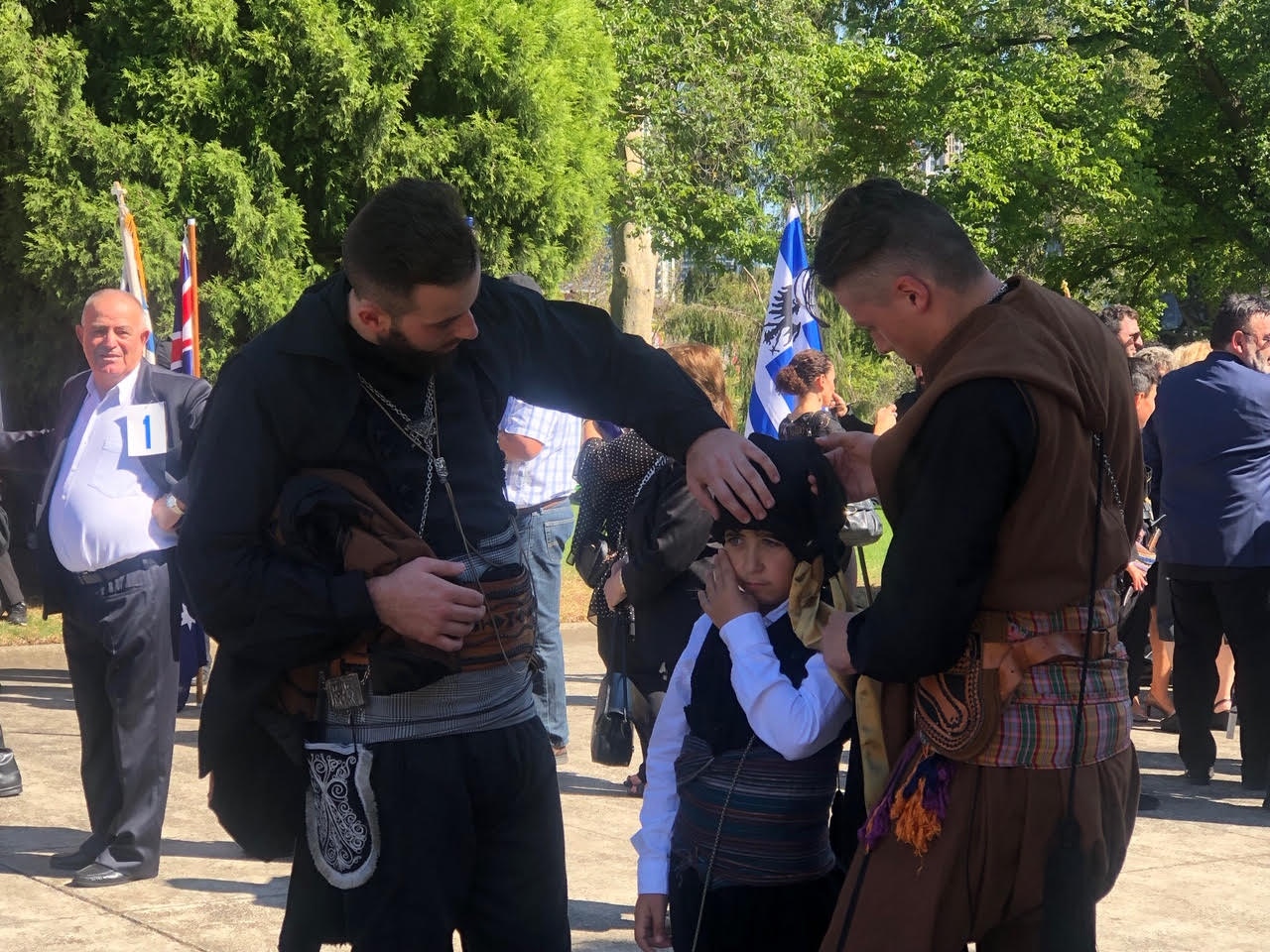 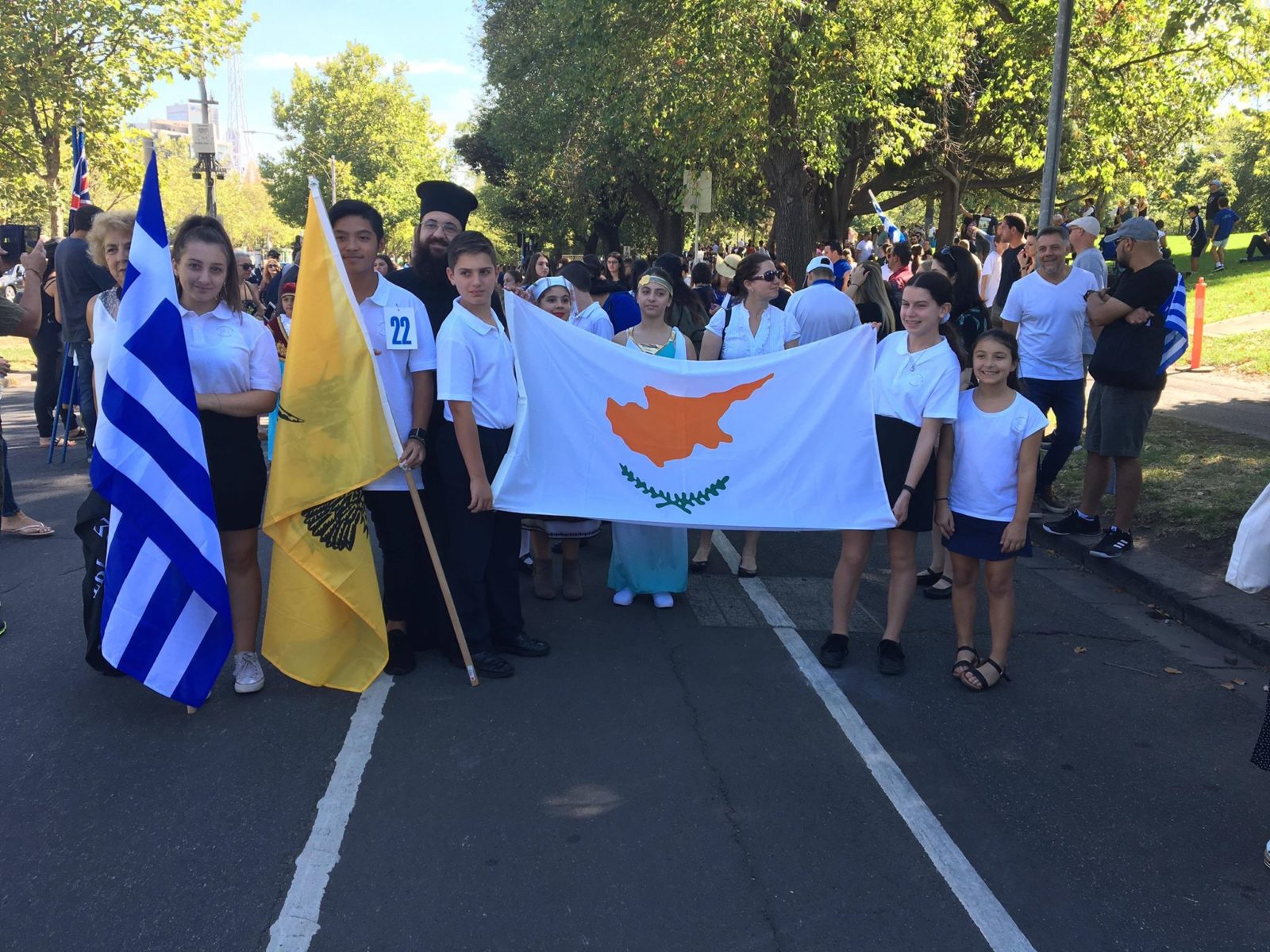 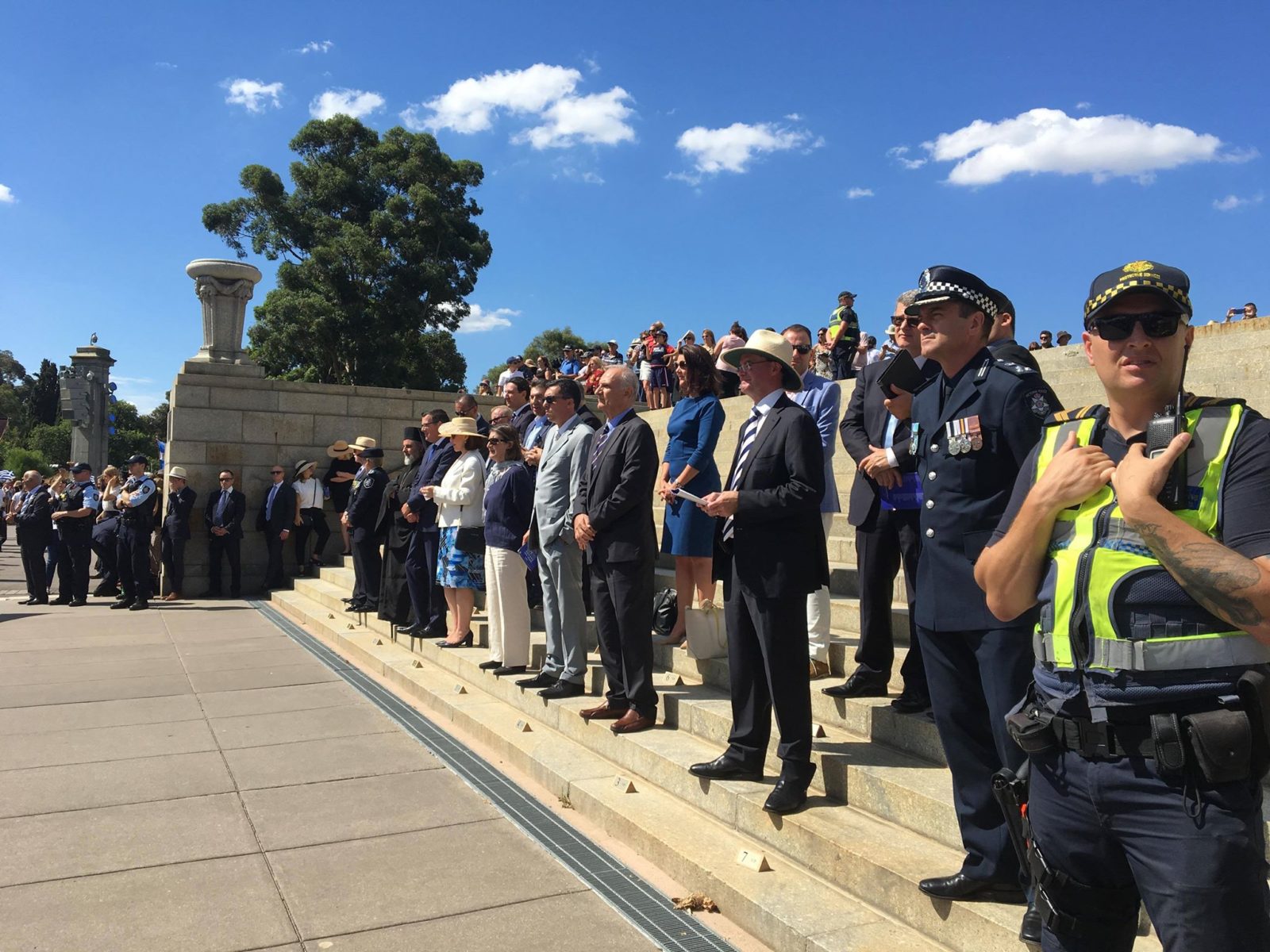 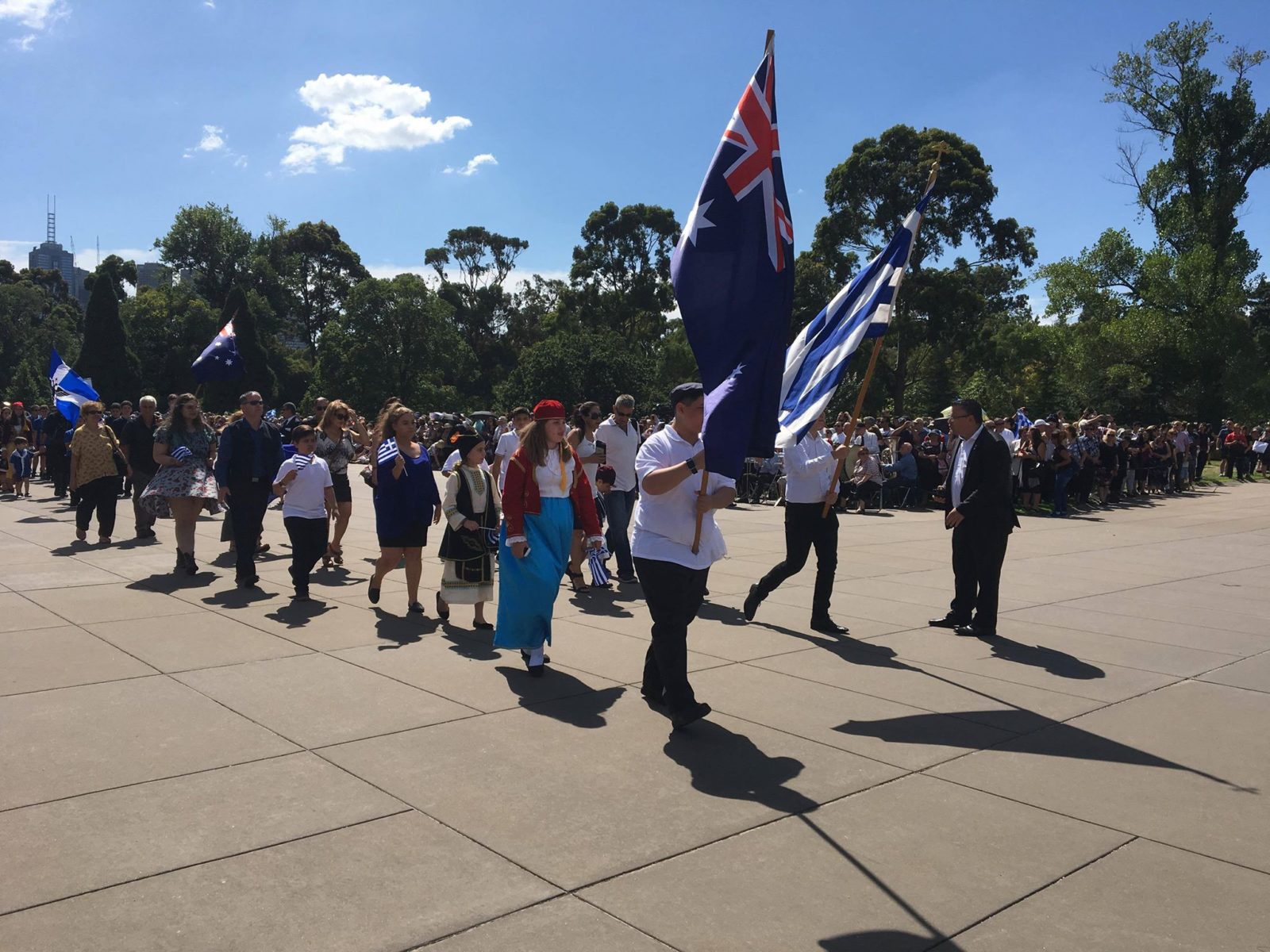 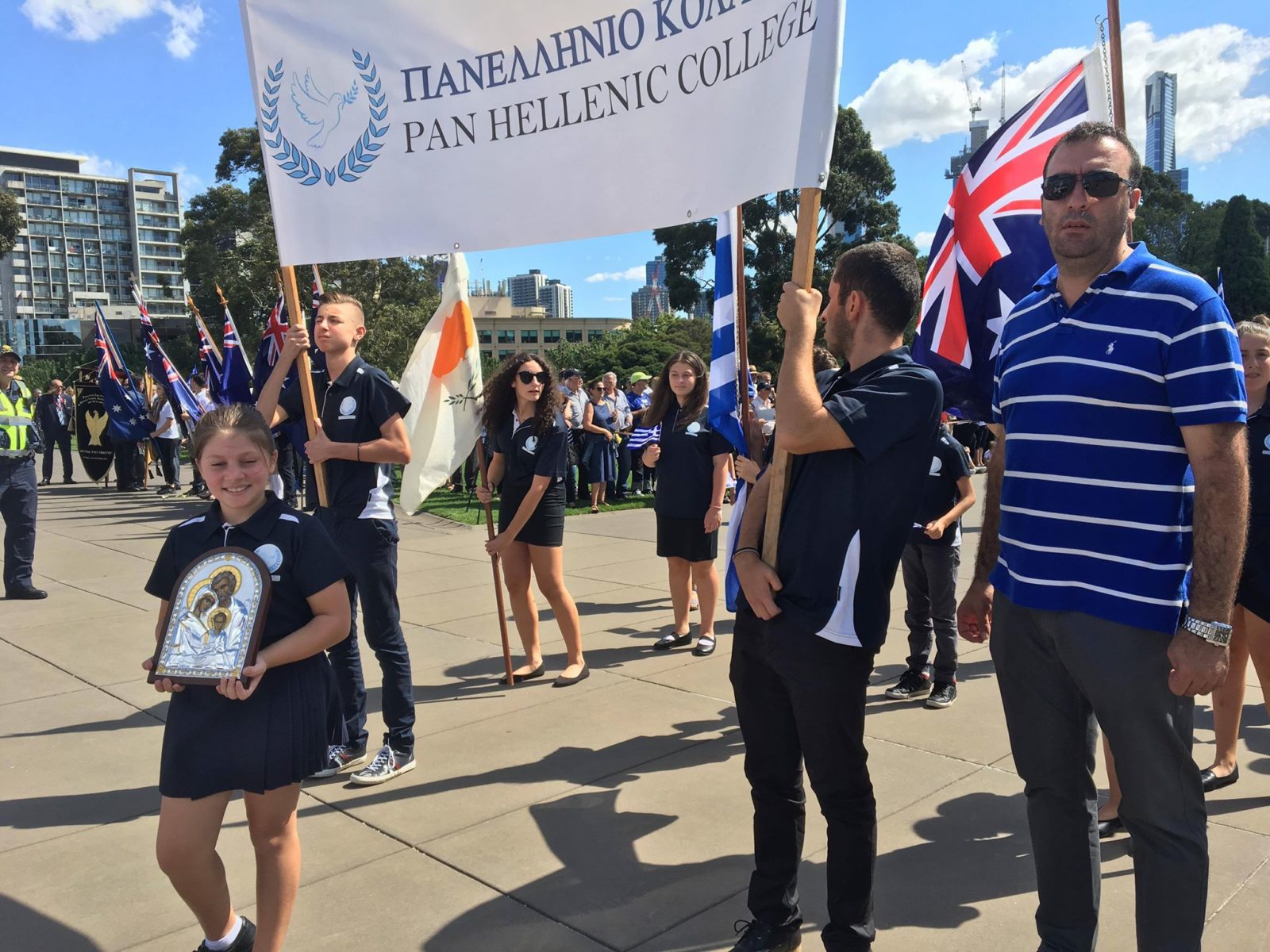 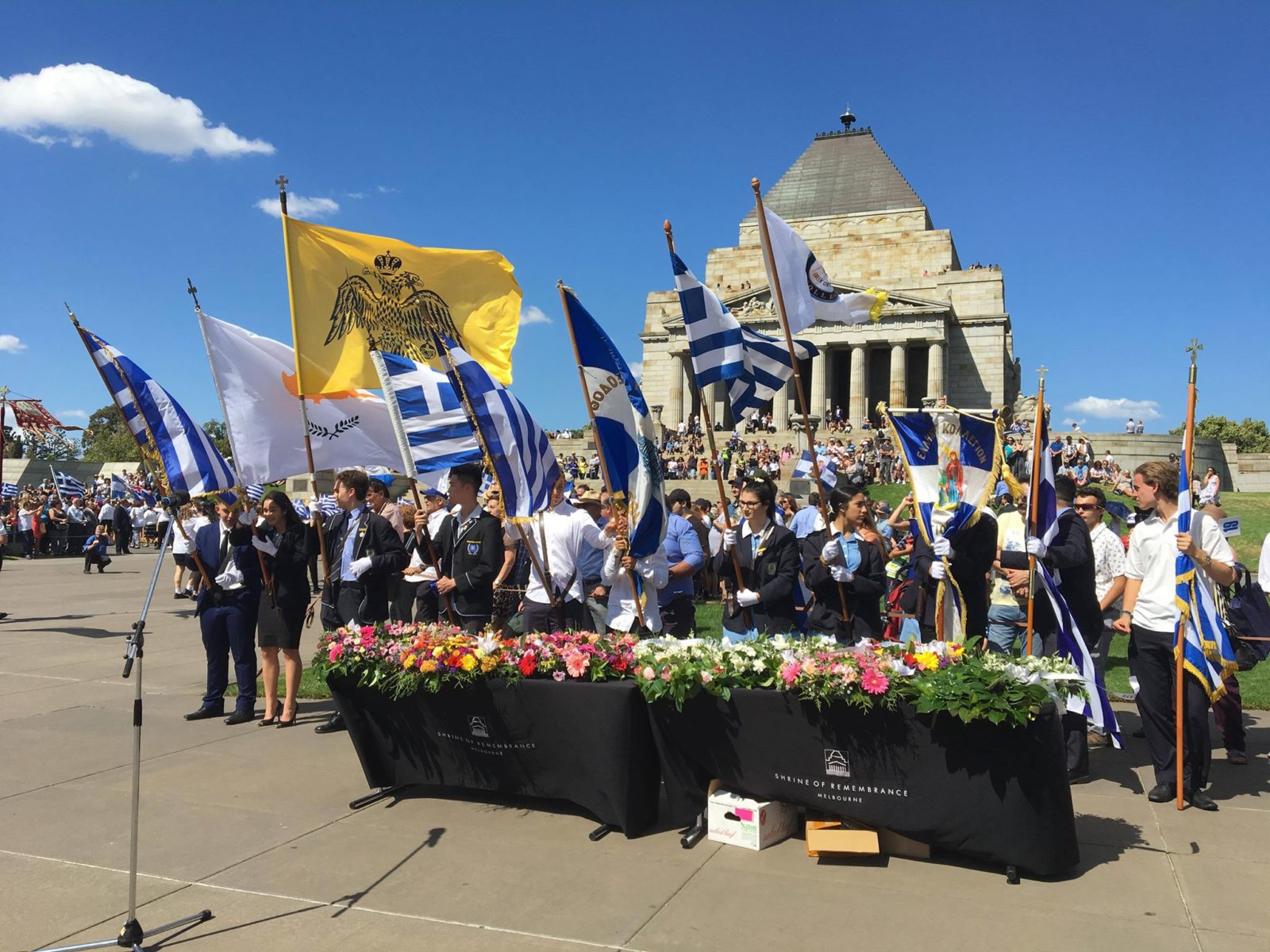 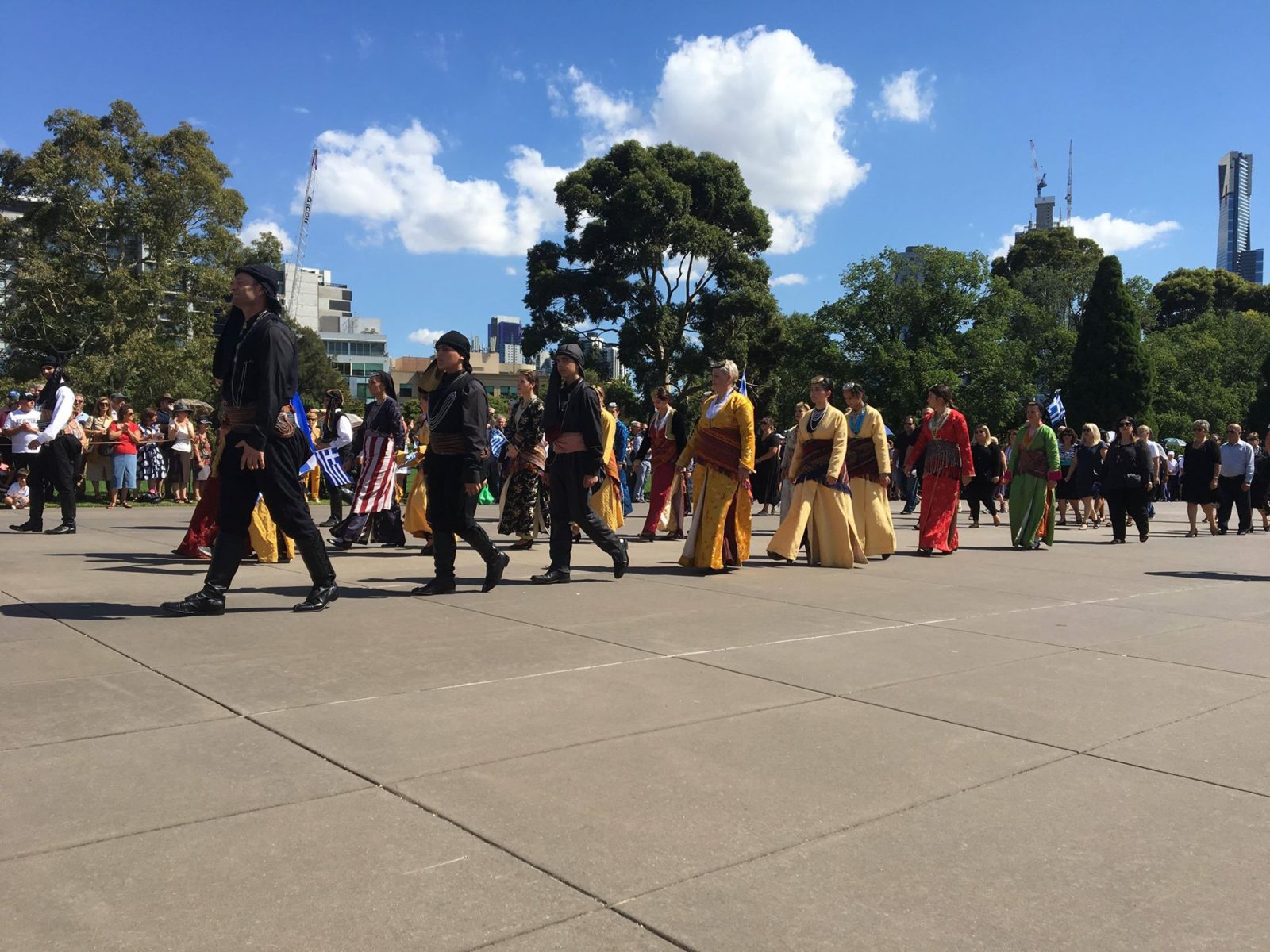 This year’s parade was dedicated to the genocide of Pontian Hellenes. 2019 marks 100 years since over 353,000 Greeks from Pontus were slaughtered by the Ottomans.

The positive displays of patriotism took a turn however before the conclusion of the parade. A cohort of attendees caught wind of George Varemenos’ presence, the 2nd Deputy Speaker of Greek Parliament, and saw it as an opportunity to protest the Prespes Agreement. Their angry and aggressive displays were condemned by a number of onlookers, particularly parents who said their children were scared by the antics, and declared that it was not the appropriate time to protest.

Speeches followed by a number of official guests, including Premier Daniel Andrews and Labour MP Maria Vamvakinou. Once Mr Varemenos took to the lectern, protesters erupted yet again.

Planning for next year’s parade will commence in two to three month’s time.

“We will assess both the positives and shortfalls of the event, and discuss any improvements that we think can be made for next year’s parade,” added Spiros.

See our live stream below of the parade.