Sydney Olympic happy with the scoreline in game with Mount Druitt 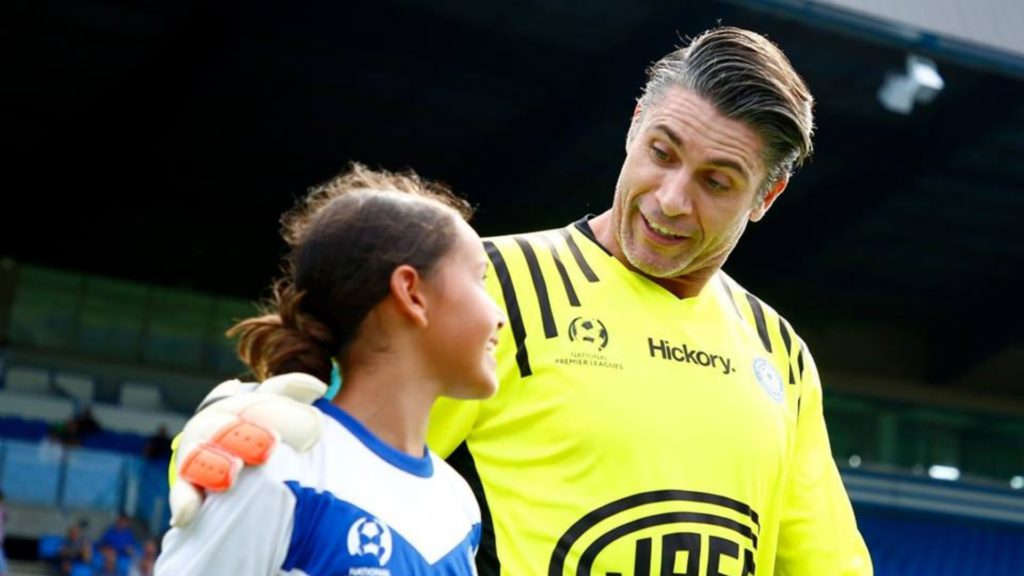 Sydney Olympic FC made light work of its rescheduled NPL Round 2 trip to Popondetta Park in western Sydney with a 6-2 victory over Mount Druitt in Emerton.

Braces from Captain Jason Madonis and Alejandro Sanchez capped off a convincing victory for the Blues, who had to endure an early deficit against their newly-promoted hosts.

A 4th-minute deflection from 20 yards wrong-footed Paul Henderson, slicing cruelly into the Olympic goal and giving the visiting fans more than a few nerves.

Olympic weren’t to be denied however, as they rallied to dominate the midfield and tallied up no less than three goals in reply during a 16-minute period midway through the first half.

Madonis was the thankful recipient of some unselfish play from Sanchez, who made a low pass across goal instead of firing first-time for his skipper to slot home and level the scores on 21 minutes.

In the 28th minute, a gentle Sanchez chip-in from the right flank found Jack Stewart running inside, who slotted coolly past Rangers’ keeper Carlos Saliadarre at the near post to go 2-1 ahead.

Olympic’s dominance eventuated in a third goal when Mitchell Stamatellis, playing his first game of the season after getting injured in preseason against Guangzhou R&F, struck a sweet header into the bottom corner after some wayward home defending.

Mount Druitt’s second goal abruptly ended the Blues’ outright dominance on 41 minutes, when a sweetly-struck free kick by Jordan Gomez beat Henderson in full flight from 25 yards and went in off the crossbar.

The next goal would come in the 70th minute, when a threaded through-ball from Harris Gaitatzis opened Sanchez, whose low effort sneaked in at the far post to extend Olympic’s lead.

And, while the woodwork would deny Sanchez on 80 minutes, his 83rd minute goal was a testament to the Spaniard’s class.

On the end of another through-ball, this time from substitute Nikola Kuleski, Sanchez teasingly drew Saliadarre in to commit before chipping over the Rangers keeper and into the empty net.

The night’s scoring ended just a few minutes later, with six on the board for the Blues.

A low cross from the right by William Angel found Radovan Pavicevic, who has just been brought on for Sanchez, and despite Saliadarre’s point-blank save, Madonis picked up the rebound and evaded the challenge before finishing home.

After full time, Olympic’s Mitchell Stamatellis was understandably happy with the scoreline.

“Always happy to get 3 points on the board,” he said, “and to score 6 away from home is a great effort.

“I’m happy to be back on the park after getting injured [vs. Guangzhou R&F] and get 90 minutes in the legs.”

Blues Captain, Jason Madonis summed up the mood in the Olympic dressing room after grabbing a brace of his own.

“It’s always nice to chip in with a couple of goals but the team’s performance is the most important thing,” he said, “and we showed some great football.

“We’re looking forward to Sunday’s game against the league leaders and hopefully we can make it 3 wins in a row.”

Olympic do indeed face the league leaders in the Wollongong Wolves at Belmore on Sunday, who feature English striker Thomas James who has scored 6 goals in their opening 4 matches. Kick off set for 4pm.