“My dad was my best friend and the best father any girl could ever have,” says Elizabeth, one of his five daughters Stavros Kostaras, 56, was killed tragically on the South Eastern Freeway, near Monarto in South Australia’s Murraylands when his truck collided with the back of another truck, leaving five daughters, four grandchildren and his elderly parents behind.

“I can’t believe we have lost him. I am still in shock. It all feels like it’s all a nightmare. Our dear child is no longer with us,” says Stavros’ 89-year-old mother, Elisavet who was expecting her son to come home on Saturday morning.

Based in Adelaide Stavros Kostaras was an experienced truck driver who had worked in the industry for almost four decades.

On Friday night the father of five left from Melbourne with his truck carrying a load of household goods, including aerosol cans.

“The other truck was stationery in the middle of the road and my father, whose truck was carrying really heavy load didn’t have enough time to stop or swirl and avoid the crash,” says his eldest daughter Elizabeth Kostaras-Gakis. Elizabeth with her beloved father Stavros. 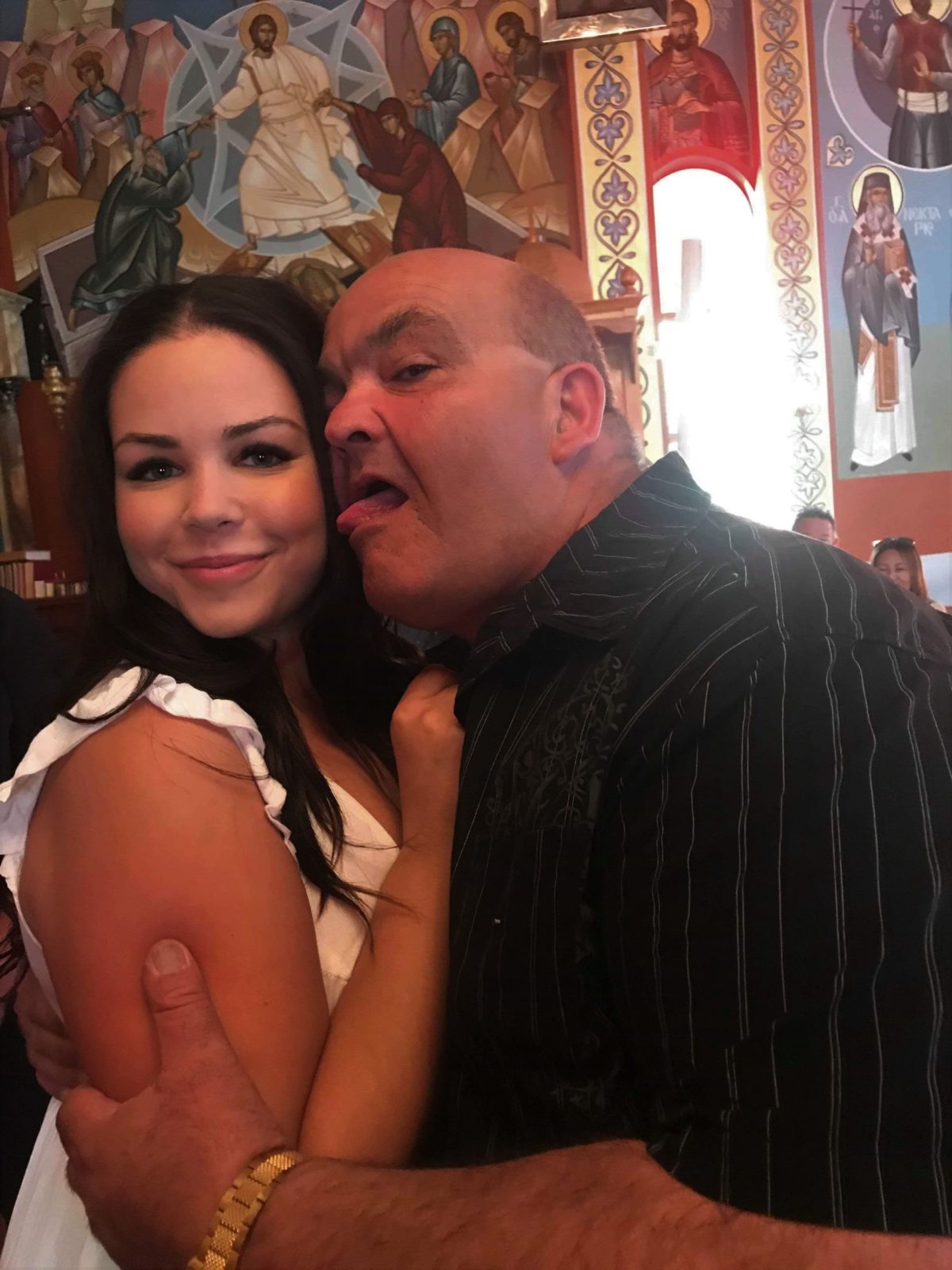 Stavros was a fun-loving, caring man. Here joking around with his daughter Kristen

The rear-end collision happened around 2:30am, 73km from Adelaide.

The crash also sparked a fire which destroyed the Booth Transport truck Kostaras was driving and spread to grass and scrub, requiring several Country Fire Service crews to extinguish the blaze.

“My father was the most loving and wonderful father a girl could ever ask for. He was loved by everybody. He was full of compassion and empathy and he will be remembered for his willingness to help others,” Ms Kostaras-Gakis said.

Stavros Kostaras was born in Mytilini on 14 September, 1963.

He migrated to Australia in 1965 together with his parents and brother.

The tragedy of his death has occurred just weeks ahead of Kostaras’ second daughter’s wedding.

“My sister Kristen is the one that informed me about dad’s accident. She is due to get married in June and when she rang me, I wasn’t going to answer, I was going to pretend I was sleeping because I was like ‘my sister doesn’t ring this early, she’s probably just talking about wedding stuff’,” Ms Kostaras-Gakis said.

Kostaras’ body has not been released and the family is expecting the coroner’s report to be submitted before proceeding with a funeral service.

“We loved him dearly and he will forever live in our hearts,” concluded Ms Kostaras-Gakis, speaking on behalf of the family.