An emotional farewell to our Evzones; Thank you for making us proud!

In a series of exclusive interviews with Neos Kosmos, the Evzones share their thoughts and insights on their historic visit to Australia

Evzones cry… It was hard to hold back tears during this year's Greek Orthodox Easter celebrations in Australia. Photo: Katina Rozaklis

Adelaide’s Greek community turned out in full force to welcome the elite military unit of the Greek Presidential Guard, and to witness the participation of the Evzones in Anzac Day ceremonies and Greek Orthodox Easter celebrations.

Though visits to Australia by the members of Greece’s Presidential Guard are not unusual, Adelaide was the only Australian city to welcome the task force this year. They also got a chance to see a world first – Evzones joining in the Epitaph procession for what was truly an amazing spectacle.

Grigorios Prezerakos, the 61-year-old Lieutenant General and Head of the Military Office of the President of the Hellenic Republic, said that the group wanted to show Australia what it “really means to be an Evzone” while also honouring the Anzacs who fought for freedom and peace.

“The Greeks of the diaspora are Greece’s ‘nuclear weapon’, because despite all the hardships they encountered after migrating to Australia, they still accomplished a lot, while keeping the Greek spirit alive for the generations to come. We feel honoured to have received the invitation to return to Australia and represent our nation in such a manner,” Lt General Prezerakos said.

READ MORE: They are here! The Evzones have arrived in Australia

The Evzones, together with their commanding officer, arrived in Adelaide on 23 April.

South Australian Premier Steven Marshall welcomed them on behalf of the state’s government, hosting a reception at Adelaide’s Parliament House.

Deputy Commander of the Presidential Guard, Captain Nikolaos Vavlekis, 35, was on his second visit to Australia with this mission.

“Watching our Greek Australians come together with such pride to welcome the Evzones is a moment that will be etched in my heart forever and proof that the Greeks of the diaspora know how to honour their ancestors and keep the flame for Greece lit despite distance and time,” he said.

During Holy Week, the Evzones also visited St George Orthodox Church where His Grace Bishop Nikandros congratulated them on their ethos and thanked them for bringing such an important piece of Greece to Australia.

Scheduled visits also included St Basil’s Homes (SA), Adelaide High School and St George Greek Orthodox College where the leader of the Evzones gave an informative speech on the history of the Presidential Guard and its significance.

The highlight of the visit was Anzac Day, when the Evzones paid their respects to the WWI soldiers at the Dawn Service and commemorative wreath laying ceremony before marching to the War Memorial at North Terrace in Adelaide.

READ MORE: Evzones make history standing guard at the Epitaph in Adelaide for the first time

“These young men brought Greece to Australia showcasing the best that Greece has to offer. We just feel so proud that for the third consecutive year Adelaide had the honour of hosting them. Thank you for making us so proud to be Greek,” said Harry Patsouris, Trustee of the Foundation for Hellenic Studies, who initiated and coordinated the visit.

The blood, sweat and tears we poured into becoming Evzones were well worth it when we saw the love, pride and admiration on our Greek brothers’ faces.

According to the Members of the Presidential Guard, the positive energy, the pure love and the warmth they experienced from the people in Australia will forever stay embedded in their hearts.

Dimitrios Vervitas, age 23, Pyrgos Ilias
“We say goodbye to our Greek Australian brothers who welcomed us with open arms here in South Australia. We hope that in return our presence made them feel even more proud to be Greek.”

Christos Spyropoulos, age 22, Larisa
“Coming to Australia to showcase what it means to be an Evzone was a once-in-a-lifetime experience for us. We will never forget the love and admiration our Greek Australian brothers showed towards us during our visit. The Greek flame ignited when we all got together to celebrate Easter.”

Alexandros Nikolaidis, age 23, Thessaloniki
“We brought Greece’s history to Australia and we are so honoured that, for the first time ever in 150 years, the Evzones stood guard at the Epitaph. This is something that has never happened anywhere else in the world.”

Konstantinos Manolis, age 22, Evia
“We have poured so much blood, sweat and tears in becoming Evzones. Seeing the admiration, the love and hope in the eyes of our fellow Greeks made it all worth it. There were a few moments where we all fought hard to hold back the tears.”

Georgios Kakogiannis, age 27, Nafpaktos
“We were really humbled by the heartfelt and genuine welcome. Thank you to everyone for making us feel like home away from home. We will never forget you!”
According to Mr Patsouris, the feedback from the community has been overwhelming.

If there is one thing that unified our community here in South Australia last week, that is the outpouring of love and respect that we all experienced when we welcomed the Evzones to Australia.

Until we meet again; thank you and farewell λεβέντες! Evzones cry… It was hard to hold back tears during this year's Greek Orthodox Easter celebrations in Australia. Photos: Katina Rozaklis Members of the Hellenic Presidential Guard made all Greek Australians proud as they marched to commemorate the anniversary of ANZAC Day. 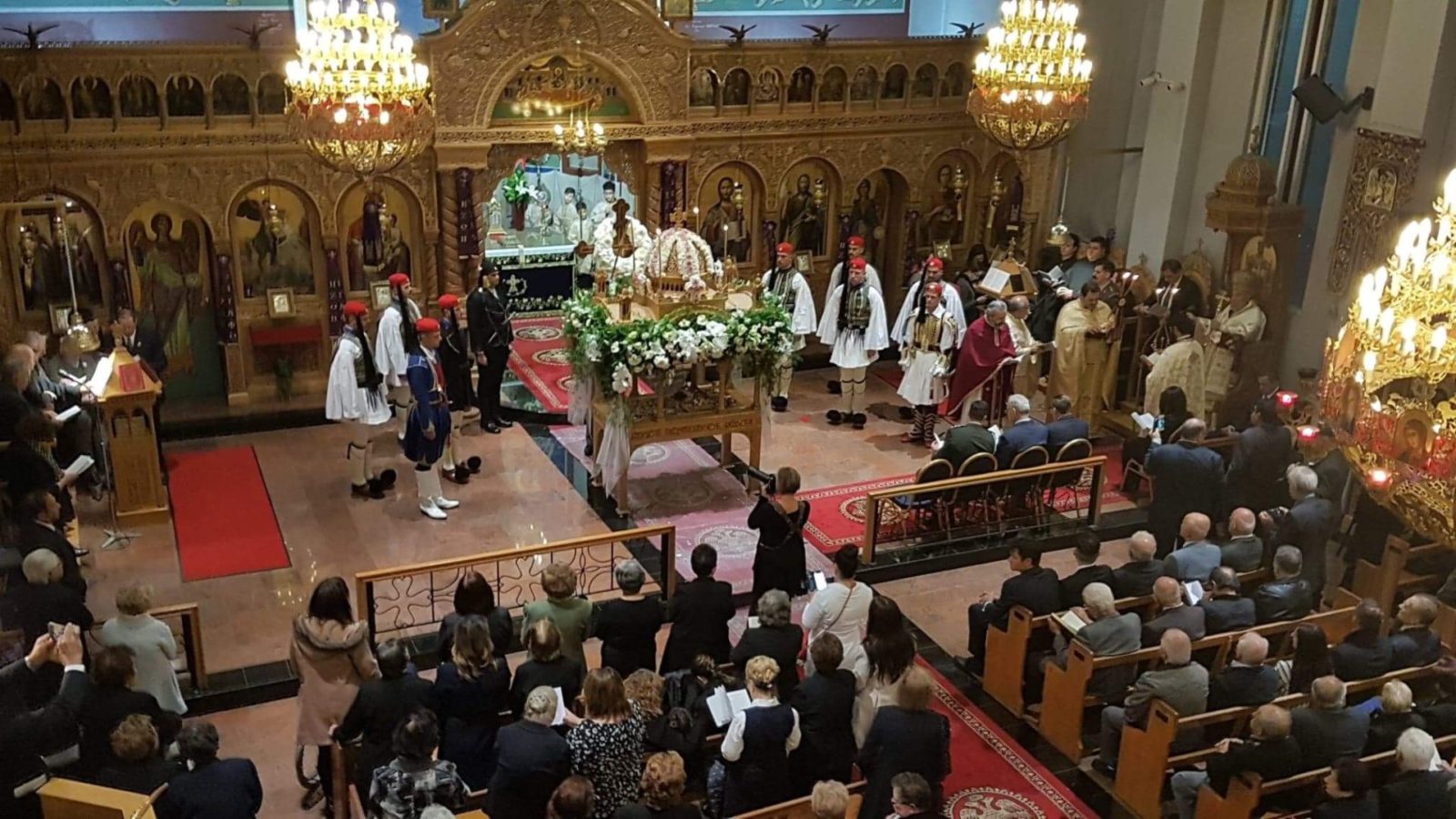 A birds-eye view of the Epitaph service, where Evzones made history standing guard in Adelaide for the first time. 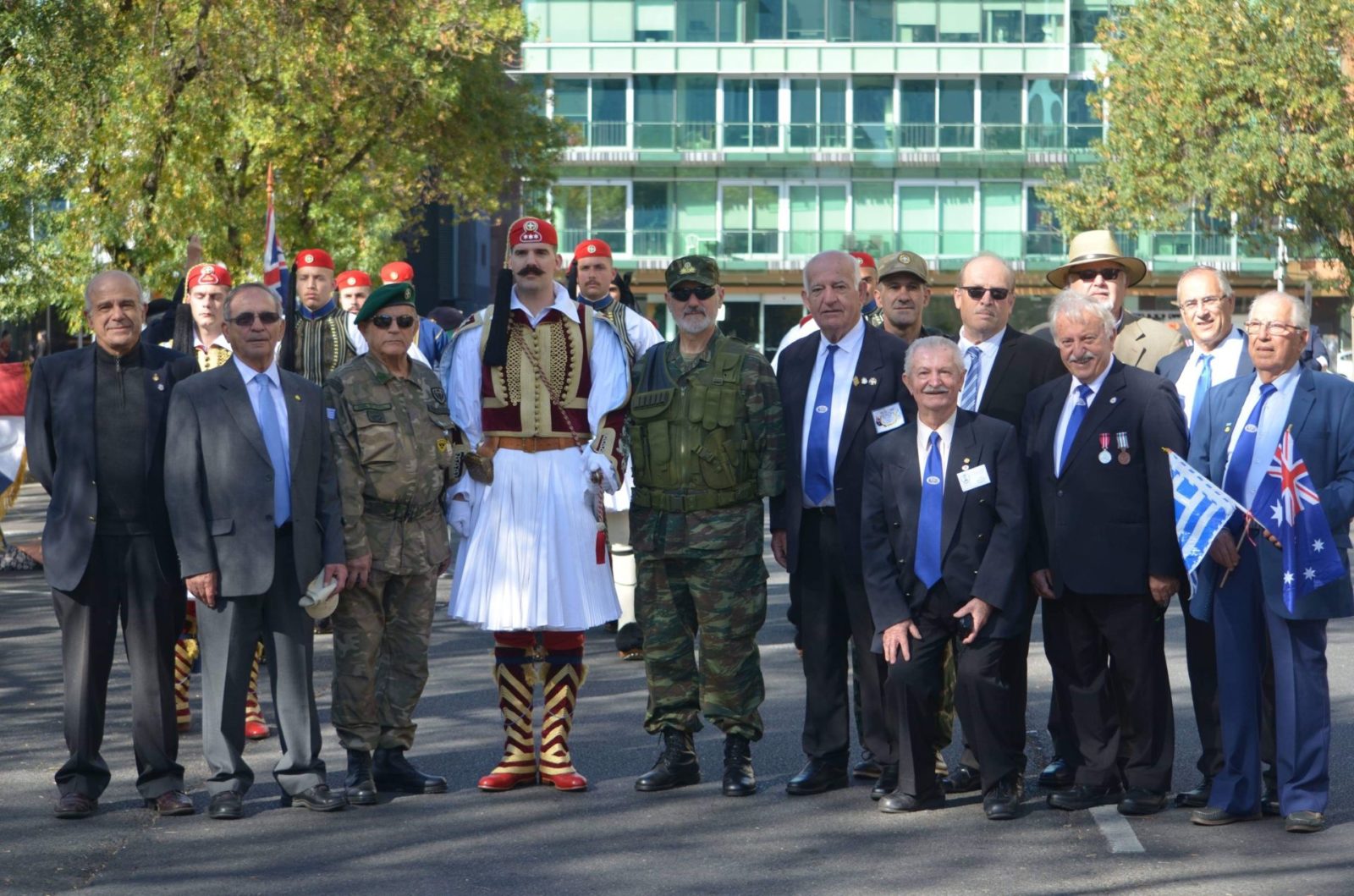 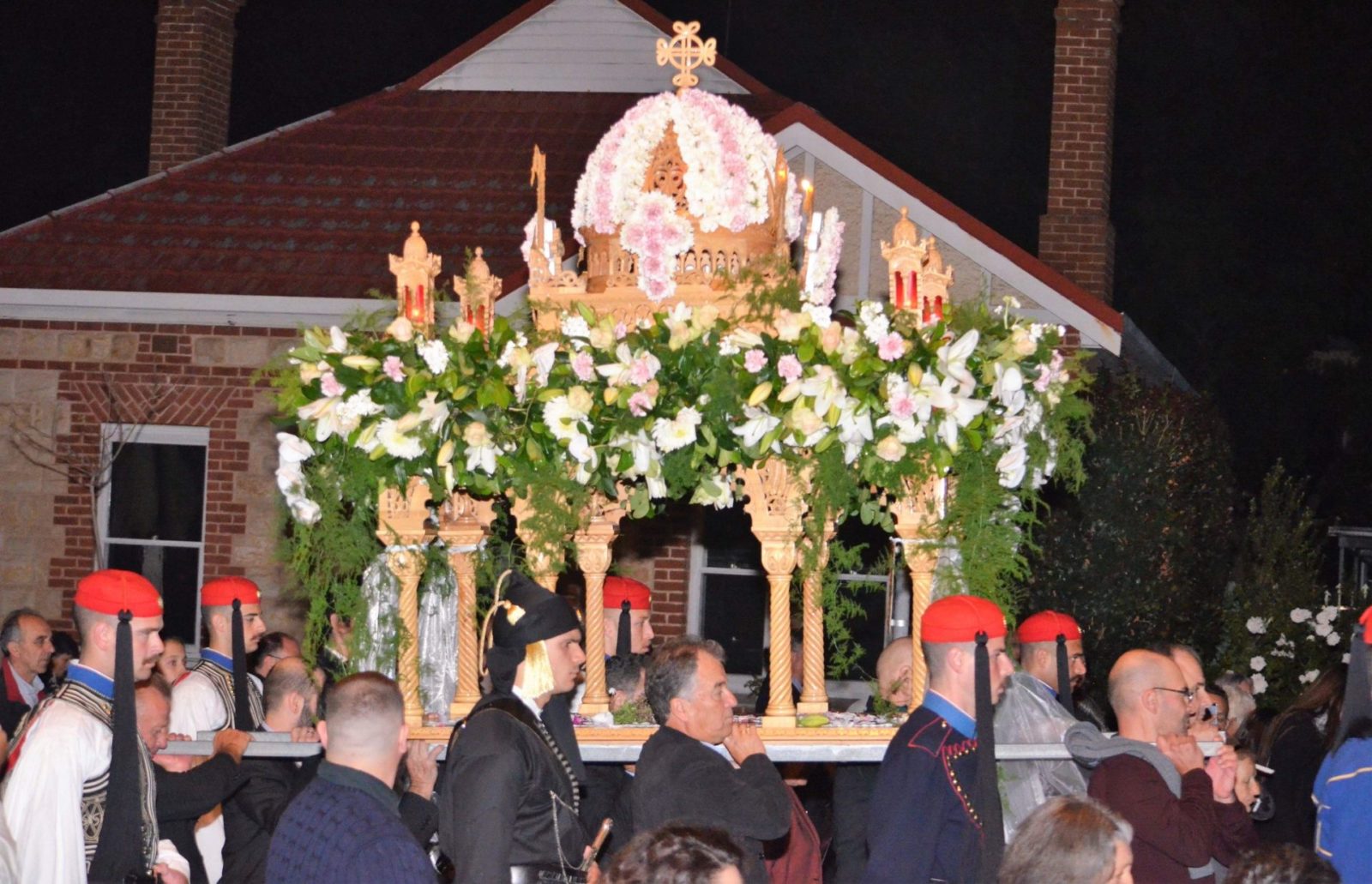