It was yet another bad night for South Melbourne on Sunday.

The Greek club failed to get any points against the Oakleigh Cannons, a side that hasn’t been fairing much better this season.

An own goal by Marshall on the 31st minute led Esteban Quintas’ men to lose focus, and even though they tried to find an equaliser in the second half, they were never able to break down the visitors’ defence. Oakleigh Cannons goalkeeper Kennedy attempts to block the ball under the watchful eyes of the South Melbourne forwards. 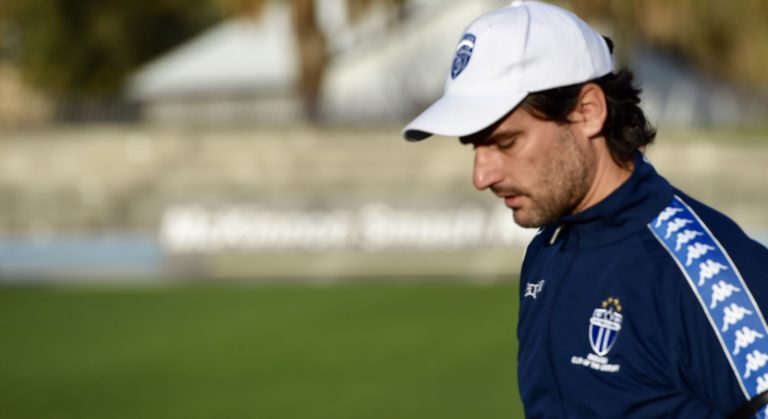 South Melbourne coach Esteban Quintas will have a lot to think about after this disappointing result. A hard-fought contest saw the visitors walk away with the three points from Lakeside. In the end, the Cannons managed to score a second with Dimmanche seven minutes into injury time, adding further salt in the wounds of South Melbourne, who now remain without a win for three consecutive games.

South Melbourne now sit in 11th place on the ladder, with 11 points from 10 matches, as they turn their attention to next week’s away game against Altona Magic.