The Hellenic Initiative Australia has announced an AU$35,000 grant to fund the Emfasis Mobile Support Unit (MSU) for a second year, supporting more than 1300 homeless people and rough sleepers in Athens and Piraeus.

The Hellenic Initiative Australia President, Nicholas Pappas AM, said the expansion of Emfasis’ social streetwork programs over the past 12 months had provided much-needed assistance to people living on the street, on the verge of homelessness or facing serious survival challenges and social exclusion.

“With the support of THI Australia, Emfasis has been able to reach out to more people in need and make a difference in these people’s lives. We are pleased to be supporting Emfasis for a second year,” Mr Pappas said.

“The economic hardship experienced in Greece over the last decade has led to a dramatic increase in homelessness and people living in a street situation,” said Emfasis Co-founder, Maria Karra.

“The critical support from THI Australia will allow us to continue to help improve the life conditions of people living on the streets in Athens, where the need is as great as ever.

“This is not just immediate relief and one-off assistance, we provide long-term support to help people find temporary housing and employment and reintegrate gradually into the community,” Ms Karra said. 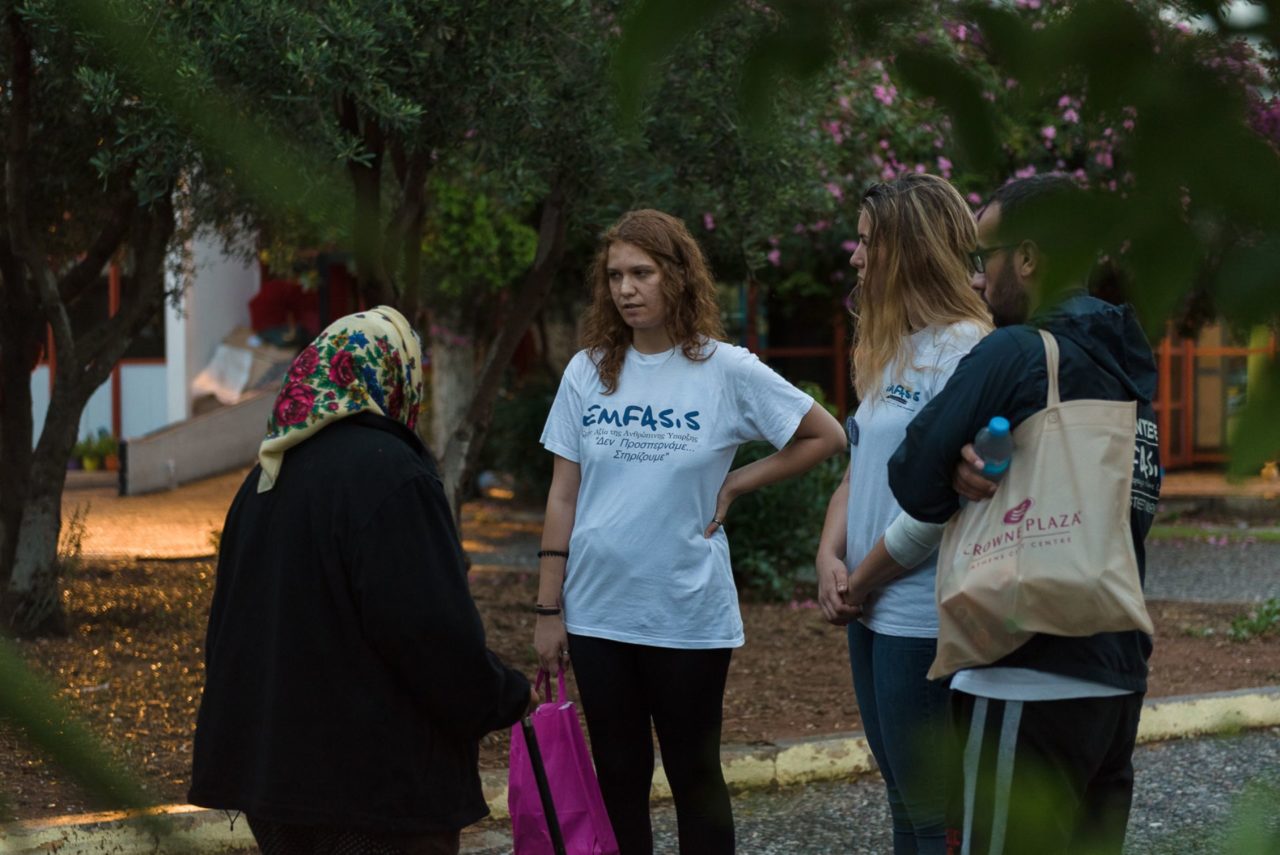 Founded in 2013, Emfasis teams of sociologists, psychologists and other specialists and trained volunteers aim to improve the personal and living conditions of those in need, empowering people to reintegrate by helping them access social support services and medical care, assisting them to re-establish ID card or social insurance benefits and providing other follow-up care.

Emfasis also conducts detailed demographic mapping of underprivileged areas and populations, in order to identify the exact needs and profile of vulnerable groups in Athens.

“The grant from THI Australia has enabled us to provide a consistent presence in the field through the Mobile Support Units during the past 12 months. We have been able to establish relationships of trust and significantly increase the number of follow-up cases,” said Ms Karra.

“Having a stable team and a stable presence has almost tripled the number of people that we have helped empower to attempt a better life.”

*Watch the video below showing a shift with the MSU at Piraeus: