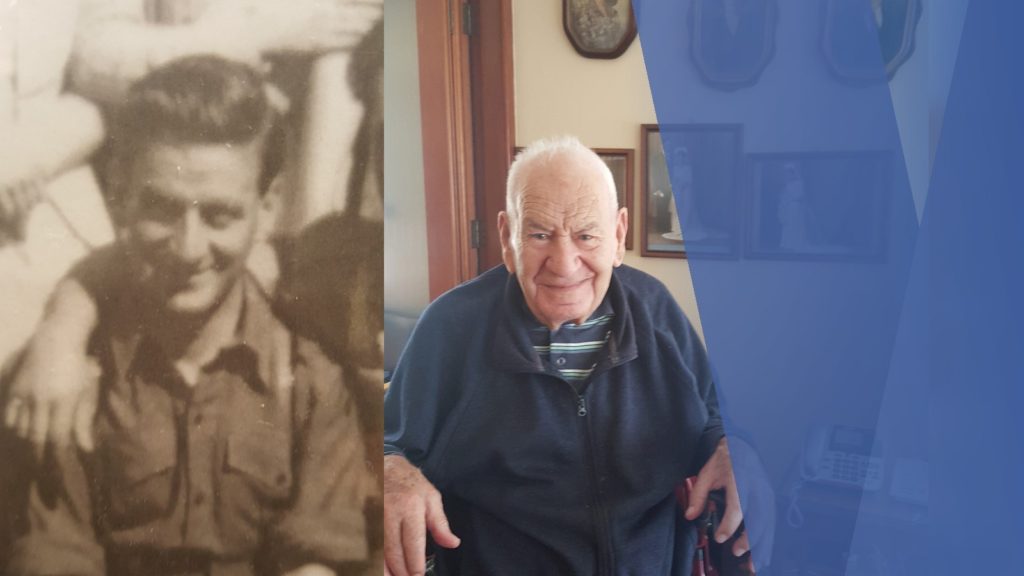 Nick Economos celebrated his 100th birthday on 8 May!

Born on 8 May 1919, he enlisted in the Australian Army on 31 March 1942. He served predominantly with 2 Employment Company at the Myambat Ammunition Depot in the Hunter Valley of NSW.

Apart from loading munition trains, which were railed to the port of Cairns and then sent to various locations in the Pacific, he fought several major bushfires which threatened to blow up the depot, and one of which destroyed a nearby settlement.

During one of these fires, a man in his section was overcome by smoke and Nick dragged him down the mountain and carried him to the first aid before he was transferred to hospital.

Nick’s advice for younger veterans is to embrace the experience and hopefully they will gain positive experiences as well as lifelong friendships.

Nick discharged from the Army on 14 June 1946 at the rank of Corporal.