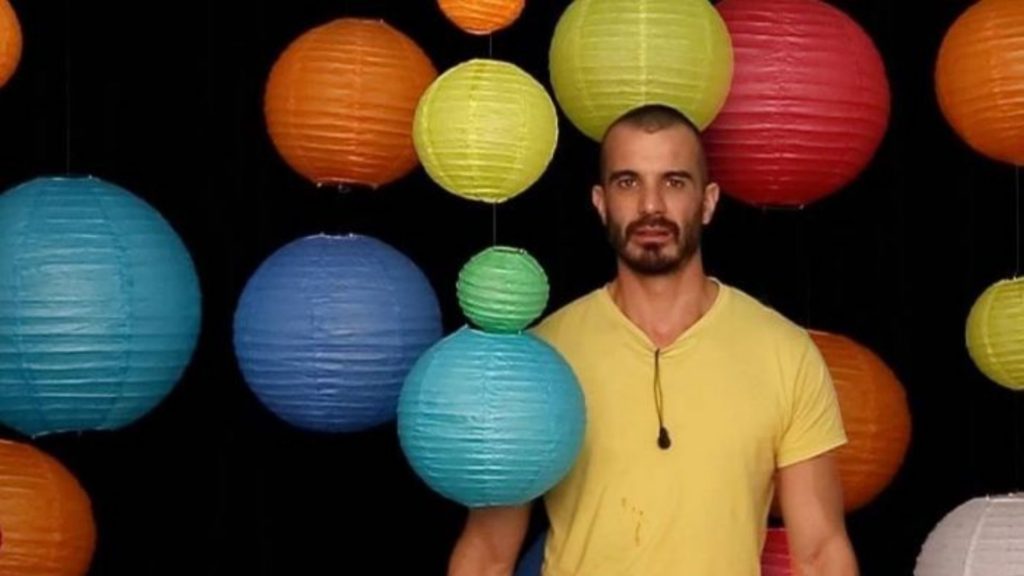 Greek Australian Nik Dimopoulos was left undergoing surgery for serious fractures to his arm following an alleged police operation at a Fitzroy property at 2am on Saturday.

Residents say that heavily armed police officers allegedly stormed into the man’s apartment searching for what they were reportedly told was an “armed member of a Lebanese gang”. Police entered the Fitzroy property that is attached to the gay community bookshop and cafe Hares and Hyenas on Johnston Street.

A description of the incident was posted on social media by Crusader Hillis and Rowland Thomson, bookshop owners. They say that the police failed to properly identify themselves and caused serious injuries to Mr Dimopoulos while restraining him.

The post states that the police did not identify themselves and stormed into the room. Mr Dimopoulos thought it was an “anti-gay home invasion” and ran downstairs where he was forcefully detained. 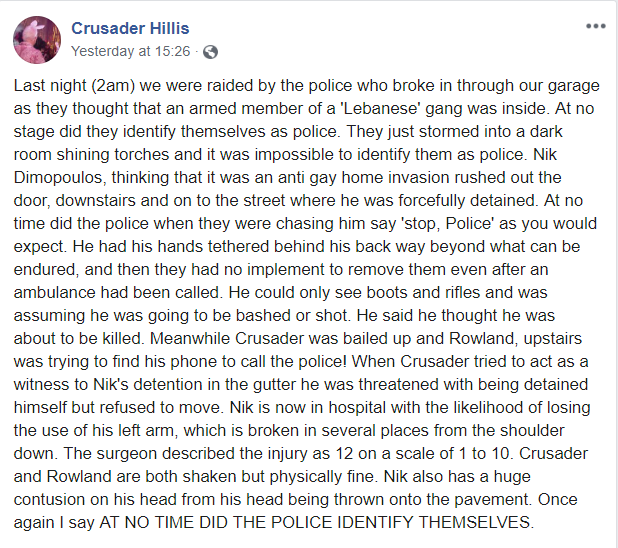