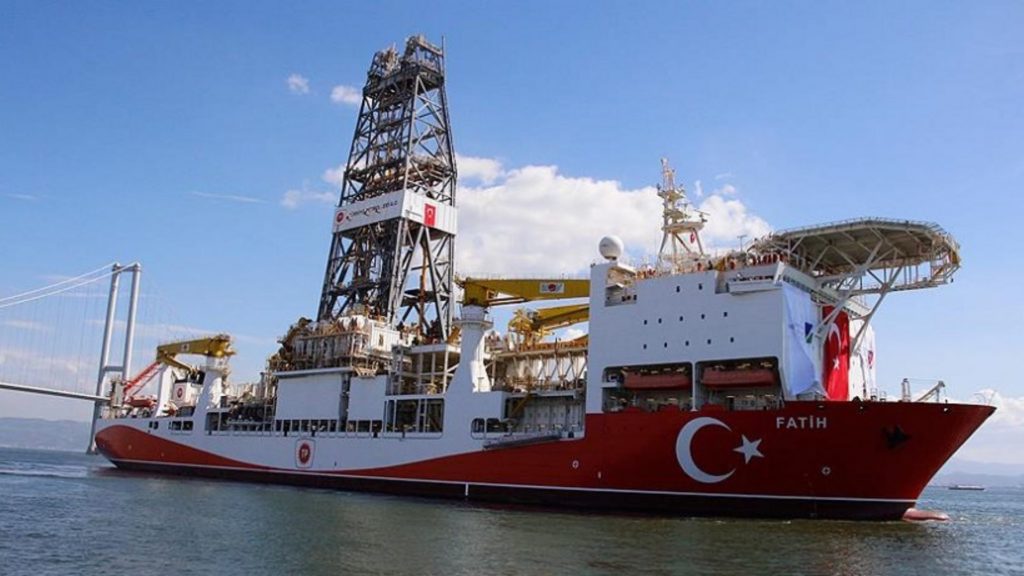 Ill-advised by EU and Western Powers (so as not to ‘provoke’ Turkey) Cyprus has shamefully opted to register Cyprus’s EEZ coordinates and its continental shelf at the UN. Failing to do so, it has certainly exposed political ineptitude in a country that failed to carve out a powerful defence policy.

It finally dawned on the government that it was bad advice and did the right thing but as always, far too late; Ankara this week grabbed the opportunity and set out to establish ‘grey areas’ by sending its drill ship Fatih within the territorial waters west of Cyprus and in so doing effectively questioning the rights of Cyprus’s EEZ sovereignty. It also threatens to explore the waters east of Cyprus with a second newly purchased drillship.

Ankara’s incursion proves that Cyprus was caught napping again. Turkey has in fact invaded Cyprus for the second time since 1974 and (except for rhetoric) nobody is prepared to stop this NATO bully when Fatih starts drilling for gas in the next few days and destabilise the entire region! According to Sultan Erdogan it is: “Allah’s wishes to take what belongs to the Turks and human rights are not inscribed in the Koran”. That’s the kind of distorted mentality one has to deal with and if allowed to continue uncontested, one is doomed!

Meanwhile, the government turned to the UN and EU who unfortunately both so far offered a sympathy card rather than taking action by imposing strong political and trade sanctions against Turkey. It seems as if the small island of Cyprus has been abandoned to face Turkey’s provocations and military occupation on its own!

Consumed by domestic petty-politics no government has managed so far to develop and introduce a long-term blueprint for a national defence plan to make the country feel safe. Instead, it continues to adopt a makeshift policy in the interest of party dogmatism and EU directives.

In fact, the government had choices but never enjoyed a daring strong leadership. Under the current situation, it could initiate closing all the erroneous crossings along the UN Green Line; stop the failed BBF pseudo-negotiations and demand EU/UN economic sanctions but also make it abundantly clear that Turkey would never join the EU unless Cyprus approves its application.

Cyprus has a powerful EU Veto in its hands and if willing it could insert political pressure on the EU and Turkey but never did so; it prefers to remain the ‘good boy’ so as not to offend others and EU masters.

It is time for Cyprus to rethink its foreign policy, loyalties and alliances…