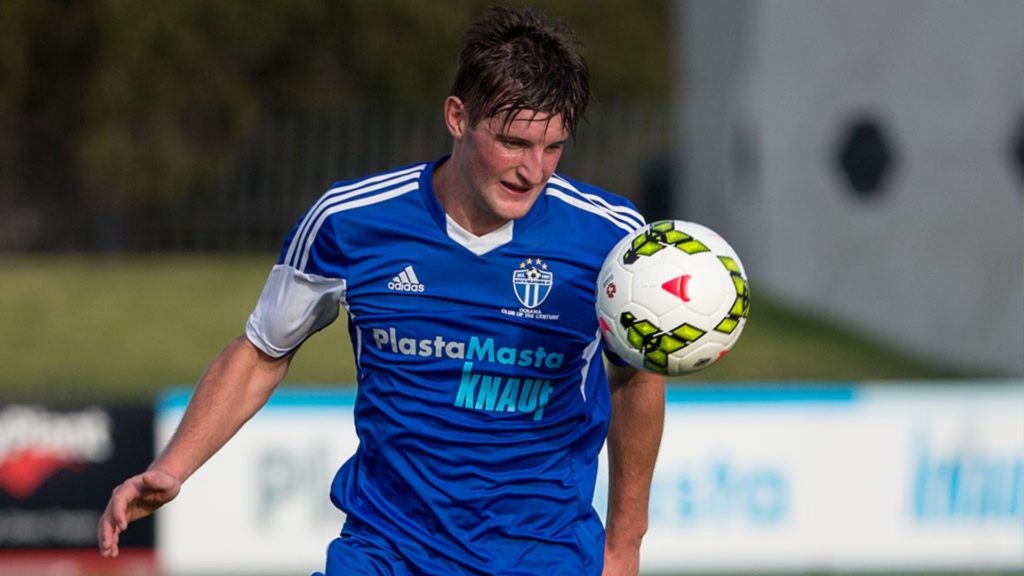 This week, former Bentleigh Greens, South Melbourne and Oakleigh Cannons footballer Andy Brennan became the first Australian footballer to have played at a professional level, to come out and announce he is gay.

The 26-year-old Hobart born winger, played five games in the A-League for Newcastle Jets between 2015-17, in amongst stints at Bentleigh Greens, followed by seasons at South Melbourne and then Oakleigh Cannons last year. He currently plays for NPL club Green Gully. Brennan made the announcement on his Instagram page on Tuesday, saying:

“It’s taken me years to get comfortable saying this — I’m gay.”
“I was scared it would affect my friendships, my teammates, and my family. But the support of the people around me has been so great and helped me get to the final step; being completely open.
“Being open is the best way for me to feel most comfortable and be myself”

Speaking to the Herald Sun, Brennan said, “Statistically speaking, people playing sport, whether it would be football or AFL or any sport, you’d think there were more who would be gay,” he said.

“There is a bit of stigma within the sport and if people are going through what I went through, (they may think) it’s not okay because of not being accepted.”

“This isn’t a call for those people to come out and tell everyone who they are. They shouldn’t have to, shouldn’t need to.”

“If there’s people out who’ve had that burden, especially playing sport, and feel like they can’t be who they are in a professional or amateur environment, it’s vital they see others accepted.”

Brennan’s decision to come out publicly, comes amidst the recent controversial homophobic comments by Rugby Union star Israel Folau. An independent panel is currently preparing its final deliberation which could see Folau’s contract terminated for breach of players’ code of conduct.

Professional Footballers Australia (PFA) chief executive John Didulica said: “It is really encouraging that football has provided Andy a safe and inclusive environment to share his story and to feel comfortable to come out publicly.”

We’re not doing our job well enough if participants have a perception that their sexuality prevents them excelling or from building the trusting friendships that are the cornerstone of sport.”